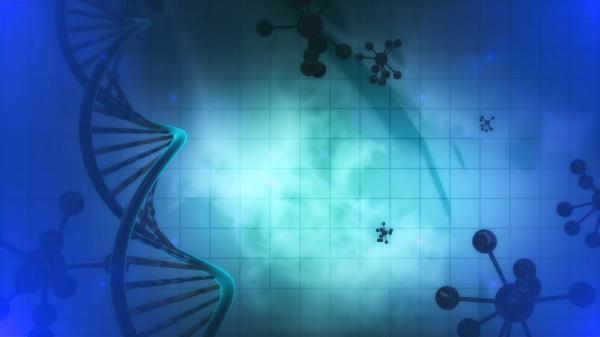 Nina: Nana, have you heard of the latest Nobel prize in chemistry?

Nana: No. But the physics Nobel was awarded to Penrose Genzel and Ghez and for their research on blackholes. If only you would disappear into one, but never mind. I don’t want to hear about how you’d escape as Hawking radiation.

Nina: I would, but the chemistry Nobel was awarded for some really fascinating and intriguing research Nana. It’s about gene editing tools developed based on seminal research done by Emmanuelle Charpentier and Jennifer A. Doudna.

Nana: Really? Can I edit your genes to make you less annoying.

Nina: I sure hope not, though a doctor in China did use it to produce some genetically edited babies.

Nana: I see. Sounds very interesting. What did this doctor do?

Nina: Nana, he altered the genes of the babies in an effort to make them HIV resistant. But it’s wrong and he was put in jail. Don’t you even think about it. Don’t you love me just the way I am?

Nana: You’re kidding, right? But if one can’t use it for designer babies then what use can this tool be put to right now?

Nina: To help plants to withstand mold, pests and even drought and prevent mosquitoes from carrying disease, Nana. Also, trials are going on to cure some cancers, sickle cell disease and inherited blindness.

Nana: How is this ethically any different from what the Chinese doctor did?

Nina: These therapies are being tested in adults and children, and won’t lead to DNA changes that can be inherited.

Nana: Something this powerful is sure to be dangerous. The discovery of nuclear fission gave us the atoms bomb and years of cold war and a world tittering on the edge of mutual destruction. So what form of devastation does this tool bring bestow upon the world?

Nina: Nana you really are cynical. But it’s true. Any powerful tool is a double edged sword. How it serves us depends on how it is wielded. Unfortunately, this one if improperly used can cause ecological disasters.

Nana: Humph! As if climate change were not bad enough!

Nina: Nana, don’t be such a wet blanket. Wait till you hear how this amazing tool was discovered. You’ll be blown away. Just like bad can come from good, good too can come from bad.

Nina: Not big Nana, but very very small indeed. It was discovered by Emmanuelle Charpentier’s when she was studying Streptococcus pyogenes, one of the bacteria that cause the most harm to humanity.

Nana: Oh and how did this villainous bacteria unwittingly help humanity? Must have hated what it did to its street cred. Hyuk.

Nina: Funny, funny Nana. Charpentier and Doudna studied the bacteria together and learned the bacteria’s technique of fighting viruses by making RNA copies of the virus and storing it in it’s own DNA to thwart future attacks by the same virus. Diabolical eh, Nana?

Nana: That’s a lot like what our own immune system does.

Nina: Yes, but the bacteria’s way of doing it, helped the scientists figure out how to edit DNA, snip it, activate or deactivate genes, and now the research has progressed to a point where scientists can edit even single letter in a DNA strand. It’s really quite marvelous Nana, especially from a basic science point of view. The tool will help us better understand the basic building blocks we are all made of.

Nana: I doubt it will help you. You’re definitely not made of the stuff the rest of us are made of.

Nina: I’ll take that as a complement, Nana. I’m so inspired by these women. One day I am going to win the Nobel in chemistry too. Let’s see now. What can I discover ….