The above image is by Anynobody - Own work by uploader CC BY-SA 3.0 This image was created with Blender (software).

Did you know that meteoroids could scramble your brains? My goodness, they go through a name change, every time they change their address. Can you imagine how much trouble they cause the cosmic Aadhar authorities?

So meteoroids are rocky or metallic objects, a lot smaller than asteroids, and larger than micro-meteoroids. They are typically fragments of asteroids or comets, that hang around in space.

But the minute they enter the earths atmosphere, boom, they undergo a name change, and are now called meteors.

And then bang, they crash on to the surface of the earth, and boom, another name change! Now they are called meteorites.

Good luck with keeping all of that straight. Didn't I tell you they scramble your brains? But hey, meteor showers are beautiful, so who really cares?

Let's see what Nina and Nana have to say about meteoroids/meteors/meteorites. Gosh! I think I need to cool off with a shower. 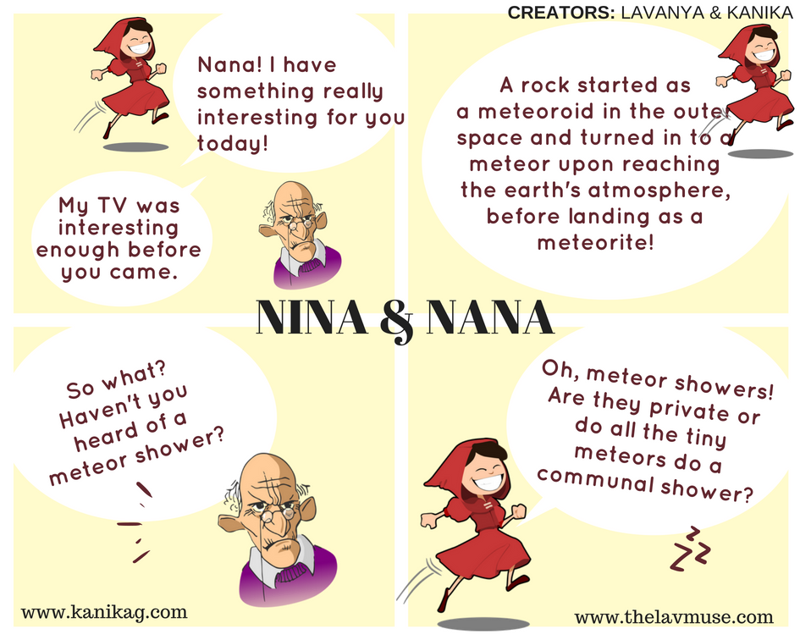