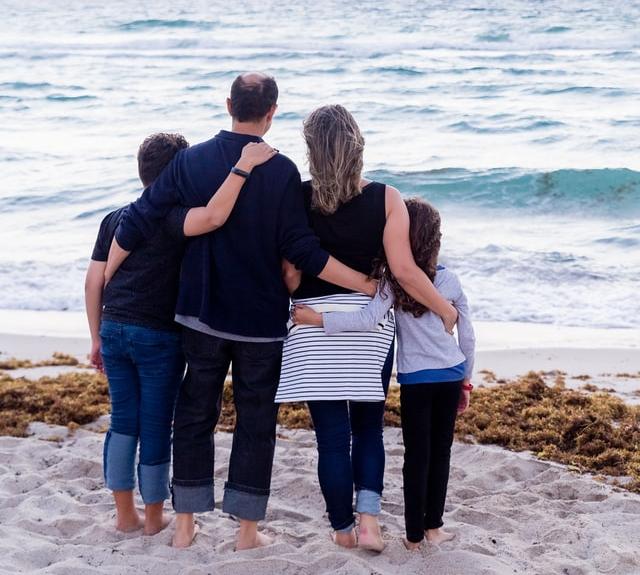 Photo by Patricia Prudente on Unsplash

Nina: Nana, look I wrote a poem about dinosaurs. Mama is sending it to her friend who runs a magazine, to get it published. Isn’t that awesome?

Nina: Nepotism! Nana, I have written a good poem. My mother thinks so, and she is recommending me for publication.

Nana: Yes, but you wouldn’t have had this opportunity if your mother did not know the owner of the magazine, right? So that’s nepotism by definition.

Nana: Networking is when you create your opportunities, Nina. This one is being handed to you by someone you are related to. It’s nepotism.

Nina: As a child what other kind of network can I possibly have? Perhaps, with school friends, but not much more than that.

Nana: Then don’t publish, or have your mother send the poem to magazine editors she does not know.

Nina: But those editors will most likely not even look at my poem. Without some sort of networking, I will be completely ignored, no matter how good my poem is. It will go directly to their trash or worse spam, without them even opening the email.

Nina: Why is it fair that my talent should go unnoticed, when I have an opportunity to have it noticed? Shouldn’t I make the most of my opportunity? What makes other networks more ethical than family networks?

Nana: You have to work on creating other networks. It’s not easy.

Nina: But it is easier for those who are good at networking. Is it fair, that they get to have their work recognized more than those who have done a better job but are not good at networking? And if networking is a good thing, then shouldn’t one use every available resource including family networks ? In fact, according to this article, one may go so far as to say, that the stigma on nepotism is because developing countries use it, while networking is applauded because it is prevalent in developed nations.

Nana: A family advantage is an unfair one. You are born with it. You did not work for it.

Nina: So is family wealth. But it’s not considered nepotism, if you get a good job based on qualifications that you could never have managed without your family being rich and sending you to a fancy school or college, and or getting you tutors. Besides, what about the networking you manage because of the fancy school you went to, or a family club membership. A slum kid couldn’t have access to the same network. So isn’t that nepotism too? Networking is easier for those blessed with family connections or wealth. Is that ethical or fair?

Nana: Oh stop being silly and taking it to extremes. Some people do build networks from scratch.

Nina: And some talented people have talented offspring. My point is the lines are blurry, and nepotism happens all the time, even when someone is completely qualified. Now, Mama shares all my writing on Facebook, and she calls herself a #ProudMama and everyone thinks that’s great. But suppose Mama was a famous writer like J. K Rowling and she did this, and I got famous and cut a book deal, would it suddenly be wrong for her to be a proud mama and do the things any mom would have done? That doesn’t seem fair either.

Nana: So are you saying nepotism should be encouraged?

Nina: No. Of course, not. I’m just saying it exists, and in a properly functioning society, it is self correcting.

Nana: What does that mean?

Nina: If nepotism goes too far and is blatantly unjustified, the company or organization practicing it has inferior quality output and eventually fails.

Nana: Only if society is properly functioning and is not already suffering from rampant corruption. That’s a big if.

Nina: I agree with that, Nana, but nepotism under certain circumstances, can serve a purpose.

Nana: Really! Now you’re going to tell me that this abominable practice is not only unavoidable, but also good? Hmph.

Nina: When you know someone well, you know what to expect from them and how they will fit in to your organization, and it may be the safer choice than betting on someone based solely on their marks, or degrees. That’s why some organizations value recommendations more than qualifications, because qualifications do not say much about work attitude, nor do they put things in context of work environment.

Nana: Are you advocating this disgusting practice?

Nina: No Nana. I am merely pointing out that it’s not a simple issue. Companies that are funded by share holders or public funds should be especially careful not to indulge in either nepotism, or use of networking, because they bear a responsibility to many, and have to be fair and transparent in their hiring practices with clear cut rules. But in case of private enterprises, the entrepreneur can rely on instinct to do what they think is best for their business. For example, a private company hiring the child of a famous friend gains a lot in terms of publicity, and they might weigh that against the diminished qualifications of the hired individual.

Nana: And you see no issues with this? What about it leading to racial discrimination or casteism in hiring practices? You think that’s okay for private companies?

Nina: No Nana. Like I said, this is a complex issue, and this is one of the big dangers of going down the slippery slope. Also, a culture of rampant nepotism can lead to a corrupt and inefficient society. All I am saying is, while a societal taboo against nepotism inspires everyone to do their best and work for rewarding careers, the line between nepotism and networking is blurry. The two aren't as different as their ethical reputations might suggest.