As the famous saying goes: Laws are like sausages. It's better not to see them being made. But laws and pigs may have more than sausages in common.

Lavanya and I were discussing some truly nutty laws in various parts of the world, wondering which one might make a great subject for a Nina and Nana cartoon, when we came across one about pigs that sparked so many literary references, we absolutely had to use it.

So did you know that, until recently, in France it was illegal to name a pig Napoleon? Now come on! How many of you know a pig named Napoleon?

Hint: Think about a book about a farm by that famous British author? Ah now you know. And if you don't, Nina and Nana will remind you.

If the story of the pig named after the Emperor of France has made you feel all depressed, I know who can cheer you up. Another pig, of course! This one is the Empress of Blandings, who answers to the famous pig call, Pig-hoo-o-o-o-ey.

No, that did not make you giggle? Well then how about Porky? Remember the stuttering pig from the Looney Tunes cartoons? Unless you have a heart of stone, you definitely cracked a smile. So my job here is done. The-The The-Th-Th-That's All Folks!

PS: Pigs seem to be exploding all over children's literature too. As old McDonald would say, here an oink, there an oink, every where an oink oink! So pick your favorite pig, whether it is The Three Little Pigs, or Piglet from Winnie The Pooh or Peppa Pig, and pig out on reading, because that's always a fun way to spend the day. Know of more literary pigs? Be sure to mention them in the comments section.

Now over to Nina And Nana 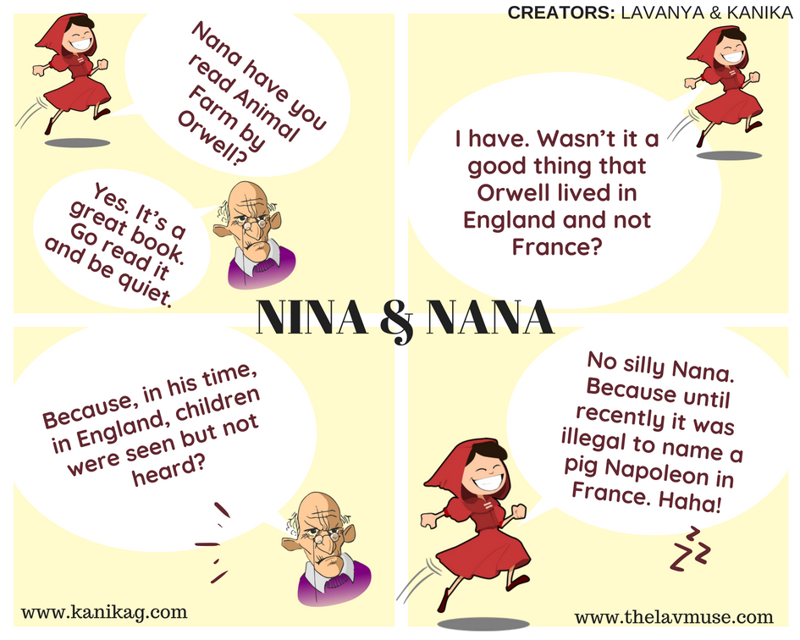