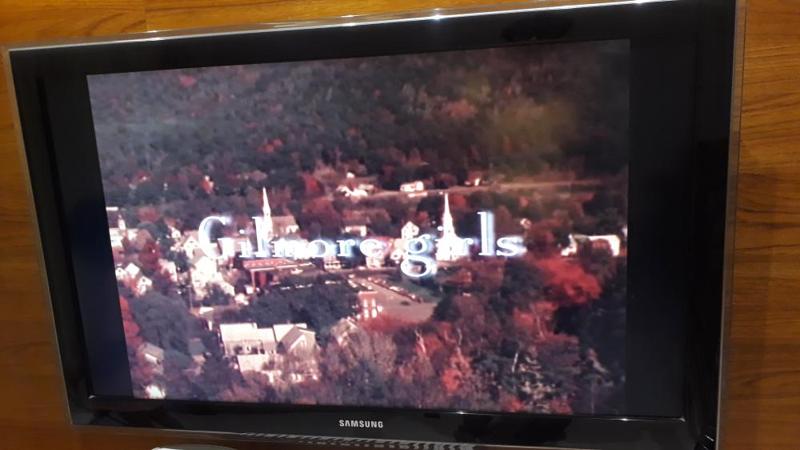 Nina: Nana, it’s entertainment month for us. Isn’t that super?

Nana: Humph. I’m always entertainment for you! What a pest you are.

Nina: Oh Nana. I like hanging out with you, and you like it too. You just won’t admit it. So tell me. What’s your favorite TV show?

Nana: TV is a waste of time. They don’t call it the idiot box for nothing. I don’t watch any.

Nina: You do too. I’ve seen you watch stuff on TV.

Nana: I only watch the news and sometimes good movies, not TV shows.

Nana: Hmm. That’s a tough one. Casablanca perhaps, or may be, 12 Angry Men.

Nina: Nana, I think this is the beginning of a beautiful friendship.

Nina: The quote I used was also used in my favorite TV show, Gilmore Girls. When they mentioned it, I decided to watch the movie. Gilmore Girls has also prompted me to read Anna Karenina. I always thought Russian authors were too complicated to read, but Rory, a character on the show, pointed out that Tolstoy wrote for the masses. 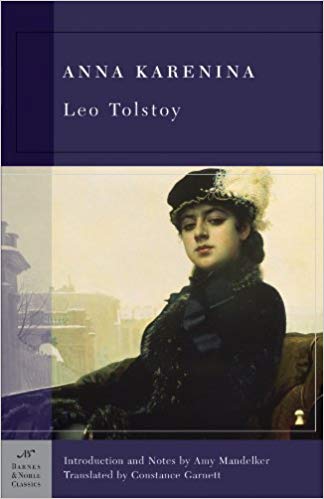 Nana: Are you kidding me? You read Anna Karenina because someone suggested it on a TV show? I’ve been trying to get you to read that book for ages, and all you ever said was that the book is a depressing train-wreck.

Nina: Nana I’ve read a lot of books that Rory suggested like Pride And Prejudice and The Unbearable Lightness of Being.

Nana: Milan Kundera? Someone suggested his book on a TV show? In that case TV has come a long way from my time. 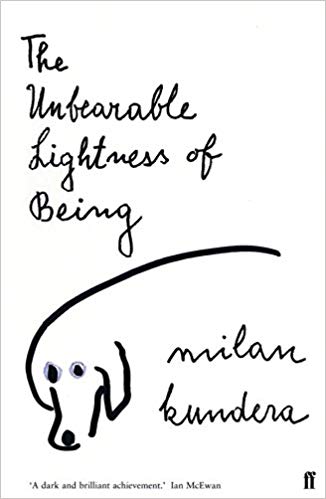 Nina: Yes it has Nana. I bet you’ll love The West Wing. It is so funny and yet it so informative. It delves in to the difficulties of sticking to principles and fulfilling campaign promises, while working with Congress. It also deals with the war on drugs, social security, public school education, abortion, gay rights, death penalty, presenting multiple perspectives on these issues. And since you liked 12 Angry Men, you may enjoy Boston Legal. It’s hilarious. Every episode deals with often outrageous yet relevant ethical and legal dilemmas highlighting the complexities involved in creating and implementing just laws.

Nana: Hmm, if these TV shows really are so informative, thought provoking, and nuanced, I must check them out. So what do you recommend?

Nina: How about Star Trek Nana? Start with TNG. I just love Data. Voyager is awesome too.

Nana: What? No way! I’ll have nothing to do with people parading around in downright silly costumes pretending to be aliens, and using meaningless nonsense phrases posing as technological jargon of the future.

Nina: Nana, you need to look past the surface and see what Star Trek is really about.

Nana: And what is that?

Nina: It’s about exploring different cultures and civilizations. It’s about resolving conflicts that stem from miscommunication or differences in beliefs or priorities. It’s about finding ways to co-exist with those different from us. As the world becomes smaller, we need to combat our instinct of xenophobia.

Nana: You’re unusually philosophical today. Fine I’ll give them a try. Though I must admit that, I have tried one TV show and liked it.

Nina: Really? Which one is it Nana? Tell me. Tell me.

Nina: Oh, that makes sense. You are just like him! So grumpy and grouchy, and still a little nice. By the way Nana, I for got to mention Bones. I have learnt so much about the human body from the show.

Nana: I guess TV is like any other medium used to share ideas and information. It’s just a tool. With time, it matures and the content improves. Movies predated TV, so good movies predated good TV. Similarly good books came long before good movies. But there have been and still are lots of awful movies and the same goes for TV shows, I suppose. Our generation got used to calling the TV an idiot box and the idea stuck. We became too snooty about it, to accept that TV too could be beneficial if the shows were well made.

Nina: That’s right Nana. It doesn’t matter what medium one uses to flesh out ideas, just so long as they play to the strengths of the medium and do a good job. Thoughtful nuanced content can be presented in any medium and a healthy dose of wit and humor go a long way towards making content engaging. That’s what we do, isn’t it? And we do it through the internet. So now I’ll go make a list of good TV shows we can watch together. Won’t that be great? Binge watching is fun Nana.

Nana: Hey, I agreed to give TV shows a shot. Who said anything about binge watching? And with you? Not a chance. I might as well go get a root canal. Hello. No binge watching. You hear me?

Nina: Too late Nana! Tra lalalala. Look here Nana. My Gilmore Girls DVD collection. The entire 7 seasons. Should I get some popcorn?