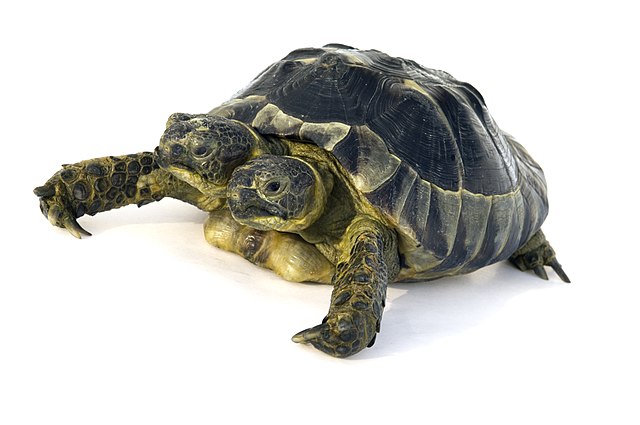 Above image was obtained from Wikipedia.

You've all heard of twins, and most of you must have heard of conjoined twins as well. In the animal kingdom, conjoined twins sometimes manifest as two-headed animals. So perhaps multi headed monsters are just misunderstood beings.

Unfortunately the two-headed turtle died a few months ago and Nina is sad. But Nana can only think of his appetite.

He is salivating over the possibility of mock turtle soup. Does that ring a bell? Remember Alice In Wonderland. According to Wikipedia

Traditionally, mock turtle soup takes the parts of a calf that were not frequently used and often discarded, including the head, hooves, and tail; and uses the non-muscular meat to imitate turtle meat. Tenniel's illustration shows the Mock Turtle with the body of a turtle, and the head, hooves, and tail of a calf. The complicated pun, then, is both word-play and picture-play. 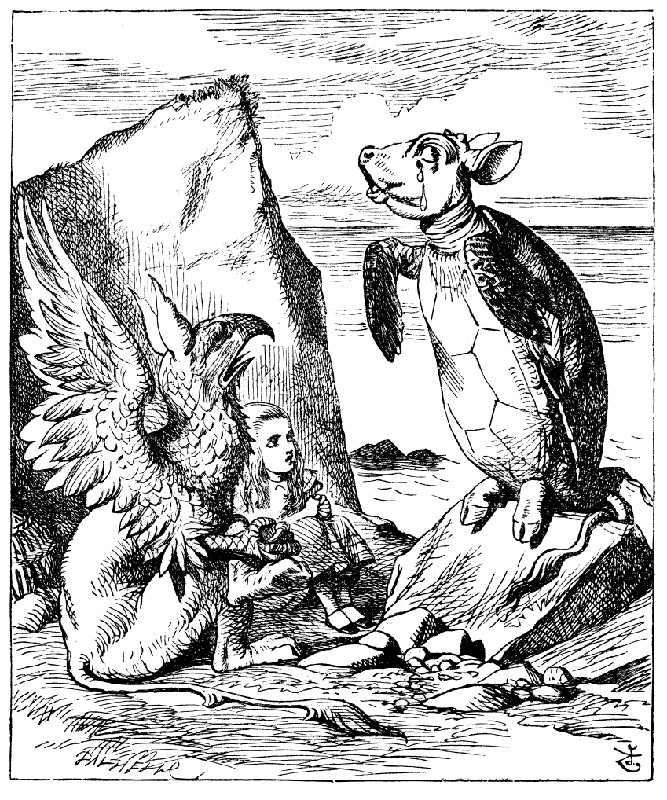 Now that's yet another mutant turtle for you. And you guys al ready know just how much I love puns! Dont't miss the school and tortoise/taught us pun when you read that Wikipedia article. Now over to Nina and Nana, and all they have to say about Thelma and Louise: 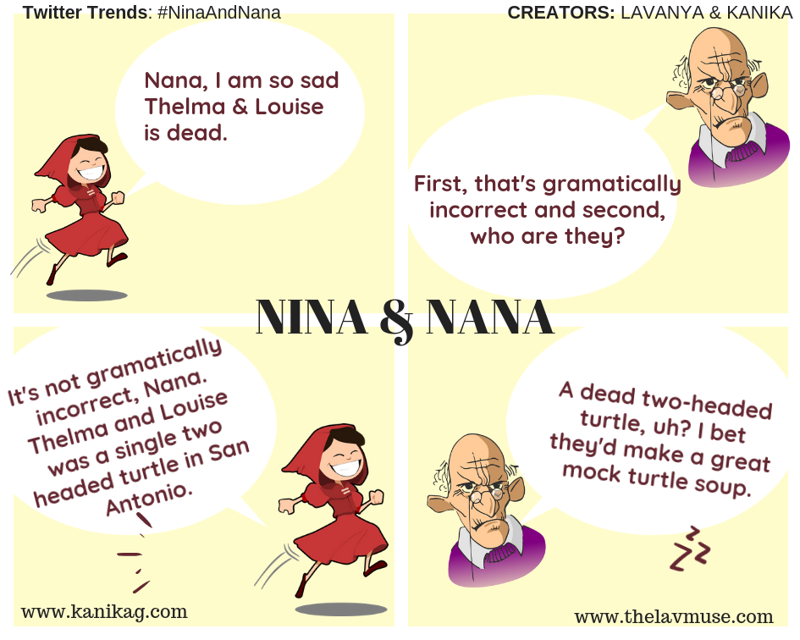