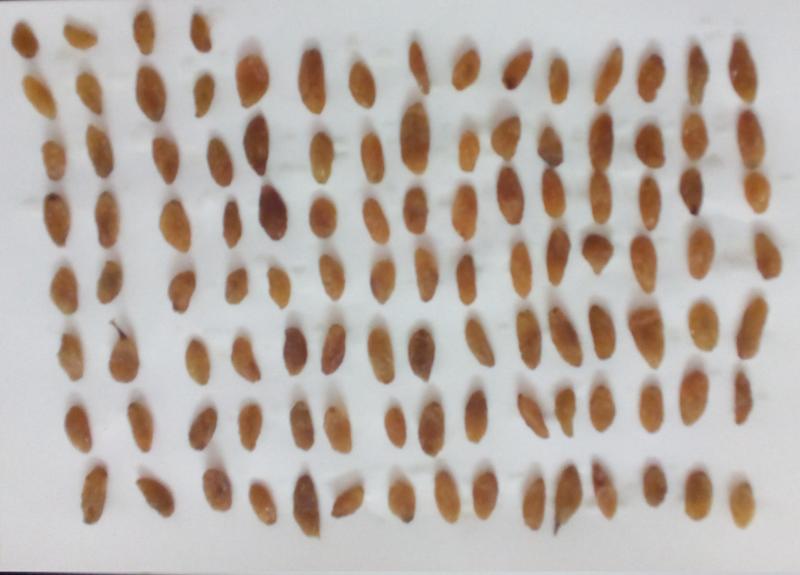 After learning about Archimedes and how he compared the size of 2 oddly shaped objects, Tania was keen to find out what else she could do with what she had learned. She asked papa if there were any more interesting experiments she could do.

Papa thought for a while. Then he went to the kitchen and came back with a lemon and a pack of raisins. He said, "Hmm, I think I can think of one. So Tania which do you think is bigger, this raisin raisin or this lemon?"

"The lemon of course!", giggled Tania.

"Very good!" said papa. "But is the lemon bigger or 2 of these raisins?"

"The lemon" said Tania. "It is obvious."

"Then how many raisins together would be bigger than a lemon Tania?" asked papa.

"Can you figure it out?" asked papa.

Tania gave the matter some thought and said, "We could take a glass and fill it with water and mark the water level." 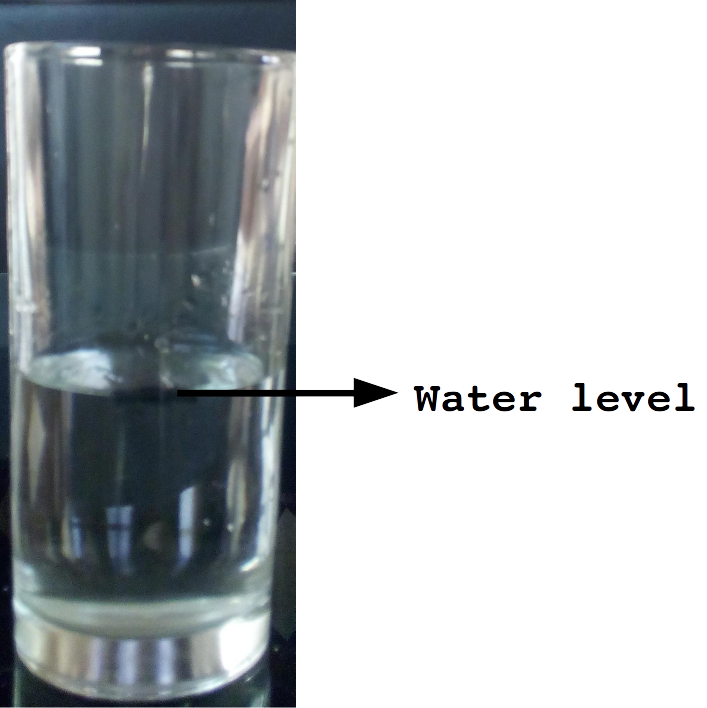 She quickly went to the kitchen, got a glass with some water and marked its level. Then she said, "Now I'll put in this lemon." 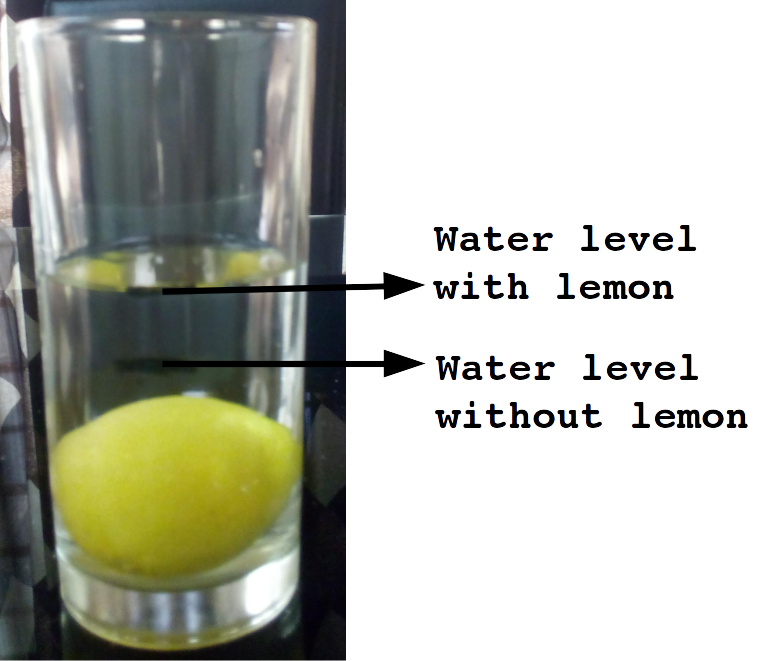 Tania said "Now I'll take out the lemon and put in the raisins. I'll keep adding raisins till the water level goes up to where it was for the lemon. Then I'll count the raisins and know how many raisins make a lemon."

Tania added what she thought was a lot of raisins and: 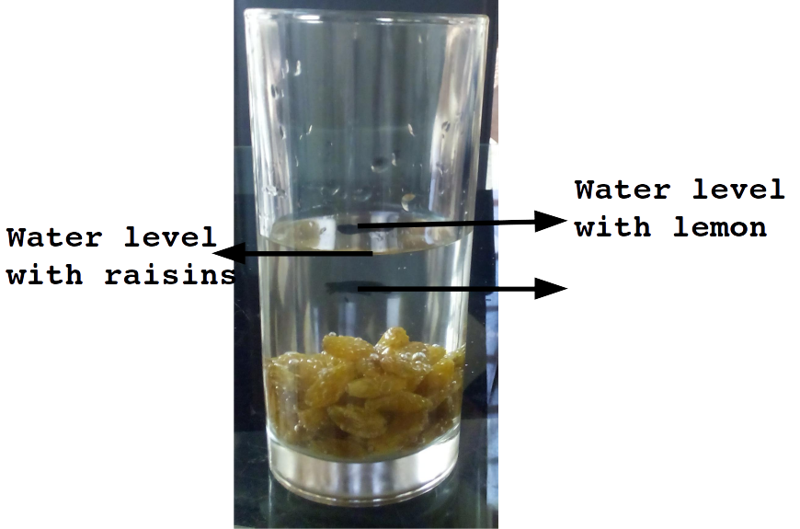 But the water level was still not as high as it had been for the lemon. So Tania added more raisins and finally: 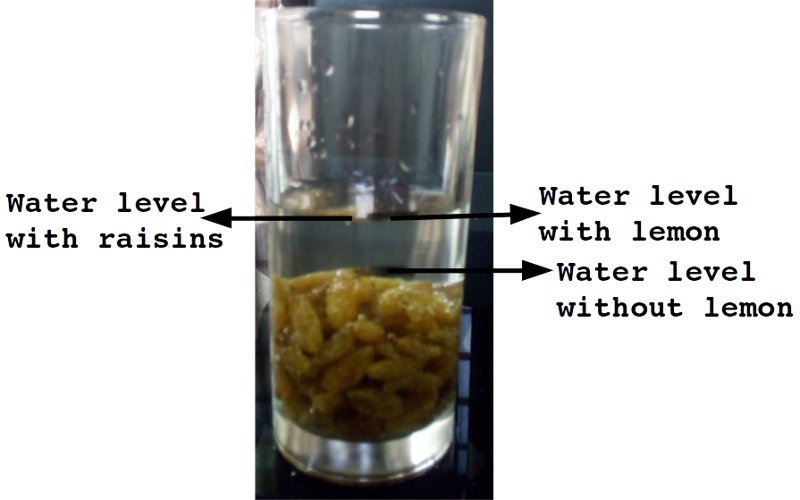 As you can see the water level with the raisins was the same as with the lemon. Now Tania took the raisins out of the glass and systematically counted them:

She counted 109 raisins. My what a big lemon that was! You can count the raisins yourself and check if Tania was right. If you are old enough to know your 15 times table you will see that there is a really easy way to count them from the way Tania has arranged them.