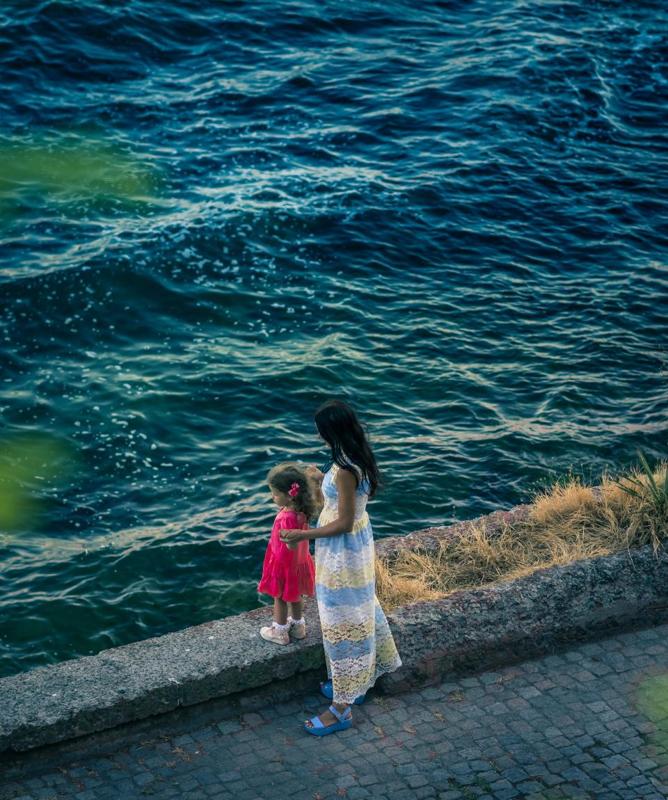 When we were kids, teaching methods in schools were nothing like they are today. Nobody tried to make learning fun for us. We were told it was something we had to do, if we wished to survive in the big bad world. That was true indeed, and the method usually worked, but that does not mean it was the best motivator.

The reason is, that the motivation was fear and it was external. Today we know, that getting children to actually like learning, if possible, is a more reliable motivator, because then the longing to learn comes from within, and if properly handled, can be far more effective and pleasant than fear.

As a kid, I found it very difficult to express creativity, for fear of sounding silly. But I don’t want my daughters to be inhibited in this way. I want them to be comfortable expressing ideas and thoughts. However, telling kids to be creative only makes them self conscious, puts pressure on them, and makes it less likely the purpose will be achieved.

So I have decided to be sneaky about it. Kids are most at ease, when they are playing a game. So games are the best way to motivate kids. Games are versatile and can be designed to help kids learn and be creative. A few weeks ago I wrote about a show and tell game, that I came up with to help my daughter to think about things and express herself better and connect with me.

This week we tweaked it to, what I like to call, A Story Telling Game. This time, instead of exploring facts, opinion and analysis, we created fiction.

A few days ago, I caught my daughter trying to write stories, because that is what I do. She was enthusiastic to begin with, but after a few sentences, she would get stuck and give up. Or, she would end up writing a set of random sentences, that did not really make a story.

I wanted to help her. But I did not want her to feel bad about what she was doing on her own. I noticed she had two problems.

To deal with the first problem, I offered to do the writing. You can leave out the writing all together and simply create a story, if you are playing while travelling. But some of these may be worth writing down. Someday, they will make fond memories.

To get through the second problem, I came up with this game, where we take turns at building the story. I asked her to start, and when she got stuck, I supplied a couple of sentences, to move the story forward. We did this a few times but the stories were quite simplistic.

After a while I had a new idea, for improving our game. I suggested we set the stories in familiar, fictional universes with well developed characters who have known personalities and interesting quirks, and then let our imaginations run wild from there. So we wrote one story in the Asterix universe, in which the Romans defeated the Gauls. Blasphemy! But it is her story so she gets to make anything she wants happen in it.

Then we created a story in the Noddy universe, where the goblins got the better of Noddy and Big Ears. What fun! I always wanted to read that one. Didn't you?