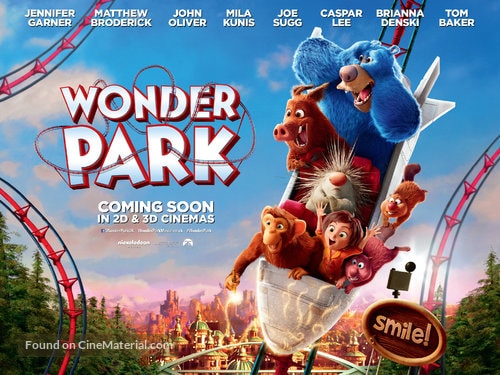 Wonder Park, is an animated children's movie that reminds you that everything in life is tangled up! Whether it is art and technology or happiness and sadness, they all overlap and are mixed up and that’s what makes life beautiful.

Wonder Park begins with a little girl named June and her warm loving mother imagining and planning an amusement park with fascinating rides. Every time June comes up with a wacky or exciting idea for a ride or show, her mother hands a crayon to June’s cuddly brown toy monkey named Peanut. She then whispers the idea in to peanut’s ear who in June’s imagination implements it.

Now here is where the movie takes an interesting turn. Unknown to June, Wonderland, as she calls the imaginary amusement park, exists somewhere and it is run by a life size monkey named Peanut who has no idea who his muse is but is grateful to her. Wonderland is a successful amusement park thronged by people, perhaps in an alternate universe. Peanut, along with other animals, who are also life sized versions of some of the other stuffed animals June imagines is in charge of running her Wonderland, not only exist in this alternate universe Wonderland, but have the exact same roles and personalities that Junes imagines for them.

June in the mean time wishes desperately that the rides in Wonderland could be real. When her mother tells her, as mothers often do, that she can make anything happen that she sets her heart to, June promptly gets working on it. With the neighborhood as her playground, and all the junk and scrap she can find, June uses her fine creative mind with an engineering bent to assemble an exciting and adventurous roller coaster ride. With some help from her friends, her best friend Banky in particular, the project in complete. The test run begins with a bang, but towards the end of the ride something breaks and everything goes haywire. June and her friend are in mortal danger, but with sheer luck, they escape with a few minor scrapes, though the neighborhood suffers heavy damage.

So June’s mom comes with with a way for June to implement wonderland without recking the neighborhood. In the back yard the family build a small scale model of wonderland with ropes and planks and gears and plastic parts.

But then one day June’s mom gets a telephone call that changes everything! We learn that she has been battling a terrible illness for sometime, but the treatment isn’t working. Her only hope is to go to some far away place for some new long term treatment. June is heart broken. Her whole world is shattered.

The wonderland model and blueprint which was her greatest joy and pride only brings her pain by reminding her of her mother, who no longer lives with them. Her pain is so intense, she can’t bear to look at Wonderland and dismantles it. When her aunt and uncle bring her a ferris wheel which after some tinkering would be a prefect fit for the wonderland model, her pain explodes and she throws the blueprint of wonderland in to the fire. She regrets it almost immediately and tries to rescue it but it’s too late. From being a cheerful enterprising and adventurous kid she becomes morose, sullen and paranoid.

Does June ever manage to recover and be cheerful again? And what about the wonderland in the alternate universe where Peanut implements June’s ideas? How will June’s altered emotional state affect it. Can Peanut function without his muse? Watch the movie to find out.

Our movie experience was enhanced by the luxurious amenities at the Metro INOX Insignia theater made available at an affordable price. The movie theater seats are like first class seats on an airplane. They are very spacious and you can recline to almost lying down position. My younger daughter got a little scared by some dramatic sounds towards the climax of the movie because this was her first time watching a movie in a theater. She came on to my seat and cuddled me and we could both lie comfortably on it cuddling. 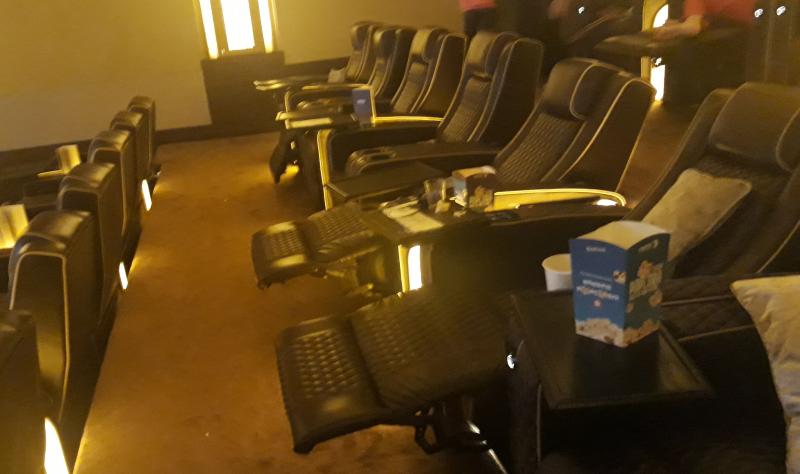 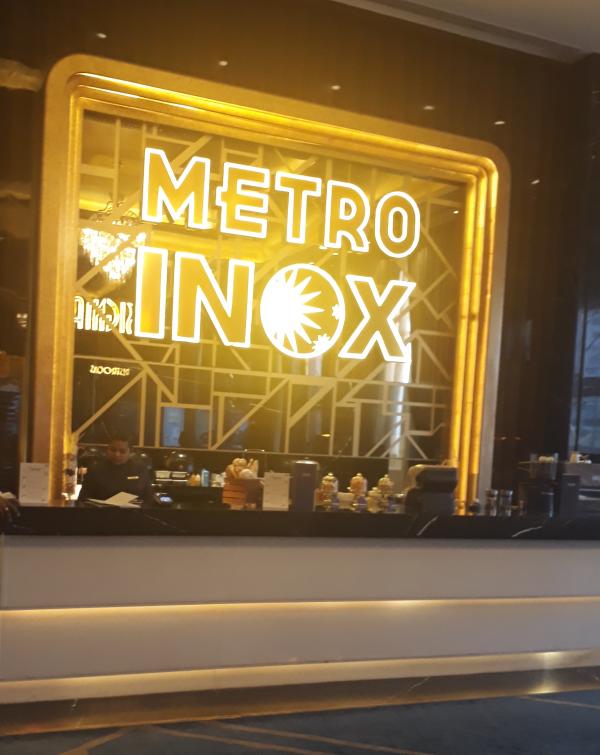 Everything, including the pillows are kept spic and span. The upholstery on the seats are very well maintained and the seats are well separated.

They have a butler service at reasonable prices. You just need to push a button on your seat and a butler arrives and takes or order for food and beverages including some hot meal options on the menu and them serves it on the swivel table attached to the handle of the seat.

Whether you are out on date night or taking your kids out for a movie this is the perfect movie theater to make it a very special outing!

When the creative and the practical in you combine forces, nothing is impossible!

PS: Read this #NinaAndNana post to find out how origami has saved the day for the space solar panel project at NASA and see how art and science can come together to foster development.