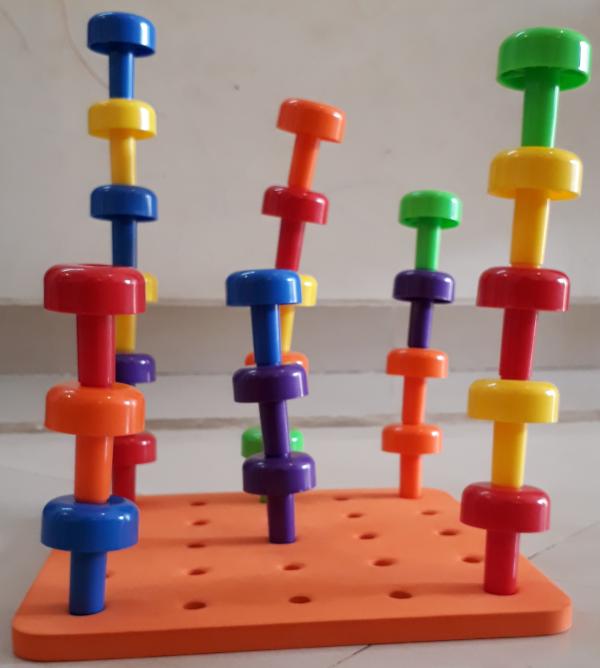 The younger one celebrated her third birthday a few days ago. I was trying to find a good birthday present for her. She likes tinkering and building, but she already has a lot of toolkits and Lego. She likes to sit down and camouflage herself with soft toys, looking just like one in the pile, as her mischievous smile betrays her. Obviously, she has too many of those. Over the last year, she has been assimilating a large collection of books too. There is a book store close to the school my girls go to. So whenever I need to kill time before picking them up from school, I end up buying books for both the the girls.

So I was browsing through amazon, wondering what to get the younger one for her birthday, when I came across this peg board toy. It seemed like the perfect gift for her.

The toy contains one square peg board, approximately 8 inches long and wide. It is about half an inch thick and made of foam. It has a grid of 25 peg holes and comes with 30 pegs. The pegs are of 6 different colors, with 5 pegs of each color. The set includes a nifty cloth bag. The pegs fit into the peg board and into each other. 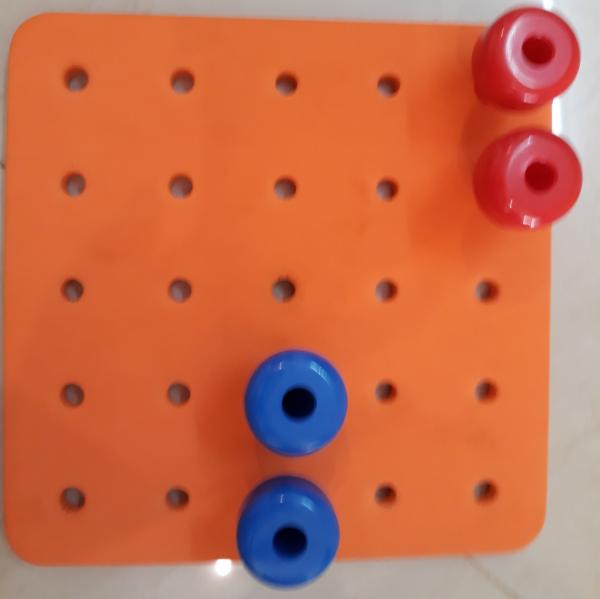 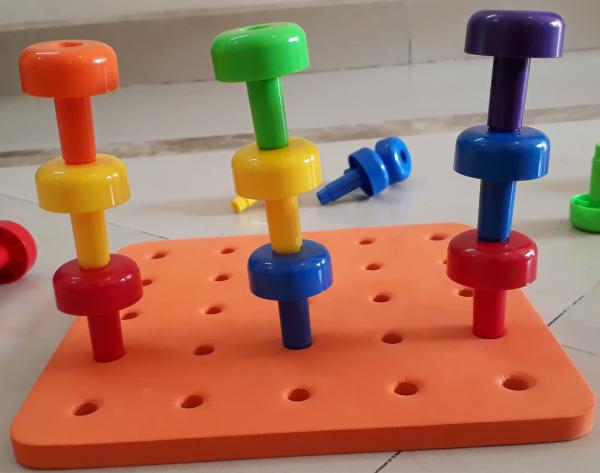 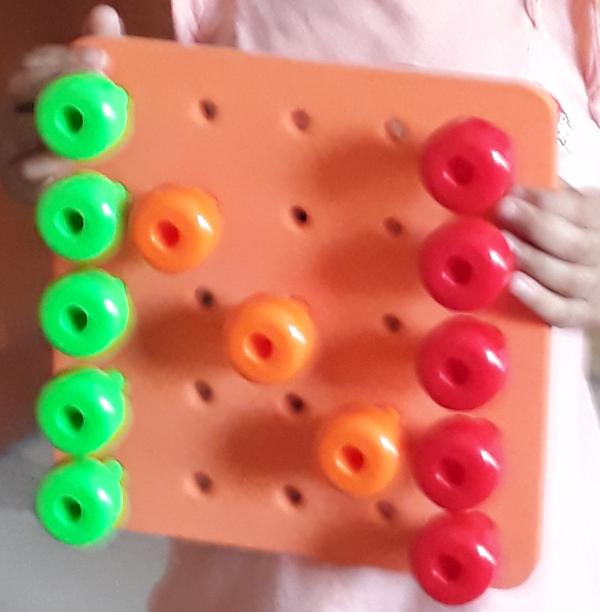 What Could Be Better?

The one thing, that initially, bothered me about the toy was, that my daughter would leave the pegs lying around, and they would roll everywhere. Some would roll under the furniture and be forgotten. I realized, this would soon make this toy quite useless.

So I went all round the house hunting down each and every peg. Then I taught my 3 year old to put away the pegs, soon after playing. We would count the pegs together, till we had all 30. Only once all the pegs and the board were safely put away in the bag, would I let her move on to whatever she wanted to do next. Initially, she was very angry about this, but after 4 times of being firm about it, I found her wanting to do this herself, and not just with the peg board toy, but with her Lego and other toys as well.

Your ideas, your rules, and the pegs are great tools!