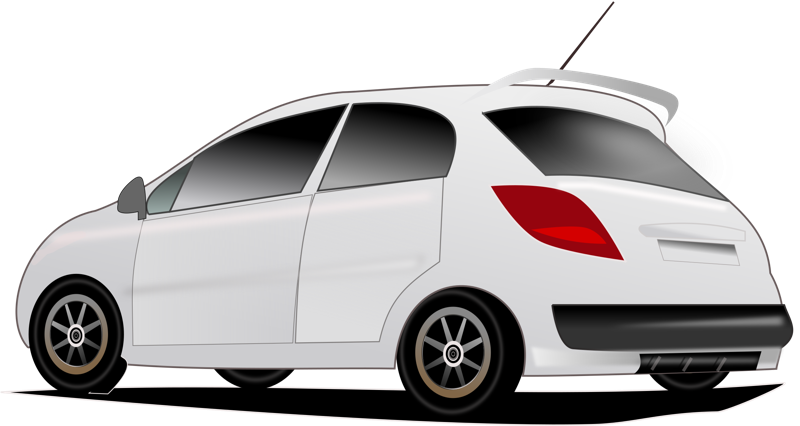 I moved to the US at the age of 20 for grad school. I lived alone and was financially independent. Neither earning a living, nor living alone, nor doing research made me feel as much a grown up as something else did.

After a year, I bought a car and learned to drive. The test wasn't easy. They are really strict about the rules. But I passed on my 2nd attempt. I still remember the day I got my license. I felt so free and empowered.

I don't know why, but it made me feel so grown up. I could drive 300 miles and reach Seattle on a whim or drive out to the supermarket, late at night to satisfy a craving for butter cookies. I drove to work everyday , and I drove myself to the airport, which was 90 miles away. I did not have to depend on friends or an underdeveloped public transport system for my shopping. I liked being in control. I am not a connoisseur of cars. I don't care if I drive a Mustang or an i10. It is not about the horse power or the sleekness of the car. It is about the mobility and independence it gives me.

We (my husband and I) moved back to India, when I was pregnant with our older one. I was concerned about having to drive on the left side of the road. But this wasn't much of a problem. Apart from annoyingly turning on the wipers instead of the turn signal, I adjusted quickly to the change. The harder change to adapt to was unpredictable roads and fellow drivers.

I was taught to drive strictly adhering to certain rules. Always turn right from the right lane and left from the left lane. Always signal before turning or changing lanes. Change lanes only when it is safe to do so. Yield to pedestrians as well as on coming traffic while turning. Traffic lights must be followed. Leave sufficient space between cars for sudden braking. I followed these rules and I expected other drivers to do the same.

But here, none of these rules helped. Few follow them so expecting them to be followed will only get you in trouble. There are no well defined lanes so even if you want to follow lane rules, traffic will make it impossible for you. So driving became rather frustrating. Also once I reached my 8th month of pregnancy, driving was no longer comfortable and I stopped. Once the baby was born she refused to be left alone in the car seat, so I did not resume driving. When the older one turned 2 and was willing to sit in her car seat, I drove once a week for a few months to drop her off to her grandma’s house but it wasn't much because my mother's house is quite close by.

Then I got pregnant again and driving was put on hold because of severe morning sickness that lasted the whole pregnancy. Again with a new born I could not drive. Around the time the younger one was 6 months old, the older one started school. We got a driver for the ride to and from school and I completely stopped driving, until ....

This Ganesh Chaturthi our driver took a week off. But my daughter still had school on most days. My husband offered to watch the little one while he worked from home, if I was okay with driving the older one to school. I was nervous. It is a fairly long drive and a lot of it is on the highway. It had been ages (5 years) since I had done any significant driving. Would I succeed? But there was a kernel of excitement too. A part of me really wanted to get behind the steering wheel again. I leave at 7:15 am to drop my daughter to school, and there isn't much traffic at that time. So I decided to take up the challenge.

I had a restless night. Would I panic in the middle of the drive? Would I scratch another car? I really hoped not.

The next day I was still nervous when we set out. I checked my mirrors and adjusted my seat a few times. But once I was on the road, driving was a lot easier than I had anticipated. I was manoeuvring well through traffic. Gradually my fears vanished. May be with time I had internalised how Bombay traffic works. I felt composed and in control. I drove smoothly, albeit on the slow side. Completing my mission successfully felt so good.

I had not even realized, that when I stopped driving, a part of my personality and the confidence that came with it, had died and then, just like that, all of a sudden, it was back. I was 21 years old again! I felt like I had my mojo back. I had conquered my fear of driving on Bombay roads. I drove my daughter to and from school for the next few days, my confidence and car control improving each time.

I never realised how much I missed driving till I did it again.