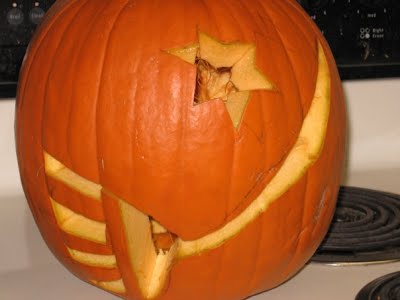 Having lived in the US for 8 years this is one of their traditions that I found most enjoyable. Halloween is a little unusual for a festival. Its not even a holiday. Its just a fun way to spend the evening.

So much creativity goes in to celebrating it. I was a foreigner there, so I could be wrong in my interpretation, but to me it seemed like Halloween was all about coming up with cool ideas and boldly expressing yourself. The wackier and more unconventional the ideas, the better.

One Halloween I participated in pumpkin carving. Traditionally pumpkins are carved with the evil grin but I had fun carving one with a broom and a star. Some people worry that we are aping the west. I think we should have more faith in ourselves and be less insecure. If we want to emphasize out cultural heritage we could have our kids carve the shapes of diyas or elephants or coconut trees or some other symbols representing India or it's traditions in to the pumpkins. Make it the best of both worlds. Borrow interesting ideas and still keep our identity. Or we could just let our kids have fun and let lose their creative juices.

I guess we can do the same with Rangolis for Diwali. Instead of getting our kids a store bought template let them use their creativity and come up with their own rangoli designs that may convey an original idea or their interpretation of Diwali traditions and rituals.

The most popular aspect of Halloween is the costume and there is so much scope for creativity here. Since my husband and I were both physicists when we were in the US, we used physics based ideas for our costumes. One year I went as Maxwell's demon. Another year we used the couples costume idea of Schrödinger’s cat, my husband was Schrödinger and I was the cat, complete with a tail and a poison vile. These costumes may or may not make sense to a lot of you but they delighted us. We love puns and we love physics and it was our way of expressing ourselves through costumes.

I love that Halloween costumes don't have a narrow theme. Instead they are about making any statement that you want to through your costume. Coming up with an idea that you want to parade, putting together the costume that abstractly or literally embodies the idea and then wearing it with pride is a wonderful concept. The statement you make could be a fantastic or political or humorous or educational. The choice is yours.

Another way to enjoy costumes is role playing. For this one day of the year you can lose your inhibitions and really immerse yourself in your favourite fantasy. Do the make up, wear the costume and live the part.

In the last couple of years I have noticed that Halloween is getting popular here in India too. Why not? We are the worlds largest democracy. So why not use this day to express ourselves? What costume brings out your true identity? What do you stand for? Tell everyone in a fun and light-hearted way.

A few months ago, I did a summer project with my daughter. She did some paintings, and I wrote poems to match the paintings, and it turned out so great, that I published it as a book. You can read the book here. The book had a poem about Halloween. Here is an excerpt from the poem. 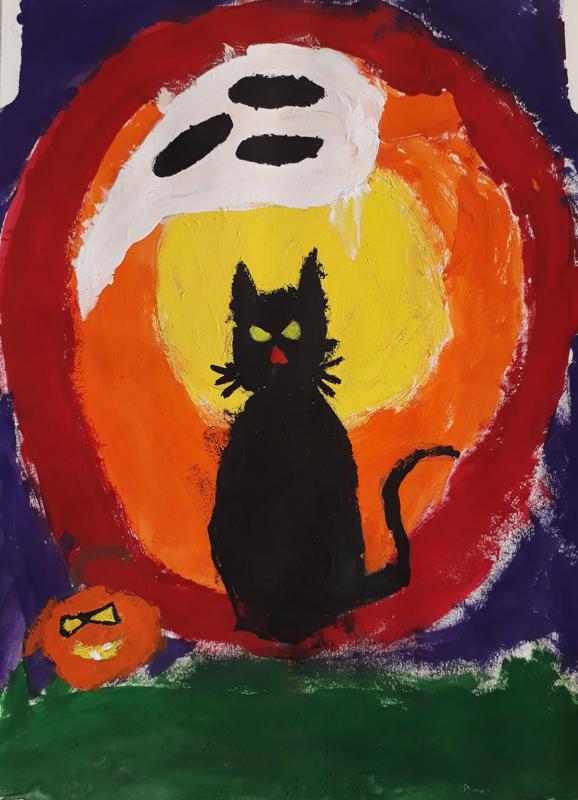 On Halloween it's okay

to be scary and bad

It's okay to be nasty

and evil and mad

On this one day

you don't have to behave

It's okay to shriek and howl

and to rise from a grave