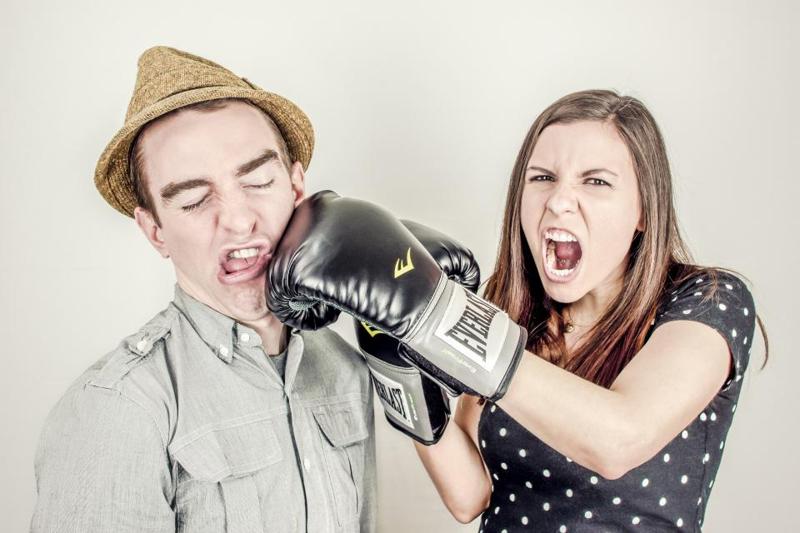 I recently read a book, Against All Odds, which was about a football fanatic, named Kartik. Kartik has a deformed left arm. The ugly deformity attracts a lot of upsetting attention ranging from hostility to pity. Years of dealing with such attention, has taught Kartik not to react impulsively, but to take his time and respond thoughtfully.

Kartik typically does not try to extract revenge or defeat someone. He tries to devise a strategy that has a stable optimal long term outcome to his advantage. It may not be as emotionally satisfying ,as a chest thumping victory in the short term, but offers a better chance at long term happiness.

Salvor Hardin, in the Foundation Series by Asimov, is famous for the epigram, violence is the last refuge of the incompetent. Violence comes in many forms, including trolls on the internet. It is important to realize, that the root of most violent outbursts, lies in insecurity and frustration. Expression of violence usually does not come from strength, as it is often mistaken, but from weakness. Realizing this, can help a victim of violence, deal with it, more effectively.

Whenever I am trolled on social media, my mind races to come up with scathing come backs. I want to hurt the person who hurt me, worse. If I react in such a manner, matters quickly escalate. I spend the better part of my day trying to put the troll down, and the troll does the same to me. I feel bitter and angry all day, can’t focus on my work and can’t feel happy spending time with family. All I can think about, is how to defeat some stranger (or strangers as these things often snowball out of control) in a cruelty contest. There lies the problem.

Suddenly my life is all about defeating someone, instead of about winning. Because, if it were about winning, I would have ignored the troll, moved on with my day and spent it constructively, either getting work done, or bonding with family, or indulging in a hobby. I deprive myself of all these possibilities, by indulging in a mudslinging match. So I may or may not have defeated someone, but I certainly did not win anything.

Why then are we so eager to defeat trolls and win argument and have the last word? It is an instinct, that we need to fight. It does not come naturally, but practice helps. It also helps to introspect on every such confrontation, identify our weaknesses, and figure out a way to combat them, so as to not get sucked in to similar confrontations again. We also need to repeatedly remind ourselves, that not engaging in mudslinging matches is a sign of strength, not weakness.

Gandhi was a proponent of non-violence, so today on his birthday, let's take a moment to examine where in our lives, we can eliminate violence, and focus on winning, instead of obsessing about defeating someone else.