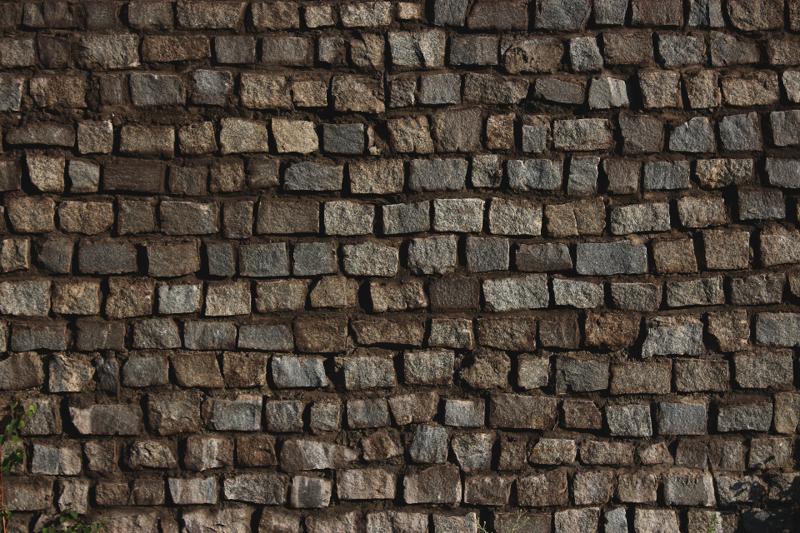 On the fifth day of his summer vacation, as Henry stepped out of the main door, for the first time since the holidays had started, to get new batteries for his TV remote, he was stunned. Right in front of him was a huge stone wall and it went all around the house. It was barely a foot away from the house.

He had vaguely heard some construction noise yesterday, but he hadn’t paid much attention to it. He was too busy playing his computer games with head phones on, and surfing social media while loud music played on the back ground. So this was what the noise was about. But why?

“Dad, Mom!” Henry ran shouting around the house, till he found them eating breakfast in the dining room.

“Oh yeah, there has been a kidnapping scare in the neighborhood. I heard them talk about it, at the town meeting. I don’t want to take any chances with you. You have all your gaming devices, that huge TV in your room, and loads of books and music you can download from the internet. If you miss your friends, you can chat with them on your cell phone or on the net. So just stay in for the next few weeks, till they have caught the kid nappers.”

“Dad you are paranoid.” Henry was aghast. Was his Dad completely mad?

“No Henry. You know how rich we are. Even though I don’t like to flaunt our wealth, most people know. And if there is a kidnapping gang here, you are likely to be their target. I can’t take a chance. What’s the problem? Haven’t I provided you with enough indoor entertainment?”

“So how is anyone supposed to get out of this house?”

“Oh! The only exit in that huge wall is connected to a triple locked door in my office, and only I have the keys, password and fingerprint to use it.” Dad sounded too pleased with himself. “So you see, you can’t leave the house without my permission and I just won’t allow it. It is not worth the risk. Now go play some video games.”

“Mom. This is crazy! Please talk to him.” Henry pleaded.

“Henry, if there is a kidnapping scare, you could be the prime target, given how rich we are. I can’t take a chance with your safety. May be this is slightly extreme, but better safe than sorry, right?” Mom gave Henry a hug.

But Henry was in no mood for hugs. “You are crazy dad! A crazy paranoid mad man! Crazy just like Trump, who thinks a wall can keep the Mexicans away.” Henry stormed out of the room.

An hour later, Mom and Dad stared out of the attic window and saw Henry pacing in front of the wall, intermittently examining various aspects of it.

“I hope you are right about this.” Mom said. “It could back fire, you know.”

“Be patient Honey, and trust me.”

As if on cue, they saw Henry, who had disappeared for a few minutes, now emerging from the storeroom, carrying a ladder, to the part of the wall, on the other side of which, was a tall tree. He used the ladder to climb on to the wall and shimmied down the tree.

“That’s pretty smart.” Dad said. “There are other trees, but that’s the only one not visible from either the front door, or my study, or our bedroom window. In fact, I think, it is only visible from this attic, which has windows on all sides, and his bedroom window.”

“You did it, you did it.” Mom was delighted. “Sometimes I think you are crazy, but since you are so successful, you get to be called eccentric. Hopefully our son will sneak out everyday and play in the fresh air and get some exercise, just to spite us.” Mom winked at Dad.

Henry wandered in to the park, where he met some kids playing baseball. He had played with them a lot last summer, but this summer he was having too much fun with all his devices. He joined them for a game.

After that, he still did not want to return to his home, that was now a walled fort. So he explored the woods on the outskirts of the town and found a blueberry patch, he used to visit with his parents, when he was five or six.

He gorged on the blueberries and washed himself in the cool water of the stream. This was so much fun. Why had he stopped doing this? Perhaps doing things that would irritate his parents, was even more fun than computer games.

But seriously, they were being so unreasonable, he did not even feel bad about sneaking around. He climbed a tree and and looked around at the various birds going about their business.

When he returned, the ladder was still there. So he climbed the tree and came down the ladder and put it away. Then he sneaked back in to his room, cleaned up and put on his computer game and head phones and waited for Mom to call him for dinner. He was so excited about outwitting his control freaky parents, he did this every day of the remaining month of his summer vacation. How silly they were. They put so much faith in the monstrous wall, that they had stopped locking the front door. He could always sneak in easily when he returned. Henry felt triumphant!

In another room, so did his parents.