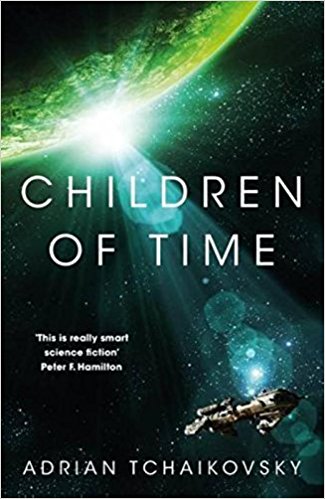 Most of the story, follows the two civilizations, through the same period of a few millenia. The civilizations are isolated from each other, until their final clash towards the end of the book.

The first is a civilization of humans. The human race reached the pinnacle of it’s technological prowess, developing amazing and durable technology, but in the process they destroyed the planet and infighting led to chaos and anarchy. The later generations are, initially, in awe of the technology, their ancestors created. They use, and scavenge for, the technology of their ancestors, which they do not really understand.

In the mean time, the planet and its population continue to decline. As the complete annihilation of the human race becomes evident, the humans grow to resent their ancestors. Finally a few hundred of them leave on a spaceship called the Gilgamesh aka Gil, to search for other planets, they believe their ancestors successfully terraformed, and now inhabit, far far away. It is a Hail Mary pass, that few really think will work out, but they are out of options. The crew is in stasis, during the course of the journey, that lasts a couple of thousand years.

The planet the Gil is headed towards, is indeed a terraforming project, but the scientists in charge of the project, had strong disagreements and destroyed each other.

One Dr. Kern, was able to escape in a stasis pod, and she hopes to complete the experiment, which is her one sole obsession. Dr. Kern's experiment involves, populating a terraformed lush green world with monkeys, infected with a nano-virus. This nano-virus is supposed to speed up the process of evolution, and create a new race of intelligent humans who evolve to live in harmony.

Dr. Kern periodically checks on her experiment, and is frustrated by it's results. The progress seems slower and much more confusing, than she had expected. What Dr. Kern does not know, is that the monkeys were destroyed, but the nano-virus was not. It latched on to various other species, but worked best with certain spiders, who are building a civilization.

How far can the spiders advance in creating a technologically advanced society? What will happen when the desperate space-faring humans clash with a society of spiders and their completely alien technology? Read the book to find out.

Spinning the web of civilization with empathy!