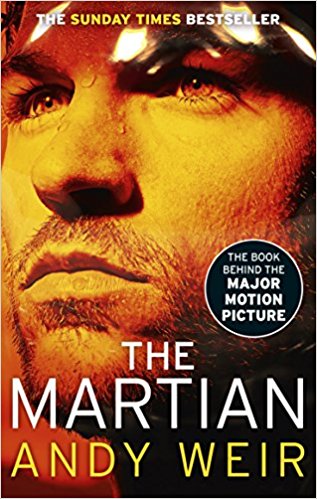 Mark Watney is stranded on Mars after a NASA mission is aborted due to a sand storm that threatens to destroy the spacecraft that will take them out of Mars. During the evacuation procedure, Mark is struck by an antenna, puncturing his suit and breaking his bio-monitor, causing his crew mates to think he is dead. In the emergency situation commander Lewis, reluctantly makes the difficult call to not search for Mark’s body so the rest of the crew can safely return.

However, by some fluke, Mark’s dried blood seals the hole in the suit and maintains pressure and keeps him alive, albeit wounded and unconscious. He is woken up by the low oxygen alarm in his suit and manages to find his way to to the habitat (Hab), a canvas tent set up by NASA to serve as a temporary home to the astronauts.

There Mark makes a note of all his supplies. The Hab was supposed to last 31 days, and NASA sent enough food for six astronauts for sixty days. With some rationing, Mark can hope to make it last about 400 days. But the next last mission is almost 4 years away.

Mark’s engineering skills should help him keep the Hab in good shape, but he needs food. Thankfully Mark is a botanist too. Will he be able to grow food on Mars? Is there enough water for farming? How will he establish contact with Earth? What other difficulties will the hostile planet present? What happens if there is some critical equipment failure? Read the book to find out.

Andy Weir is a software engineer and science nerd. He wrote his own software to calculate the orbital trajectory of his imaginary crew would follow from Earth to Mars. One idea led to another, and before long he was rubbing his hands in glee as he plotted various torturous experiences for his stranded lonely hero, Mark Watney.

Andy Weir originally posted the story for free, chapter by chapter, on his website. His readers loved it and begged him to publish a Kindle version. He did so, for the minimum price amazon allows. He was most surprised with how popular the book was. Before long he got a publishing deal and soon after that, he sold the rights to the movie, in which Matt Damon plays Mark Watney!

Quite an inspirational story for writers and science nerds. Way to go Andy Weir!

If Watney was a superhero, his super power would be duct tape!