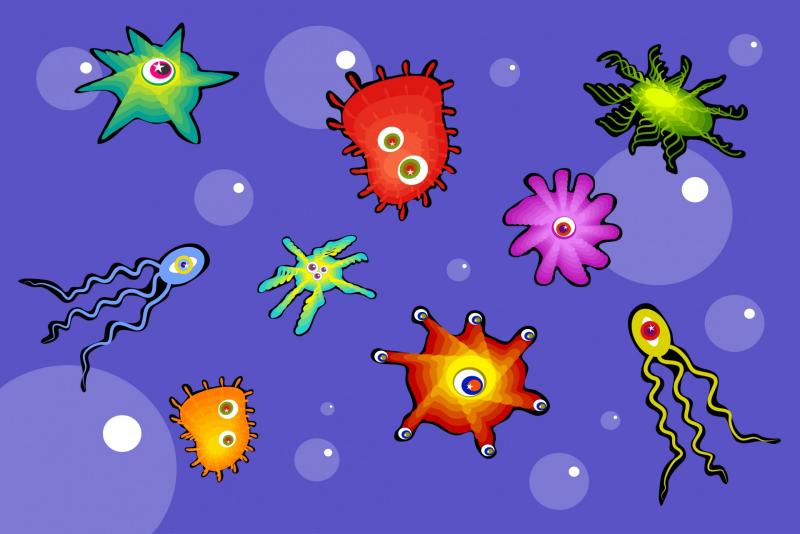 Image was obtained from here

Nina: Nana did you know that about a quarter of the worlds population is infected with TB.

Nana: Actually, I’d have though a lot more than that. These days people watch way too much TV and with amazon prime and Netflix and what not, things have become even worse. They release all the episodes of a show together and people binge watch like zombies.

Nina: Oooh binge watching is fun. I love doing it with Gilmore Girls episodes. But anyway Nana, I wasn’t talking about TV. I was talking about TB as in tuberculosis.

Nana: What? You’re saying a quarter of the people in the world have TB. That’s impossible. You hardly ever hear of any one suffering from it.

Nina: That’s true Nana. It’s because in most people the infection is latent. Only about 10% of people with latent TB develop active TB.

Nana: Anyway, it’s not a big deal. TB is easily cured with antibiotics. It’s not like the old days when it was fatal.

Nina: Actually Nana in 2017 about 1.6 million people died from TB. It’s the leading cause of death from an infectious disease.

Nana: Why? Is it because of lack of care or ability to afford antibiotics in developing countries?

Nina: Yes, but only partly. There is a far worse problem Nana.

Nana: What? I don’t understand. TB is treatable. It has been so for a long time now.

Nina: Yes, but Nana do you remember telling me about superbugs?

Nana: No way! You’re not saying that the TB bacteria has become antibiotic resistant, are you?

Nana: That sounds terrible. Don’t frighten an old man with such gory tales. I bet age is a risk factor for progressing from latent to active TB.

Nina: It’s best to know the facts Nana. You can’t hide from them.

Nana: But just one second. I just remembered. There is a vaccine for TB, the BCG vaccine. I was vaccinated, so was your mother and so were you. We even talked about vaccines some time ago. You make such a fuss to get vaccinated. Now, perhaps you see how important they are and won’t create a racket next time.

Nina: Nana you are right about vaccines, and I do promise not to fuss again, but unfortunately the BCG vaccine is only useful for children as the immunity it provides decreases after 10 years and lasts for at most 20 years.

Nana: Well at least it keeps you and millions of other infants and children safe. I suppose I need to be super careful about TB. Is there no good news at all?

Nina: Well there is. I was saving it to end on a high note.

Nana: You’re such a drama queen. Spit it out.

Nina: There is more good news Nana. Recently, in studying zebra-fish scientists found that the TB bacteria tricks the blood platelets in to forming granulomas thereby preventing the immune system from efficiently fighting off the bacteria. So scientists believe that aspirin can help the body fight off TB more effectively, especially so in case of the drug resistant strains.

Nana: Oh that is good news indeed! After all I should be well fortified with all the aspirin I have to take for the headaches you cause me.