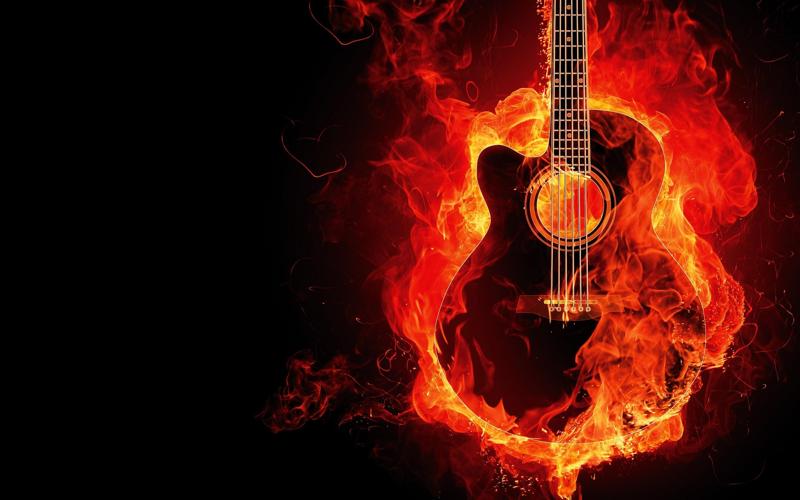 Photo by Dark Rider on Unsplash

Nana is startled out of his nap by loud banging and clashing sounds. Is the sky falling, he wonders like some truly fearless Gauls.

Nana: What’s happening? Is it an earthquake? Are we being attacked? Nina, where are you?

Nina comes prancing out of the other room as the sounds stop.

Nina: What happened Nana? Did you have a bad dream?

Nana: It was a nightmare, but it certainly wasn’t a figment of my imagination. What have you been up to? Are you trying to make the house collapse?

Nina:Oh! You mean my music. Nana don’t be such a grouch. Haven’t you heard that music soothes the savage beast?

Nana: Music? You call that music? Sounds more like a weapon of mass destruction.

Nina: Nana, true it isn’t Beethoven's Moonlight Sonata or Fur Elsie or Vivaldi’s 4 seasons, or Handel’s Water Music, but it’s still music. Jail house Rock is a classic even if it isn’t to your taste.

Nana: And since when is it to your taste? I thought you were strictly into western classical music. It was one redeeming feature of your usually cacophonous personality.

Nina: Yes I do usually listen to western classical music, but today I’m doing an experiment.

Nana: Aren’t you always? Origami was messy enough, but this is pure torture.

Nina: Nana how can you say that? I read that music can improve your work out, especially if it has a strong and steady beat. It can supposedly motivate you to exercise more intensely and for for longer. So I am testing the theory. Yesterday I used the exercise bike without music, and today I used it with music, and in my case it definitely works. I’m so pumped I could easily keep going for another half an hour.

Nana: That’s all very good for you, but you do know that music is a double edged sword, right?

Nina: What do you mean by that Nana?

Nana: I mean music plays on your emotions, so just like it can soothe you, it can also be used to torment you.

Nina: Only you could respond so badly to music Nana. It’s absolutely harmless.

Nana: Harmless! It’s used as a weapon of psychological warfare by the US army.

Nana: Oh really? Aren't hardrock and heavy metal considered music? The Americans think so. Loads of people world wide love to listen to Guns'N'Roses and The Doors and yet their music was used by the US army to smoke Noriega out of his hidey hole in the Vatican’s embassy, during the attack on Panama. In fact an American Sergaent claims that people who are not used to heavy metal can’t take it and if they are forcibly exposed to it continuously for 24 hours, it could break their will.

Nina: Okay may be hard rock and heavy metal could be annoying to those who are not used to it, and most likely that’s only true for a few songs, isn’t it Nana?

Nana: Then what would you say if I told you that the theme song I Love You, from the kids TV show Barney, is also used to torture prisoners?

Nana: No it isn’t. In fact that isn’t the only kids song that made it to the list. The theme song from Sesame Street is used as well.

Nina: Oh Nana! I had no idea. How about Disney’s Small World song? I have heard a few people mention that it annoys them. You think that could be bad too? I’ll go play about twenty times to see if it annoys me. You have certainly widened the scope of my experiment.

Nana: <Sigh> These noise canceling headphones are expensive, but thank goodness I invested in them. Good thing for the US army that Noriega did not have access to these, but I wonder if he tried using the old fashioned ear plugs at least before giving himself up.

PS: The title of this post is inspired by the name of a well known band (No prizes for guessing which one ;)) and although the way they were named had nothing to do with this post, I thought it was the perfect title. Music can be as beautiful as roses, or as violent as guns. It all depends on how one chooses to wield this double edged sword.