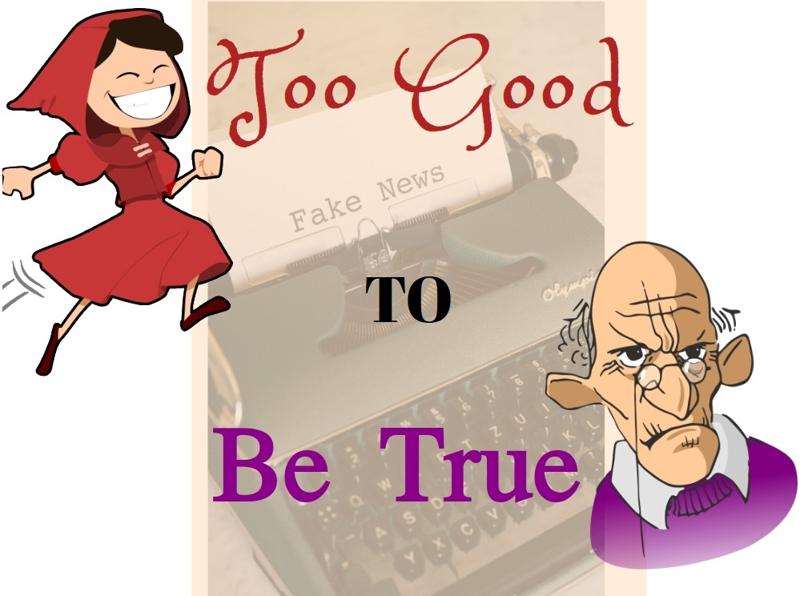 Cover image made using Photo by Markus Winkler on Unsplash

Nina: Nana, isn’t it awesome living in the information age?

Nana: It was indeed. Too bad you missed it.

Nina: Whatever do you mean? This is the information age. Anything you want to know is a finger tap away.

Nina: Haha, so funny Nana. But that’s only because you read newspapers. That kind of information has a short shelf-life anyway. So who cares about what politicians and celebrities do? I am talking about science, mathematics, history and other lasting useful subjects.

Nana: So you don’t think scientists overinflate the importance of their research and use unjustified glamorous terms so they can get funding?

Nina: I suppose that could be true. But one can access their actual research and read about it, right?

Nana: Not always. Many research papers are not in the public domain, and journal subscriptions are expensive. Also, understanding most journal papers requires expertise most of us don’t have. So even if the information is made available, you need someone to interpret it, and there is no guarantee they are not misinterpreting it, either deliberately to serve an agenda, or because they lack the knowledge to interpret it correctly.

Nina: You exaggerate Nana. The arxiv makes loads of academic papers freely available, and it’s true that most of them are highly specialized, but one can always get something out of it. It’s better than not having the information right?

Nana: Not always. Sometimes, incomplete information can be dangerous.

Nina: How so Nana?

Nana: Well, suppose you know that a medicine can cure the ailment you are suffering from. But you know nothing about dosage. So you just take a random amount of the medicine. Then you could die from an overdose.

Nina: Way to be morbid, Nana, but you do make a valid point. However, in case of current affairs, things can’t have changed much. Rumors must have always been there.

Nana: True, but just like the other information, they were less accessible and widespread. Rumors and fake news today tend to drown out useful information. Remember what Tolstoy said about happy families?

Nina: You mean in Anna Karenina? He said All happy families are alike; each unhappy family is unhappy in its own way.

Nana: The same is true for truth. There is one truth, but many different lies that can be spun form it.

Nina: But what about perspective Nana? The truth can be presented in different lights, can't it?

Nana: But that’s my point. With so many different perspectives, opinions, and agendas competing for visibility, the kernel of truth gets obscured, and the noise is amplified, until searching for information yields far more noise than anything useful.

Nina: So you're saying, now lots of information is easily available, but looking for the useful, realiable stuff is like trying to find a needle in a haystack, and we are effectively back to square one. That makes me think of the second law of thermodynamics which says that the total entropy or disorder in a closed system can never decrease.

Nana: Actually it’s a lot worse than square one. Because now people think they know stuff, even when they don’t, and then they act upon false or incomplete information.

Nina: Like the example you gave with the medicines. But why don’t people check for multiple sources?

Nana: Sometimes they do, but modern social media and search engines tend to create echo chambers. When you search for something or like it, the various social media and search platforms expose you to more posts and articles just like the one you liked to reinforce the point of view you just liked. It’s also human tendency to cherry pick data and facts that agree with one’s point of view, and ignore information that doesn’t.

Nina: I know, Nana. It’s called confirmation bias. I read about it in one of the Tania books by Kanika G. You suffer from it too Nana, especially when it comes to me.

Nana: What do you mean?

Nina: You’re always nodding along when people tell you about things I do to annoy them, but refuse to believe anyone who tells you about times I have been quiet, helpful and well behaved.

Nana: I think it’s time for you to go away.

Nina: Fine, Nana, but I’ll leave you with a bit of feel good news about fake news.

Nina: Well, every tool, even fake news can be put to good use, and some scientists have done exactly that. They found a way to use the idea of fake news to prevent predators from killing endangered birds. Isn’t that cool?

Nana: Humph. Perhaps, if it’s true. But even if it is, I’m sure this will open up a can of worms.

Nina: Tch, you're such a pessimist. Don’t worry, Nana. Then the extra birds that don’t get killed can eat the worms. Haha!