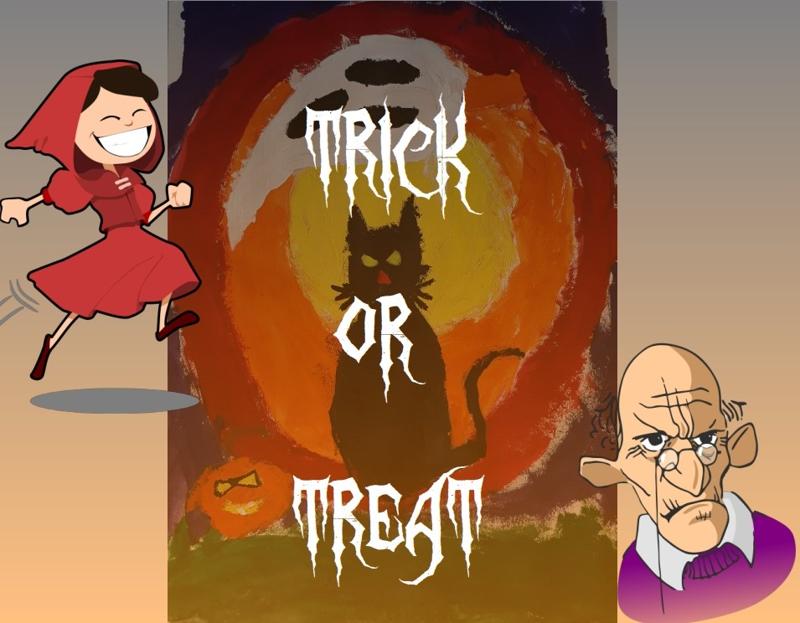 Cover image made using painting by Pell G in this book.

Nina: Nana, Halloween is almost here, so tell me something scary.

Nana: Hasn’t COVID-19 frightened us all enough for a lifetime?

Nina: Come on, Nana. You must know of something scary.

Nana: Fine. I was just reading an article about scientists trying to introduce a species of beautiful butterflies into an island with low biodiversity.

Nina: Ooh, me likey. It’s classic horror to begin with good intentions and a belief that we can control the outcome of our tinkering. Then when we learn that we’re not as smart as we think, things spiral out of control, and stuff gets interesting. Just like when, Ryland Grace tries to tinker with the evolution of astrophage.

Nana: So typical. You ask me to tell you something, and then hijack the conversation. And then you wonder why I hate interacting with you. Do you want to hear this story or not?

Nina: Aaargh! Nana you frightened me.

Nana: Well, not exactly inside, but along with the tiny parasitic wasp emerged a tinier bacteria. But this horror story actually has an interesting twist. This remote island is very small, and so most species are notoriously susceptible to extinctions, but the remarkable thing is, in spite of several isolated population crashes, and facing difficult odds, the butterfly species has managed to survive.

Nana: Urm.. Not quite. The other 3 species too have survived for 3 decades and the tiniest wasp has even managed to spread to neighboring islands and is wreaking havoc. Goes to show how things can go awry when you meddle with nature!

Nina: Pooh! That’s a nice science fact, but not exactly Lord of the Flies, you know. Just because you say something in a spooky voice, doesn’t make it scary. Hahaha, Lord of the Flies, am punny or what? Would that be the butterfly, the moth or the tiny moth? Hahaha, heeheehee.

Nana: Hmph, just hilarious! Let’s see if you can do any better!

Nina: Easy. Now, scary is the Icelandic Museum of Sorcery and Witchcraft.

Nana: What’s so scary about an Icelandic Hogwarts?

Nina: It's hardly a Hogwarts. The necropants date back to the 17th century, Nana. But you can make your own necropants, by flaying the skin of a corpse waist down. Necropants, heehee, get it? Of course, you’ll need to get permission from the person before they die.

Nana: No thank you, I’ll pass. I’m quite happy with my own pants.

Nina: Hmm.. I think I’ll make it my Halloween costume.

Nana: Better you than me. Yurrgh. Can we have some Halloween candy now? It’s the only decent part of Halloween.

Nina: How about pastila?

Nana: Are they Icelandic? Or perhaps like Fred and Geroge’s puking pastilles?

Nina: Don’t worry, they’re Russian, and too delicious to induce puking. They’re made from apple pulp and have a texture somewhere between marshmallows and meringues.

Nana: Sounds perfect, and way more pleasant than sticky caramel apples for an old man with too few teeth.

This post is a part of the #NinaAndNana series I co-host with Lavanya Srinivasan. Her posts can be found here. Many of the articles referenced in this post are from Atlas Obscura, an excellect source of intriguing stories.