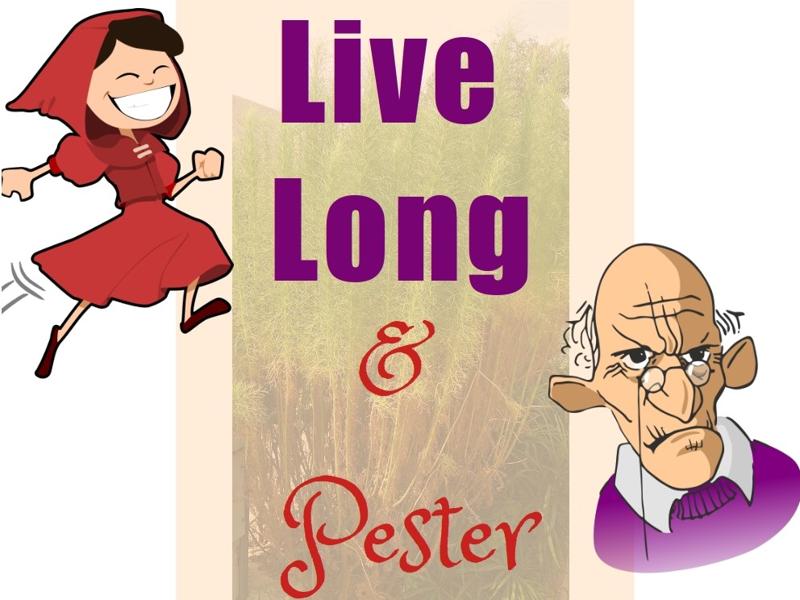 Nina: Nana, what’s the secret of your long life?

Nina: Are you sure it isn’t wormwood.

Nana: What on earth is that?

Nina: Scientists have found that Artemisia scoparia, a natural plant extract of a particular kind of wormwood that is native to Asia, can be used to improve metabolic health.

Nina: Well, they experimented with worms and found that the ones that were fed this special extract of wormwood lived 40% longer on average.

Nana: Who cares about worms, and why would anyone want them to live longer?

Nina: But the scientists say they have good reason to believe the results could be replicated in people.

Nana: Hmm, so what’s the catch?

Nina: Catch? Nana, must you always be so suspicious and cynical?

Nana: I just told you that’s the real secret of long life. Not this wormwood or whatever. Come on, spill it. What’s the catch?

Nina: Well, the worms did get fat and slow <giggle>, but they also became healthier and more resilient.

Nana: So you’re saying wormwood keeps you from becoming worm food too soon? But when you do, the worms get to feast on a fatty? Talk about delayed gratification paying off.

Nina: Nana, must you be gross about everything? I found out something else about a different variety of wormwood too. Do you remember what Snape said to Harry the first time he saw him?

Nana: Of course, not! Do I look like I swallowed the Harry Potter Books?

Nina: Well, I have to study the first book for an exam. It’s the reader in my school this year.

Nana: Schools are going soft these days. They should make you read Shakespeare in the original form.

Nina: So I have to read Harry Potter and the Philosopher’s Stone pretty thoroughly, and I remember what Snape said. He asked Harry, “Tell me, what would I get if I added powdered root of asphodel to and infusion of wormwood?”

Nana: I remember. Harry didn’t know and neither do I. Go away.

Nina: But Snape gave the answer, and the whole thing is just mind blowing, if you think about it.

Nana: I don't think about it. Didn’t you hear me say I don’t care?

Nina: Psst, he doesn’t, but may be you do. Check out what cryptic secret J K Rowling gave away in that first dialogue between Snape and Harry. I promise you’ll be amazed.

Nina: I don’t know. Common wormwood, AKA Artemisia absinthium does taste bitter, though. Why do you ask, Nana?

Nana: Figures. Remember what Bartlet said in West Wing? You don’t live longer, it just seems longer. You see, I don’t need bitter wormwood extract, I have you annoying me to eternity and back.

Nana: You got it almost right. I live long, because you pester me.