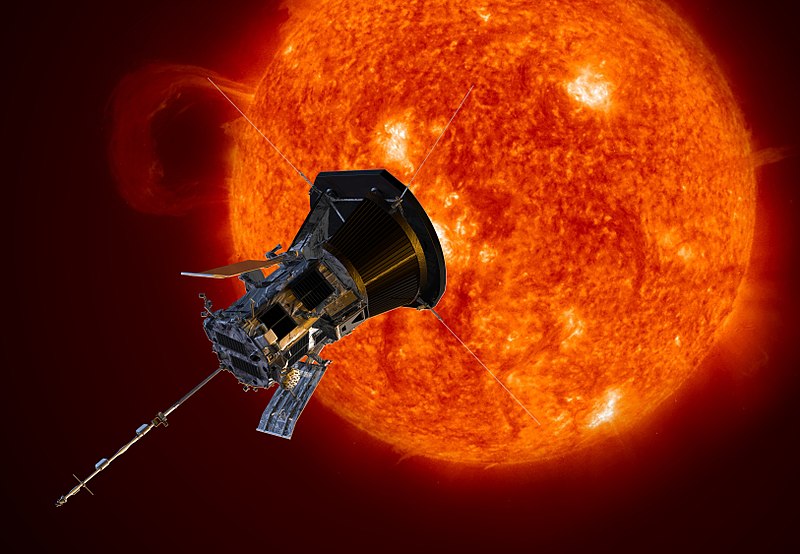 A few years ago, just before Mangalyaan made it to Mars orbit, NASA had sent Maven over. Then last September the world mourned the heroic death of Cassini along with NASA and JPL. Later, in June this year, Nina and Nana joked about Juno, and in July they shared promising news about the possibility of life on Mars.

Some of the pressing mysteries Parker hopes to shed light on include:

Why is the Corona hotter than the surface of the sun?

The Corona which is the outermost layer of the sun's atmosphere is at almost 2 million degrees Fahrenheit, while the surface is merely at 10000 Fahrenheit. This has baffled scientists for sometime. There are some theories that partially explain coronal heating but some of them contradict each other and none are quite satisfying. Parker hopes to obtain crucial data that will help scientists solve this persisting mystery.

Why is the solar wind continuously accelerated?

According to Wikipedia, The Solar Wind is a stream of charged particles released by the sun's corona. However thermal energy alone is insufficient to explain the high speeds of the solar wind. Solar wind is classified in to two categories, slow and fast. The secret to the solar wind is expected to lie in the sun's mysterious corona and it's jumble of open and closed magnetic feild lines as shown in the figure below.

Parker was named after the scientist Eugene Parker, who developed the theory of the supersonic solar wind, but Nana seems to find the name very amusing. Read on to find out why. 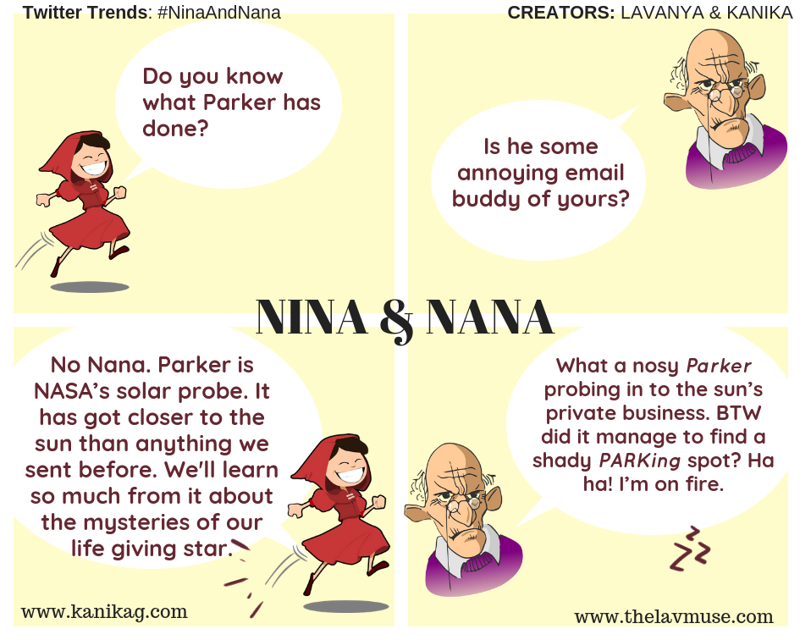 Here is an illuminating video about Parker