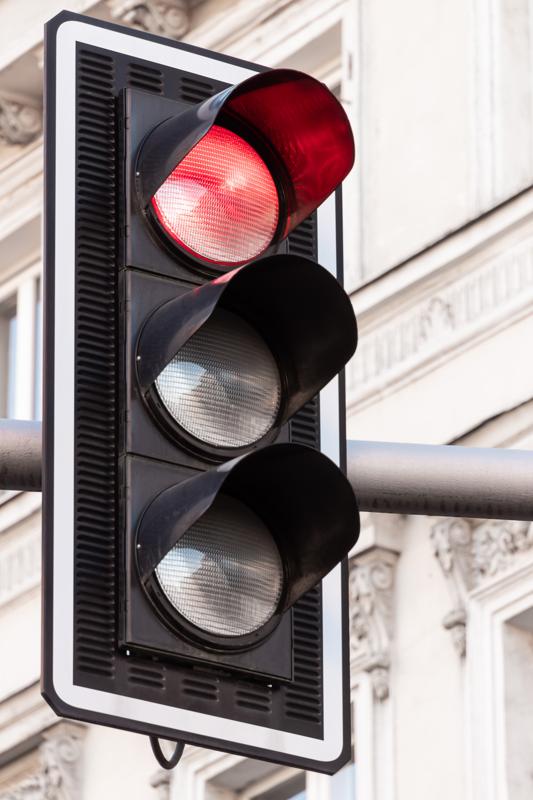 Photo by Paweł Czerwiński on Unsplash

Nina: Nana I’m getting late. What are you doing?

Nina: So what if the light is red? It’s 3 minutes long. Who makes a traffic red light last 3 minutes at 7:00 am, when there are barely any cars on the road? It’s dumb. Will you stop being a stickler for pointless rules? You’re driving a cool Mustang for crying out loud. I'm getting late for school, Nana.

Nana: Hey first of all, following rules is not just smart, it’s cool too. Anyone can follow rules when it’s convenient. We tough guys follow them even when it’s annoying because we have grit and will power. Secondly, would you rather reach school late and in one piece, or early in pieces?

Nina: Don’t be so dramatic Nana. Can’t you see there is no cross traffic? The signal is badly designed. It should be adaptive and adjust to traffic conditions.

Nana: You’re right, that the signal can be better designed, but by breaking it you only prove that you are no smarter than the people who designed it. You’re thinking it’s only the last few seconds of the signal, so what’s the big deal violating it.

Nina: Yeah, so what is the big deal Nana?

Nana: What if there is someone coming the other way and speeding because he is desperate to make it through while it’s green? Then just to save a few seconds, we could be in a fatal car crash.

Nina: But what’s the point of following rules if no one else does? The roads are already unsafe. The other day Mama stopped at a signal and there was no cross traffic, so the cars behind her started honking loudly. Everyone was getting annoyed. Shouldn’t we fight a flawed system by breaking bad rules?

Nana: Just because something is not perfect, doesn’t mean it’s bad. Traffic rules are there for our safety. Could there be better traffic control systems? Sure. But what we have, is better than nothing.

Nina: So we should just quietly follow the rules even though we know the system should be made better?

Nana: There are many ways of fighting a flawed system. You can raise awareness about it on social media and share ideas for solutions, like adaptive traffic lights in this case. You can petition your local government to implement these. You can come up with fund raising ideas to figure out how to pay for it, or demonstrate that in the long run adaptive signals are cost effective. You can educate your community. But you cannot put your own and other people’s life in danger by breaking traffic laws.

Nina: Fine Nana. But if other people aren’t following the rules, then we are unsafe anyway. So why not break the rules if it helps us?

Nana: You can be the instrument of change. You can stick to the rules, when no one else is willing to, because you know it’s right. You talk about big changes in the system, which are hard to achieve. But what about the little changes you can achieve? You may not be able to move governments or crowds to do what you want them do. But you can make yourself do what you know is right, even if it is inconvenient. That is how you lead, by example.

Nina: What about rules like not driving on the wrong side of the road? What if someone has blocked your side of the road by parking his car? Do you just wait all day for the car to move or do you veer across to the other side?

Nana: If there is any reasonable solution that allows you to not break the rules, then don't break them. Driving on the wrong side of the road is permitted to pass slower traffic, so long as you're doing it safely, which means you're not not inconveniencing any one else, and you're yeilding to oncoming traffic. If one does it just to avoid the obstacle, and then returns to the correct side of the road, it's within the rules. But that doesn't mean one should drive on the wrong side of the road to get ahead during a traffic jam.

Nina: Why not? Traffic congestion is an obstacle too.

Nana: Yes, but it requires drving on the wrong side of the road for an extended period, which significantly increases the risk of an accident. At the point where you merge back in, you create a bottle neck, worsen the jam, and inconvenience everyone, just to gain a few minutes. Sometimes rules seem like they are useless and slow you down, but they are designed for the system as a whole to work efficiently, and sometimes they are not optimal, but randomly breaking them, does not improve the system.

Nina: I suppose following the rules is not at odds with wanting to improve the system. We can’t improve a system by disrespecting it.

Nana: You know the same is true for people. You cannot hope to improve people by disrespecting them, especially little people eh? <winks>

Nina: <smiling> Yes Nana. Thanks for arguing with me instead of shutting me up. You’re a grouchy old curmudgeon, but you are kind and keep your cool when it really matters.