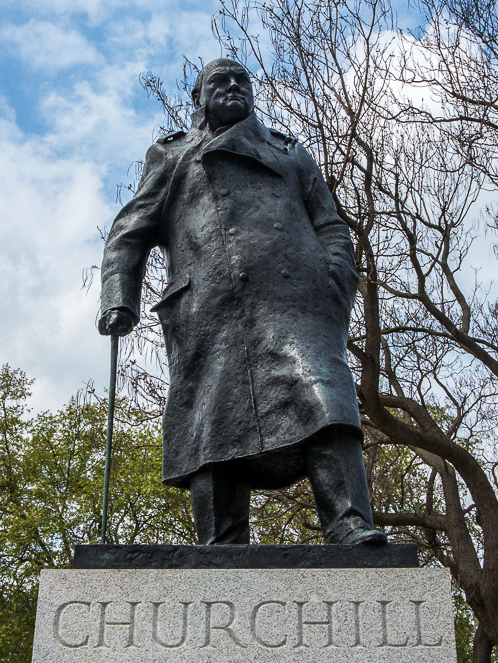 Nina: Nana, I am so confused about Churchill. In so many places he is portrayed as a hero who saved the world from Hitler, the apostle of democracy and yet, recently, people were defacing his statue in London, and calling him a racist, during the Black Lives Matter protests in London.

Nana: Don’t talk to me about that insufferable man. Racist! That’s too mild a term for him. Bigot is understating it. He was no less than a monster. I’m glad his statue was vandalized.

Nina: Nana. I’m shocked. He is a much revered public figure. He was a brilliant strategist and considered to be one of the greatest all time Britons. So whatever do you mean?

Nana: Churchill hated Indians, Nina. He was terribly opposed to India’s independence. He believed that the white people were a superior race and there was nothing wrong with slavery or genocide of native Americans in America. He hated the Chinese too.

Nina: Nana, but that’s just how British people thought at that time. Churchill wasn’t especially bad. He thought these things, but he did not actually implement cruelties like Hitler, right? Many people think all kinds of things, but we should judge them by their actions, right?

Nana: Oh, he was nicer than Hitler! How wonderful! Now there's a high bar to cross. Well, if you think nothing came of Churchill’s theories, what do you have to say about his handling of the famine in Bengal. Over three people died there because Churchill thought Indians deserved it for breeding like rabbits. Just read all the stuff Shashi Tharoor has uncovered about him.

Nina: I see Nana. I guess, most of history is written from the perspective of those who were victorious and tends to be biased. I need to learn a lot more about Churchill from different sources, but I don’t think this part of history should be hidden away. He has made a lasting impact on history of the world for better or for worse.

Nana: He shouldn’t be glorified either.

Nina: In that case, what do you think of the Citadel Museum in Germany. It stores statues and scluptures of Nazi history. They sculptures are not revered, but available for people to study and play with. According to an article I read the message the museum wishes to convey is

A monument is not a descriptive account of history, but instead a historical artifact that tells a story about power. In a setting that invites scrutiny, visitors can study Berlin’s monuments to grasp more clearly who had power and how that power was used.

Nana: You know history has its dark events, and we may not be proud of it, but hiding it is not the answer. This reminds me of big debate on children’s literature, and if Enid Blyton books should be given to kids because of the racist undertones?

Nina: Yes, exactly Nana. Those books shouldn’t be censored. How else can we learn? The racism in those books should be discussed, not swept under the rug, so to speak. We need to learn how some things used to be, and keep working to make things better.

Nana: I suppose Churchill served his country diligently, and that’s why the British take pride in him. Besides, today I learned something. If even you can talk sense sometimes, I suppose one can find something good in everyone.

Nina: Very funny, Nana. Not! Besides, not everyone in Britain blindly trusted Churchill. In an article, John Charmley, author of a book on Churchill said, "People sometimes question why on Earth did people not listen to Churchill's warnings about Hitler in the late 1930s, to which the short answer is that he'd used exactly the same language about Gandhi in the early 1930s."

Nana: Talk about your chickens coming to roost.