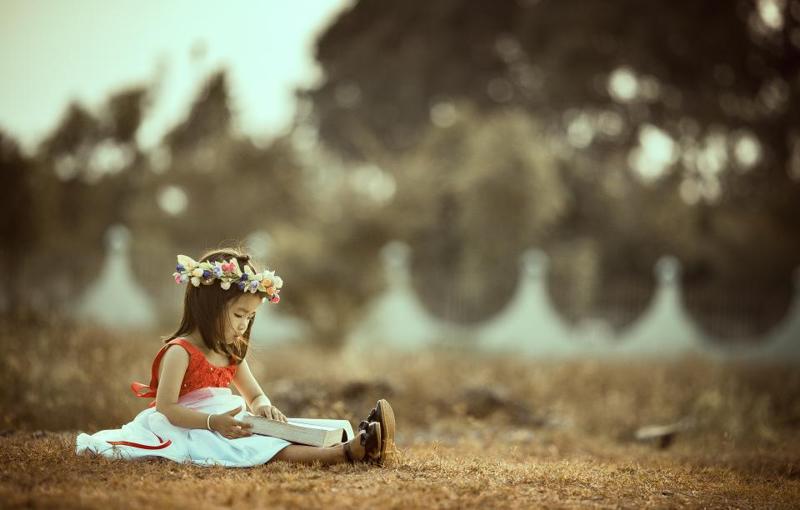 When my daughter was 2, I was reluctant to introduce her to fairy tales like Cinderella and Sleeping Beauty. Many articles pointed out the problems with gender specific roles and the dependence of women on men, that these stories tend to glorify. But, truth be told, that was not the main reason I avoided these stories.

The gender bias, stereotypes and gender roles, of fairy tales exist even today, although usually in more subtle forms. So those, I could have explained to her, and even encouraged her to watch out for them in life and fight them. It would be a good place to start that conversation early.

Personally, I did not care for these fairy tales, and I wasn’t keen on reading them over and over again. I also did not feel like having to explain about kingdoms, witches and cruel step mothers, as these are not things she comes across in her everyday life. I have nothing against her reading them at some point on her own, and if she brings me a book she gets as a gift, I do read it to her, nudging her to think about various gender roles and other such things in the story.

But I did enjoy reading the Dr. Suess books to my daughter. My own childhood favorites were Dr. Seuss's ABC and Wacky Wednesday. From imagining a camel on the ceiling, to figuring out exactly what was wrong with the Sutherland sisters, and wondering how Miss Bass could not notice all the crazy things in her class, Dr. Suess made me giggle and realize, that things that were not, or couldn’t be, could, still be thought about and imagined. I loved how, by putting things together, that were not supposed to be, or expected to be together, he could make something funny, like young Yolanda Yorgensen yelling on the back of a yellow yak. It did not have to be real, or make sense, but he could draw it, and I could think it.

My daughter too loved Dr. Seuss's ABC and Wacky Wednesday, but her favorite, as I have written before, was Hop On Pop. She also loves To Think That I Saw It On Mulberry Street, Yertle the Turtle, Horton Hatches An Egg and Oh the Places You’ll Go.

So when I woke up on the morning of 30th September, to a Google news feed of people calling Dr. Suess books racist, I was a little surprised. Twitter was flooded with #racistsuess and #suessgate hashtags. I had seen similar claims about Enid Blyton books on many occasions, on account of her treatment of golliwogs in stories, but I couldn’t think of anything racist in the Dr. Suess books, I had read. I checked out some of the articles and was even more surprised to see To Think That I Saw It On Mulberry Street as one of the racist books included in the list, for possibly stereotyping Maharajahs and Chinese men eating with chopsticks. There were some explanations about how The Cat In The Hat was racist too.

It got me thinking. What exactly are we expecting of our authors? Are we expecting them to be superhuman and completely free of prejudice? Can anyone claim to be so? Writing is a creative process that is influenced by our experiences, outlook, lifestyle and yes, prejudices too. Writers are human after all. They may make a conscious effort to avoid prejudice, but some subtle prejudice will creep in, especially if it is socially acceptable at the time.

The other argument against the Dr. Suess books, was that he was racist himself. So he should not be a role model to kids. Frankly, I take issue with anyone being idolized by kids. Kids can be inspired by some people, for their talents, or ingenuity, or some of their choices or actions, but to idolize or worship them is silly, because every one has flaws.

Why does Dr. Suess have to be a good person, for his good books to be enjoyed? I am a big fan of Asimov's books and I am a feminist. I was quite upset to discover how he treated women. But then I realized, that Asimov's bad behavior, should not diminish my enjoyment of I, Robot or The Foundation Series, just like Einstein having character flaws, would not make the Theory Of Relativity any less correct or important. Neither should the fact that Asimov writes well, lead me to conclude he is a flawless person. Should we shun the useful contributions of people to society, just because they have flaws?

Our writers are human. They will have failings and be influenced by their environment. If they realize some of their flaws, and work to correct them in future writing, like Dr. Suess did, so much the better. If not, a book, or it’s author, does not have to be perfect, for a child to enjoy the book.

Gender bias, racism, bullying and other societal evils will exist in a lot of literature of the past, and may be, even in some of the present, because literature does not evolve in a bubble. Even if literature is ahead of it’s times, it won’t be completely free, of the influence of the society it was created in. But should we shield our children from it, or let them explore it and then discuss our concerns? We should also expose them to more sensitive and diverse modern literature, but we don’t need to hide away pour past. We need to face it.

Let kids enjoy the good stuff in books of the past, Enid Blytons and fairy tales included. We, as parents, can always point out the flaws. Kids can learn, that things don’t have to be perfect, to be good and worth looking into. They can learn something from the flaws too. They can learn, how some things used to be, and how we are working as a society to better ourselves everyday. But we can only do so, by acknowledging flaws and finding solutions, not by trying to hide or forget those flaws.