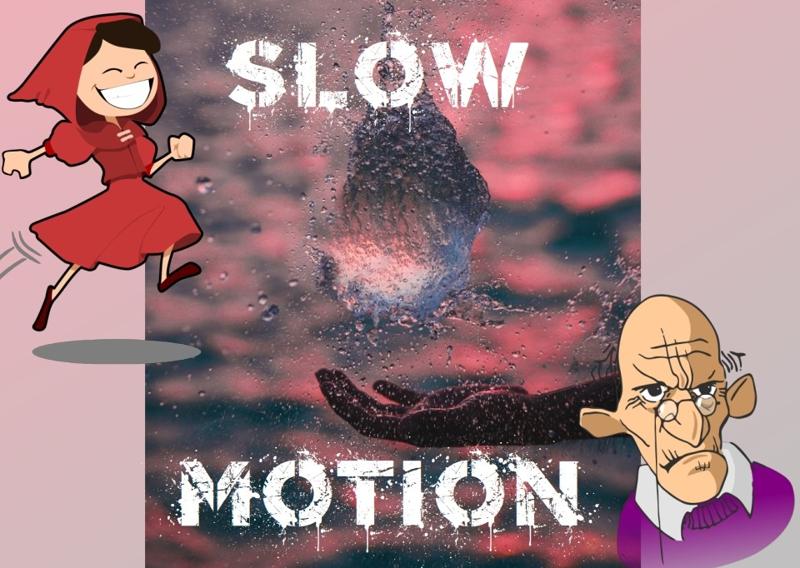 Image made using photos by Javardh on Unsplash

Nina: Nana, Nana, what are you doing?

Nana: Shut up, will you? I am trying to watch cricket, and you made me miss that. Was it an LBW, or not? I was trying to concentrate, and you distracted me.

Nina: Don’t worry. They’ll show the slow motion replay soon enough, and you’ll get to see what happened. In fact, you’ll see it far more clearly than you could have live, no matter how hard you concentrate.

Nana: Hmph. They do everything in slow motion now. Umpires today, have it so easy.

Nina: Did you know, that if you were a squirrel, you would watch the entire cricket match in slow motion?

Nana: What nonsense! That’s impossible. How can a squirrel see it in slow motion? The match finishes when it finishes, no matter who you are. Or is this squirrel in a time dilated frame traveling at a speed close to the speed of light?

Nina: No, Nana. This has nothing to do with relativity and a lot to do with cartoons.

Nana: You’re a cartoon. Remember, when Harry Potter was trying to watch the Quidditch match using omniculars. What went wrong?

Nina: He tried to use the slow motion feature and fell behind and missed the fast paced live action.

Nana: Exactly. Even magic didn’t help him. So there is no way the squirrel can watch the live cricket match in real time in slow motion, young grasshopper.

Nina: Wrong again, old man. Harry may have been a wizard, but he was only human. You are assuming that a squirrel, or even a cat for that matter, processes visual data in the same way as a human eye and brain. You know how cartoons and other animations work, right?

Nana: Of course, I do. They use persistence of vision. The human eye and brain can distinguish at most 10 frames per second. So if you flash more than 10 frames per second, our eyes can be fooled into seeing it as continuous motion. Currently, movies typically flash 24 frames per second (FPS), but some want to increase that for a smoother viewing experience. Also, a range of different FPS, from 24 to 60 are used for different purposes.

Nana: How nice. Stop patronizing me, and get to the point about the squirrels. If you ask me, you’re nutty as squirrel poo.

Nina: Unlike humans, squirrel eyes and brains can process a lot more frames per second. This is true of cats, lizards and some insects, mostly animals with a high metabolic rate. To them the world appears as it does to us when viewed in slow motion because they process the visual data so much faster.

Nana: So you're saying that if McGonagall transformed into a cat to watch Quidditch, she wouldn't need omniculars?

Nina: Sure, close enough. Processing a much higher number of frames per second, is how these animals react so fast. That’s how cats are so quick to catch prey, and why insects are so good at escaping your clutches.

Nana: Then it’s a good thing, you’re human. I’ll have no difficulty catching you, when you make trouble.

Nina: Actually, Nana, human children too can process a higher rate of frames per second than adults. Bye. Catch me if you can!

Nana: Bye. That worked out quite nicely, now didn’t it? Kids! Who cares about their agility, keen eyesight and good health. Old fashioned reverse psychology gets them every time! Hehehe.

Nina: Nana, I heard all of that with my keen ears. I’m back. Tada!