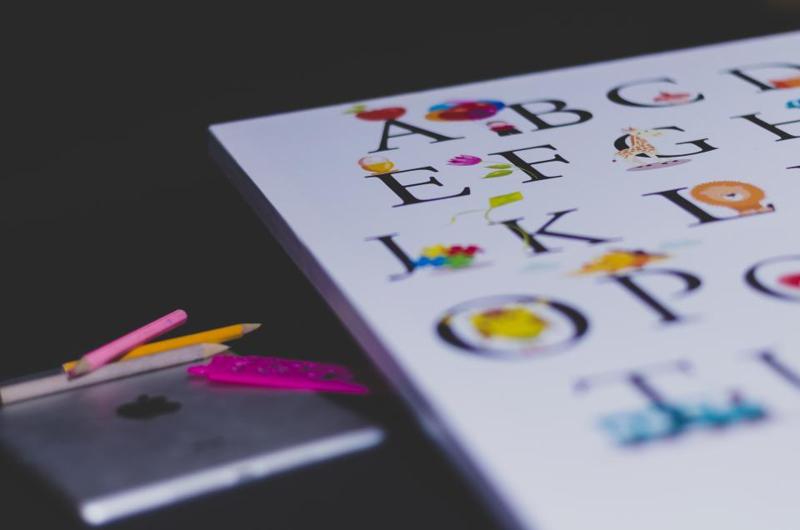 Actually, she had no idea what a scrap book was, but as long as it had something to do with the solar system she was on board. I explained, that we would collect information and pictures about the solar system and put it together as a book on the computer.

"Mama then print it, so I can show it to my friends." She begged and I agreed.

Together, we spent many afternoons scouring the web for information and watching informative and entertaining youtube videos. There are so many interesting things one can learn about a subject these days, with just a little googling. Even as a former physicist, I discovered loads of new facts in doing this project with my daughter. I was amazed, how many more moons of Jupiter had been discovered, since I was in school. The number had more than quadrupled.

Gathering all the information was just the first step. I told my daughter, that the internet has a plethora of information, but not all of it is reliable. We browsed some reliable sources like the official NASA website, and we checked multiple sources for verification and clarity when we doubted information obtained from some obscure source.

I taught her the importance of crediting sources, and linking references, especially while using pictures. I also enlightened her about the differences between photographs, diagrams, and artistic representations. I explained that it is difficult to find images of the solar system that are to scale because widely differing sizes of the planets, asteroids and the sun and the distanced between these objects.

Once we had loads of information, we had to figure out how to organize it, and present the most useful and interesting bits in a clear and concise manner.

The project was a fun and productive experience. I have attached the electronic scrap book we made in PDF format. Hope you find it useful and informative and indulge in similar activities with your kids.

My daughter enjoyed the project so much, she now wants to make a scrap book about plants, which is the current theme in her class. She is also eager to show off her scrap book to her teachers and friends in school. 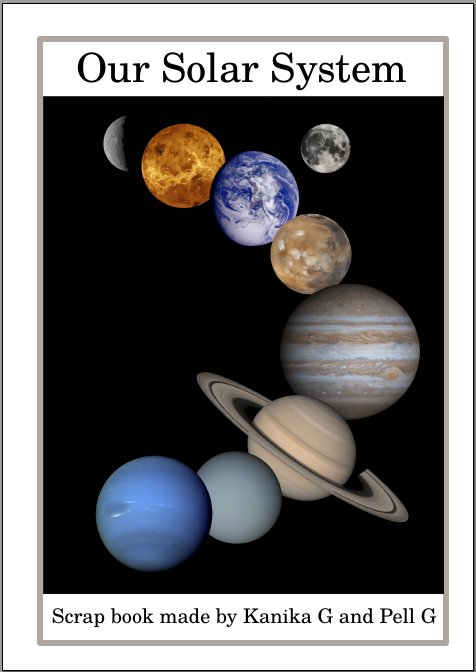 Technical details: We made the scrap book using free and open source software Libre Office (similar to powerpoint). We set the slide size to A5 so we can easily print it. Libre office has an inbuilt PDF converter. So I converted the final document to PDF and it's ready for printing. This way we can have a hard copy as well.