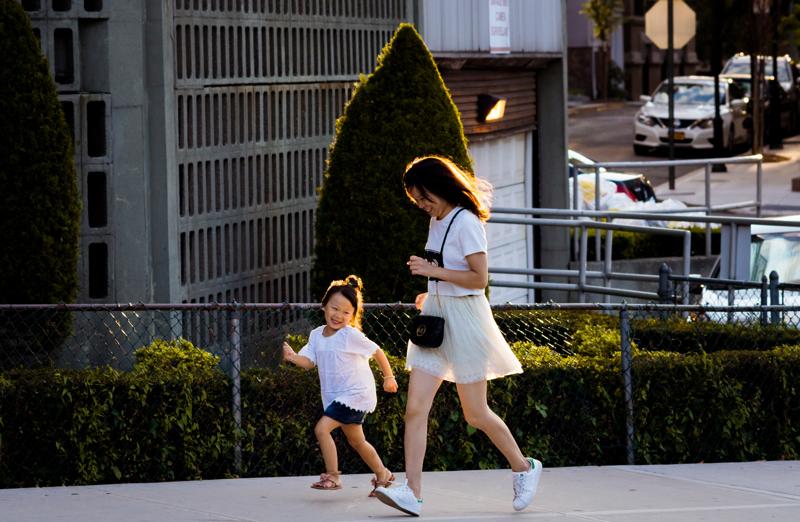 Photo by jurien huggins on Unsplash

My 7 year old is already exhibiting the beginnings of teenage behavior. Sullenness, stubbornness, defiance, incomprehensible meltdowns are all beginning to raise their ugly heads. “You are the worst Mama in the world!” has already made it to her list of regular complaints of home life.

As you can imagine, these changes led to some of the the worst shouting matches I have ever had with her. And I was at a loss. Things that had worked smoothly or been fixed in the past like her doing her homework, or eating her dinner or school snack suddenly started requiring regular reminders that were greatly resented. Grumpy retorts and whining sky rocketed. Rude answers and dissolving in to tears at the drop of a hat showed up from nowhere.

Taking away privileges for bad behavior started proving to be counter productive. She either decided she did not care or fussed anyway and then fussed again when she was deprived of her privileges. I was at the end of my tether wondering what to do.

Papa as usual, in his sage way suggested that if the tactics I had been employing all this time had started failing then intensifying it and trying to batter down her walls wasn’t going to work. It was making me upset and her angry and failing to get anywhere. So, he suggested I retreat and rethink my strategy and come up with some other way of dealing with the problems.

In the past when she was sullen about breakfast, I had tried explaining to her about the time constraint in the morning, I tried to get her to understand that I put a lot of effort in to making meals for her and her angry sullen comments are hurtful and I tried talking to her about the importance of healthy nutritious food. But none of these explanations worked, in that, even if she agreed and understood she would soon forget and my frustration would cumulatively build up with every incident.

Finally, as Papa had suggested I thought about my situation and came up with an idea.

I tried a new approach where I told her that every time she fussed about breakfast she would have to make her own breakfast the next couple of days. That way she would not have to put up with breakfasts she disliked, and could show me how to do it better.

This approach has helped in several ways. For one she realizes the time and effort that goes in to making different items and is more understanding when I want to make quick and simple ones and more appreciative when I put in the time to make time consuming ones that she likes.

On days she throws a tantrum about breakfast, the recipe is simple. I inform her that she is in charge of making her own breakfast for the next two days and experience relief that I as able to effectively address the situation without shouting or nagging. Even though she would rather not have to make herself breakfast, so she can sleep an extra 10 minutes, she takes pride in the breakfast she makes for herself and eats it cheerfully to emphasize that she has done a good job of preparing it. Bonus: I catch a break in my crammed early morning schedule for two whole days and rejoice in it.

Over the years, Papa and I have instilled good eating habits in our daughter. So the breakfasts she prepares are quite healthy and nutritious, albeit simple, like a medley of fruits or dry fruits and nuts with a glass of milk, or tomato cheese sandwiches, or yogurt, toast and salad. She plans her breakfast the previous night and makes sure the ingredients are handy. Preparing breakfast gives her something to focus on, and gets her out of her grumpy morning moods, or on some other days realizing that she did not have to wake up 10 minutes earlier than usual cheers her up.

Another case where I used a similar constructive approach was when it came to my daughter putting her things away. No amount of nagging or incentives or disincentives had helped much. She kept forgetting to put things away.

So the new formula I came up with is, if she leaves something lying around, I put it away somewhere she cant find it or reach it. Then when she comes looking for it because she needs it right away, I tell her that she had forgotten to put it away. Since I had to do it for her, I am willing to trade for it. She can have it provided she does one of my small jobs like sorting through some laundry, or helping her little sister get ready in the morning, or tidying up the living room, or helping me tidy up the kitchen after I make their afternoon snack.

This way she learns a lot of little things and becomes more responsible. She also has been getting better at remembering to put her stuff away, and what’s more, watching her do so has inspired her younger sister to do the same. She is also beginning to understand the efforts Papa and I put into making the house functional, something she had been taking for granted so far.

Mom Helps Those Who Help Themselves

Here is another example. I put in a fair amount of time in to discussing ideas for school projects with her and helping her prepare for elocutions or competitions and she really enjoys these activities, as well as the accolades she gets when something we work on together turns out great.

So to solve the problem of her recent reluctance to do her homework assignments well and on time, I told her that the amount of time and effort I spent with her on school projects and competitions would be determined by the time and effort she spent on homework and how well she met her homework deadlines without nagging or reminders from me. Ever since then she has been diligent about her homework.

For Now We Have A Solution

These little techniques encouraging her to share responsibility for her life and well being and learning about all the little things that make her home life function smoothly has worked well to reduce shouting, fighting and has helped make her more responsible, thoughtful and independent. For now they work and I like them. Who knows how long it will last. I must say that if this is how exhausting parenting is at 7, I shudder at the thought of 13. Hopefully I'll learn along the way and be better prepared to deal with 13.

I must remember that she is changing rapidly, so when things just aren't working, I need to retreat, rethink and retry.