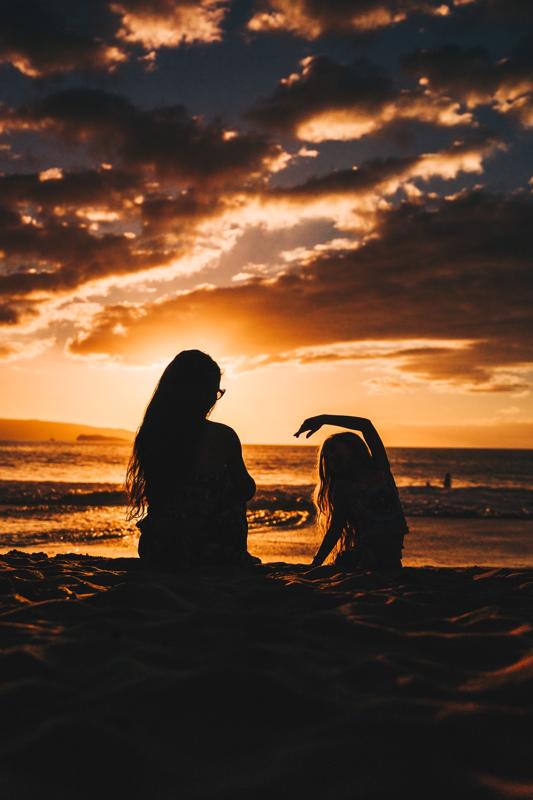 Photo by guille pozzi on Unsplash

Yesterday my older daughter Pell and I spent a blissful afternoon doing sudokus and crossword puzzles together. It was the most enjoyable afternoon we have ever spent, and it made it me think of our almost 7 year journey together.

When I was pregnant with Pell, I looked forward to doing so many things with her. Swinging, blowing soap bubbles, playing board games, doing puzzles, cooking, reading and watching my favorite movies and TV shows together.

But of course, when she was born, she was totally helpless and could do very little. I realized I it would be a long long time before I could do any of those things.

The Process Of Learning

I watched her learn new things as she grew. When she was able roll around on the bed for the first time, I was completely caught by surprise. The thing is ,she had been trying for a long time unsuccessfully. I remember feeling impatient, wondering if she was ever going to succeed, and then suddenly, one day she just did it, and then she just kept rolling and before I could prepare for it, she had rolled off the bed! I panicked, only to learn later, that it would happen quite a few more times, in spite of all the care I took to prevent it.

That day I discovered something. I saw how kids learn. They struggle slowly and relentlessly and inch towards a goal it seems like they will never reach, and then suddenly one day, they sprint to the finish line. It was the same with walking, talking, reading etc. Then I realized, that’s actually how all of us learn. After a lot of time and effort and frustrating moments of seemingly getting nowhere, suddenly, things just click in to place, and moments ago something that seemed impossible to conquer becomes so obvious and easy it’s baffling we couldn’t always do it in the first place.

One of the earliest activities I remember joyously sharing with Pell was blowing soap bubbles. She was barely one and couldn’t yet blow them herself, but she would squeal with delight when she saw the bubbles float around and try to catch them. She’d be so thrilled if one landed on her knee or arm. We still indulge in this activity once in a while, but now she blows the bubbles and so does her little sister.

Pell has been interested in helping me in the kitchen since she was about a year old. Initially, this was frustrating, with well meaning actions resulting in her dropping stuff and making frightful messes. But two years ago she started making salad for her own tiffin. I couldn’t stop myself from bragging about it. A few months ago she started making simple breakfasts, like cheese tomato sandwiches and microwave cup cakes (using the batter from the chocolate pancake recipe and cooking it in a cup in the microwave for 90 seconds) for herself and her baby sister, so I could sleep in on weekends.

I remember how long it took to teach Pell to count, me finding it baffling how counting could be so difficult once she knew her numbers. But then one day she could count, and suddenly not long after, she could add too using objects. I remember her being so excited when she learned to add two digit numbers. She spent the whole afternoon insisting I give her sums in her new shiny notebook. By the end of that afternoon the notebook was well worn and used and I was tired before she was. She just kept going like the Energizer bunny. Doing mental math sums is one of her favorite ways to spend time with Papa today, and she and I are learning programming together from Papa now. What a long way she has come.

The Circle Of Life

Art was something I always wanted to explore, but somehow never did, until Pell showed so much interest in it, that I got sucked in too. I helped her get started with painting and she dived right in doing painting after painting one summer. Just for fun, I wrote a poem about one of her paintings, and promptly she expected me to do it for every time. That’s how we ended up publishing the book of poems with matching paintings called The Caterpillar And The Butterfly And Other Poems.

As a kid the piano always fascinated me, but I had no musical talent whatsoever, and no access to a piano or keyboard. I guess a longing to play one, even if I was bad at it, lingered within me. So when my daughter asked for one, I got it for her without hesitation, even with Papa protesting that the house may be flooded with ghastly sounds of Pell pushing buttons at random.

Of course, there were quite a few of those days, but Pell takes anything she does quite seriously. A friend of mine taught her to play Ode To Joy and she loved practicing it. Later she tried to composed a 4 line song with music and lyrics and played it for us. In first grade she had the option of choosing keyboard as one of her extra curricular activities. She has been learning diligently and teaching me too. She has taught me to play Twinkle Twinkle Little Star and Ode To Joy, so I can honestly say I can play some Mozart and Beethoven. She loves teaching me what she learns at keyboard class and I am her eager student.

Many of you know how my daughter inspired me to become an author. I started writing stories about subjects and characters that she loved and could relate to, so as to get her interested in reading and books. The character Tania was inspired by Pell, but later took on a life of her own. Tania started growing up faster than Pell and later inspired Pell to experiment with and learn many things. It’s amazing how these things come full circle, isn’t it?

Pell has been credited as the editor for many of the Tania books because her reactions when I read them to her helped me decide what parts needed to be improved or rewritten. Today Pell gives much more active feedback with the Nina and Nana cartoons and posts. She shares her opinion on what is funny and what could be better. She has done a review of my novel Growing Pains. She suggests subjects I can look in to for my blog. About a year ago we worked on a scrap book about the solar system together.

When I was pregnant, I dreamed of watching Gilmore Girls with Pell and I watched the entire series twice over to distract myself from morning sickness. So it was no surprise, that as an infant, she would respond to the theme song of the show. But the language is quite complicated, so I first watched Full House with her when she was 3, and much later, about a year ago, she started watching Gilmore Girls with me and she loves it as much as I do. We love chatting about the mother daughter relationship between Lorelei and Rory and our own relationship.

But the best part is that Pell is now reading the books I have longed to read with her. So we spend some afternoons reading the same book together. I revisit my favorite Enid Blytons and more recently the Harry Potter books.

She is only six, and has a lot of growing up to do. But we are starting to have quite a few buddy moments and they are absolutely magical. Soon we are both planning to learn to roller blade!