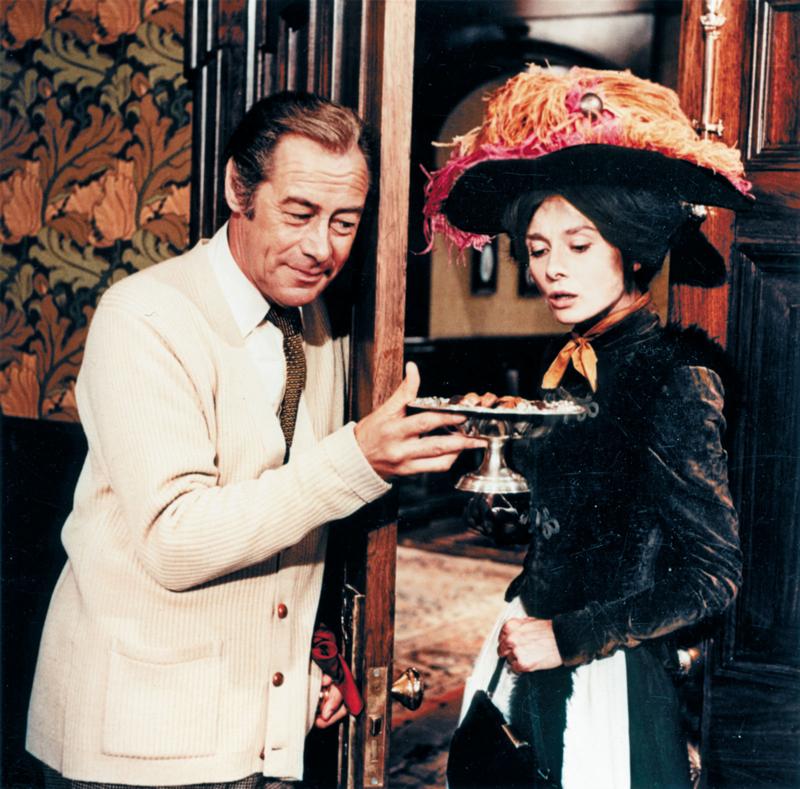 A few days ago, I was watching, My Fair Lady with my almost six year old daughter. She had watched the Lots Of Chocolates For Me To Eat song on youtube and wanted to watch the movie. I had first watched the movie when I was five.

In my twenties, I was amazed to learn that Papa had never watched the movie, so we watched it together. But I was shocked by Papa's reaction. He detested the character of Henry Higgins and said he was an awful bully. A bully? How could the witty and intelligent Professor Higgins be a bully? So I watched the movie again, and this time I noticed it. How had I missed this before? I don't know, but I was so caught up in the humor, that I did not notice how hurtful it could be and how insensitive it was.

For the first time I watched the movie from Eliza's perspective, a poor uneducated and unwashed girl, who gathers the courage to ask a rich aristocrat to make good on his casual boast of being able to refine her English and mannerisms in no time, so she can sound like a Duchess or better yet get a job as a shop assistant. Eliza wants to improve her speech. What courage that must have taken! And yet all Higgins does is insult her and strike heartlessly at what is likely to be her deepest insecurities repeatedly calling her a gutter snipe and a squashed cabbage leaf. Then, of course, there is how he assigns all women stereotypical traits and makes fun of them.

Even after I noticed the bullying, Professor Higgins still made me laugh, and I sushed my conscience with the thought, that the process made Eliza strong after all, as the movie showed.

Then came the time I watched it with my daughter. She did not see the humor. All she saw was a man being mean because he could, to a defenseless woman. This time I was watching it from the perspective of a writer. Yes professor Higgins is one of those people who wraps his bullying in humor to make it seem more acceptable. This does not mean that the movie is bad. My daughter still liked the movie, but I finally realized that I was seeing it all wrong. It was Eliza, and not Higgins, who was strong and admirable.

Over the years I have become more careful with the way I use humor. I have been asked by people, why I don't use humor in my posts. I do use humor in stories, but in posts I prefer not to use humor, in particular sarcasm. Although the post may sound more entertaining, humor can be judgmental, and passive aggressive. I don't like the idea of making an argument in this way. I prefer to present a balanced argument considering various perspectives.

That is not to say I don't appreciate humor. I love word play, irony, surprise, incongruence and other forms of humor. But, sometimes we writers, in using humor, get so enraptured by our own cleverness, that we don't notice when we head in to the nasty zone.

Over the years, what I find funny has changed. A while back I wrote a post discussing jokes that make fun of stereotypes. While I found these funny when I was a kid, once I examined why I thought they were funny, I realised they weren't. There are many ways to be witty, but making fun of stereotypes should not be one of them.

My Fair Lady is based on, Pygmalion, a play by George Bernard Shaw. According to Wikipedia, in ancient Greek mythology, Pygmalion fell in love with one of his sculptures. Similarly Professor Higgins falls in love with the polished and sophisticated lady, he creates from the common flower girl. In the movie, Higgins takes all the credit for the new and improved Eliza. My daughter and I had an interesting discussion about how much of the credit, in such a situation, lies with the teacher, and how much of it lies with the student.

Could any teacher have taught Eliza so well and taken her so far? Perhaps not, but could Henry Higgins have achieved this feat with any student? He believes so, but perhaps not. Eliza showed courage and initiative in coming to him and endured his mistreatment so she could achieve something she wanted. Her courage, determination and dedication made the successful completion of the project possible. My daughter was adamant that significant credit must lie with Eliza and I must agree with her. Higgins certainly provided Eliza a unique opportunity but she made the most of it.

But I treat everyone the same

Higgins argues that it isn't important how you treat people, so long as you treat them all the same. I agree with the sentiment so long as one is not so insensitive as to not notice their own cruelty. Sure, social norms and niceties can be an annoyance and no one should be forced to adhere to them. But that does not give one the license to strike at the vulnerabilities of another who has battled various insecurities and is making an effort to improve themselves in some way.

Cover image was obtained from here