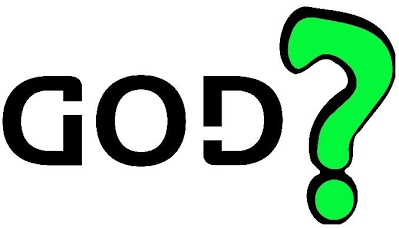 I have never really spoken to my kids about God. I wouldn't know what to say. I know some parents have a tough time talking about sex or periods to their kids. But, to me, God seems a much more complicated subject, because, I, myself, am not sure who or what God is.

The usual definition is God is omnipotent and omniscient. So if God can do anything at all at any time and runs the universe in a completely arbitrary fashion then, the pursuit of knowledge becomes futile. Even if God chooses to be arbitrary only sometimes (miracles), and usually lets the universe adhere to a set of rules, the problem is there is no knowing when, how and how often God will choose to be arbitrary and any attempt to understand the working of the universe then seems frustrating. I don't like to think this is true. Of course my likes and dislikes are not what runs the universe, but as long as I have a choice, this is not the type of God I would like to believe in.

Even if we were able to understand everything about universe through science, we can't eliminate the existence of an omnipotent and omniscient God. Because it could just be God's will that, this is how the universe is run.

Some science fiction shows like Stargate have an interesting take on Gods as more powerful alien races. But these are neither omniscient, nor omnipotent. They just seem so because they are far more technologically advanced than humans.

As for believing in God, one theory is, what is the harm? Isn't it just safer to believe in God? But if God is omnipotent and wants you to believe, then would you really have a choice? Besides would an omnipotent being really be petty enough to smite someone who questions its existence, especially if that omnipotent existence gave us the ability to reason and question? Also, if God really were petty and omniscient, wouldn't he see through your shallow reasons for believing in him, and then get offended and smite you anyway?

We on this universe can observe the universe and try our best to figure out as many of the rules, God set up, as we can, which is what scientists do. But isn't this somewhat passive observer God, only as important as the rules the God set up and discovering those rules is the closest we can come to understanding God?

God could be a little more interesting (less passive) and make the rules change with time in such a way that everything is backward compatible. So the laws of physics could be time dependent in a way that would be noticeable to humans only over a very long time. Scientists have considered the possibility of some physical constants having a very gradual time dependence. Of course God could make not just the constants but also the functional forms of the laws of physics time dependent and, may be, we have only been able to figure them out in our time. Or God could have set up multiple universes and each has a different set of fixed rules. But in all these cases isn't it the rules that are important and govern our lives, rather than the God who set them up?

Anyway my point is, I have not sorted out how I feel about God myself yet. So what do I tell my daughter about God? I would rather not say anything at all and let her figure out if she feels the need for God in her life. But even if I don't tell her anything, others will. It is not an idea I can keep her away from. And I don't want other people imposing their ideas of God on her.

So far, when my daughter mentions God, my approach has been to ask her what who or what she thinks God is and each time her answer changes and each time she learns something as I prod her to think a little more. In time she may build a picture of God that satisfies her or she may search and question the idea of God all her life or she may decide not to care. But for now, I am happy with just asking the questions and letting her do the figuring out.

This approach leads to some amusing conversations. The latest one went like this:

In some conversation we were having, that I don't really remember, she mentioned God.

So I responded with:

Daughter: God is the person who made everything.

Me: I see. How long has God been around?

Me: So did God make the dinosaurs?

Daughter: So God is a person. So how could God make dinosaurs when there were no people, silly?

I smiled and let the conversation end there. Another time a while back

Daughter: God made everything.

Daughter: God made the sky

Me: What did God make the sky with?

Daughter: With lights mama. He made light.

Daughter (gaining confidence): He made light bulbs and fans too.

Me: But these light bulbs and fan were made by Phillips and Orient at their factories.

Daughter: Oh. Then god made the material used to make the light bulbs and fan.

Again I let the conversation end.

I think it is going okay so far. I don't really want to use God as a moral police or an authority figure she is frightened of. I want her to do the right things because she believes it is important to be compassionate, considerate, honest and true to yourself. I want to teach her values that are important to me and I can only hope they will be important to her too, but I don't want to impose absolute morality on her. I want her to always think long and hard about any moral dilemma and come up with the best solution she can, under the circumstances.