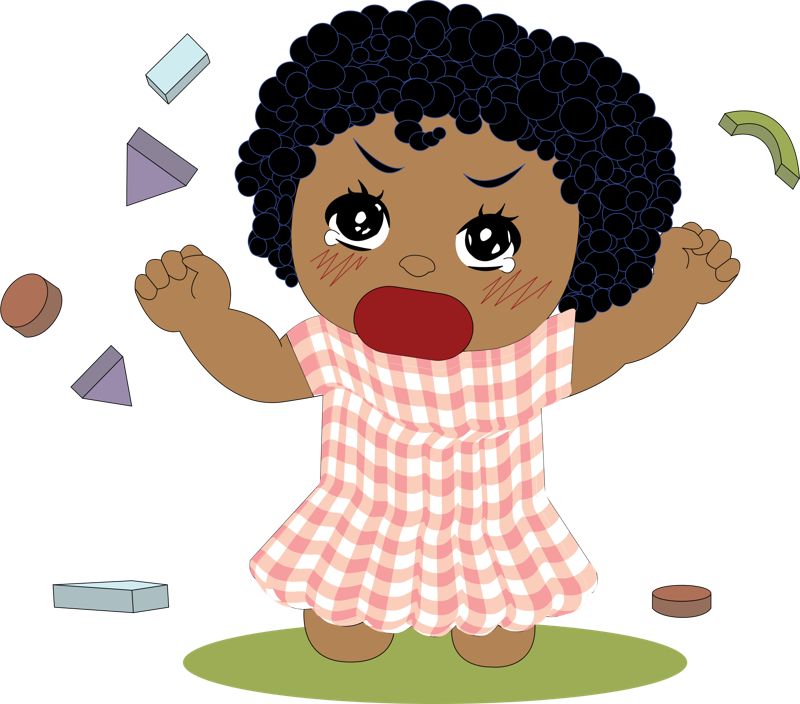 “I do it myself” she repeats over and over again as copious tears flow down her soft round cheeks. Her vision is blurred, but she is relentless. She will not give up. This is the fourth time it has happened this morning.

First it was with the diaper, then with the T-shirt, then with pants and now with her shoes. It is so difficult to see her struggling, but the minute I try to help, she lets out a ear piercing scream and continues to recite her pet mantra for the last week, “I Do It Myself”

I am talking about my two year old daughter. Yes the terrible two's have officially begun. But this time around they are so different. Seeing her older sister doing everything on her own, the younger one wants to do the same. She is fiercely independent and incredibly persistent.

While my older wanted to make her own choices and was happy to have me help with the tasks the younger one is quite the opposite. So while I learned some things the first time, there are new things to learn too. This time though, I know better than to rush and hurry. I have resigned myself to the idea that getting ready is going to take a long time and we have to start early.

My daughter is finally ready. The T shirt is back to front, the pants are inside out and the shoes have the left and right interchanged. But I have learned, that is okay. What is wrong with any of this? It does no harm. I know that, when I see my daughter's eye's shinning with pride as she says “Mama, I did it myself.”

Of course it is perfect, just like when the older one chose to wear the oddest colour combinations of clothing and mismatched socks. Do I feel embarrassed when I take them out in public? Not at all. Someone actually pointed out to me the other day, that my daughter was wearing everything ulta and my I could not suppress a proud smile as I said “Yes. She did it all by herself.”

Sometimes, of course, it is frustrating and really difficult to keep it together. Initially the younger one would wear the diaper inside out, and I had to correct her, making her very angry. In fact she would take off the diaper after I made her wear it, and start over. This week she wants to wash her hair on her own, but gets really upset when she gets foam in her eyes. The first couple of times she was trying to wear her pants on her own, she would struggle and then cry out “Help me, mama.” But as soon as I approached to help, she would push me away and shout “No, I do myself.” She would repeatedly oscillate between these two pleas for 10 minutes or more. But eventually, when she managed, she would be so thrilled. The struggle and misery of the last 10 minutes all forgotten, she would bask in her sense of achievement.

Having didi (my older one) around was quite helpful. Sometimes even though the younger one would not accept a help from me, she would let didi help her just a little. The younger one also won't let me feed her, most of the time and wants to eat by herself. Occasionally when she finds that her co-ordination is not up to dealing with particular foods, she is okay with didi helping her.

But having didi around is not always helpful. She wants to do and say everything didi does. So my older one often gets frustrated. Sometimes she wants to do things that are okay for didi to do, but too dangerous for her. Then of course there are times they are pulling each other's hair, pinching and punching each other, for god alone knows what reason. And then the very next moment they are hugging.

I suppose people did warn me that parenting would be an emotional roller coaster ride. I just never realized how intense the ups and downs would be.