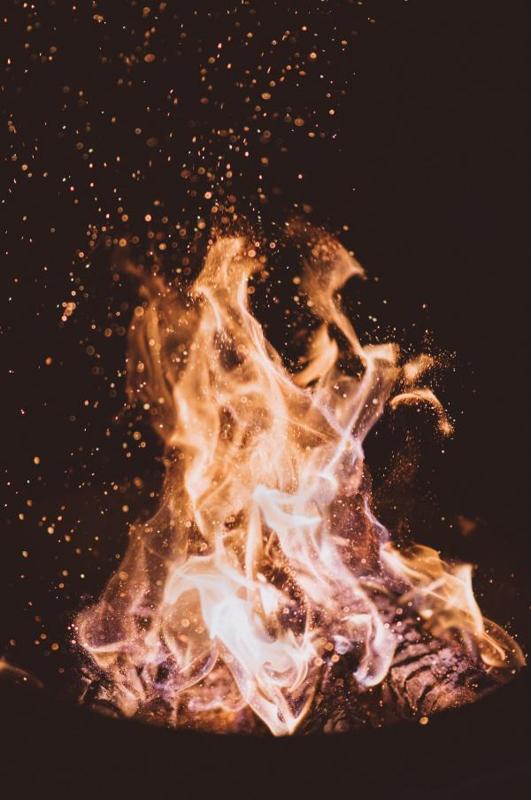 Photo by Joshua Newton on Unsplash

Growing up at home I was taught to deeply respect scientists, philosophers and writers. My family was in awe of them, and they were close to Gods. After all they were creators too. It was told how knowledgeable they were and I was repeatedly reminded of the importance of studying their works.

Rote learning was frowned upon, but understanding and working through material was considered the worship of knowledge, and perhaps it is.

But worshiping something will always have you stuck at the level of a devotee, and will never stretch out to make you a creator.

For that one must go beyond understanding. One must get over being awestruck and reverent. One must learn to be audacious.

It’s not enough to learn by rote, and it’s not enough to understand. It is necessary to create to enjoy and master a subject. And reverence often is a hindrance to creativity, for to be creative one often has to question and upturn the existing knowledge, and that takes courage and boldness.

Help Them Be Bold

So when my daughter started hungrily consuming books, I encouraged her to write stories. She was horrified. “Where will I get the idea for a story?” She asked, completely flabbergasted. So we started with book reviews. Doing reviews required her to think critically about what she was reading, analyze what made a book good and what did not work, and possibly even think about where ideas came from. It also taught her to organize her thoughts and pen them in a coherent fashion. Eventually, she has started writing her own very short stories with very simple plots.

When she started taking keyboard as an extracurricular activity at her school, she was taught to play Ode To Joy, Twinkle Twinkle Little Star, Mary Had A Little Lamb etc. I asked her when she was going to compose her own song, and she was amused. She thought I was joking, or had an exaggerated idea of her abilities, but I was dead serious, and soon she did compose her own song. It’s not that difficult, once you start believing you can.

It Goes a Long Way Into Adulthood

Let me take you back a few years. I had the same problem as a physicist. For some reason I was terrified or proposing an idea, or even having the audacity to think of one, essentially believing that all good ideas would already have been proposed by someone or the other. There have been so many great physicists, you see. How could my ideas be worth anything, when I had learned so little? Didn’t I have to first assiduously study all existing theories, before I could come up with some of my own?

But one doesn’t have to know everything to have a good idea. That’s what I learned as a researcher. One only needs to be curious and eager to mess around and fit things together in unconventional, crazy, ridiculous ways and see if something happens to hold together. This is what kids do when they play. So getting them to do something original is quite easy. Much easier, than it is for hardened adults with set ways of thinking and too much unlearning to do.

As I will demonstrate with my daughter’s music, one has to know just a little.

One only needs the building blocks and can create any Lego structure, so to speak.

Of course having a larger, more varied collection of building blocks helps, but it’s possible to start with just a few. And no matter how many building blocks you have, until you start tinkering and messing about, you'll never make anything original.

It's nice to make tasty food following a recipe, but so much more fun to experiment and come up with something unexpectedly delectable. Sure it may work out only three times out of ten, and the rest may be disasters, but the joy in creating something, defintely surpasses the joy in implementing something, in my opinion.

Few kids find it fun to follow a Lego instruction manual, but leave them be, and occasionally they’ll surprise you with intricate and impressive structures they develop simply using their imagination.

So How Does It Actually Work?

So back to the story of my daughter’s music. I asked her to write a song, and she had no idea where to begin. So we broke it down in to smaller less overwhelming tasks. First she spent some time playing around with notes on the keyboard, writing down combinations that sounded pleasant to her. Then she tried stringing together longer combinations that worked well together. Soon she had something that sounded like the first line of a song.

The tune inspired a certain mood, and she came up with some words to match her feelings. She followed the same procedure for the next line. It wasn’t easy finding combinations of notes that worked well together, but with some encouragement she kept at it. Getting the first line working, was a huge confidence booster.

For one of the lines, she wrote the words before composing the music, and had to work in reverse. Once she had five lines, she ran through the whole thing a few more times, fine tuning the words and music till they fit well together.

I know nothing about music, and it was wonderful to watch her work. It took her a whole day to come up with a five line song and practice playing it while singing. But at the end of it, when she managed successfully, she was so thrilled. The sense of achievement sent her soaring in to the clouds. She has never gone to bed happier.

You can listen to her song by clicking here.

Of course, there is no shortcut to success. Having ideas and being creative is not the whole story. One must follow through, and that takes a lot of glamour-less hard work. One may need to go back and learn a lot of new things too! But there is no need to wait till the learning is done, to start having ideas. One can actually learn, while trying to make ideas work. That makes learning a lot more fun, focused and productive. This approach enhances the learning process, because of the synergy between learning and application.

One doesn't have to create something extraordinary or popular at the first attempt. Simply creating is a rewarding experience, and finding out that you can do it, is a huge confidence booster. It motivates kids to create more, and keep going until they become really good at it.