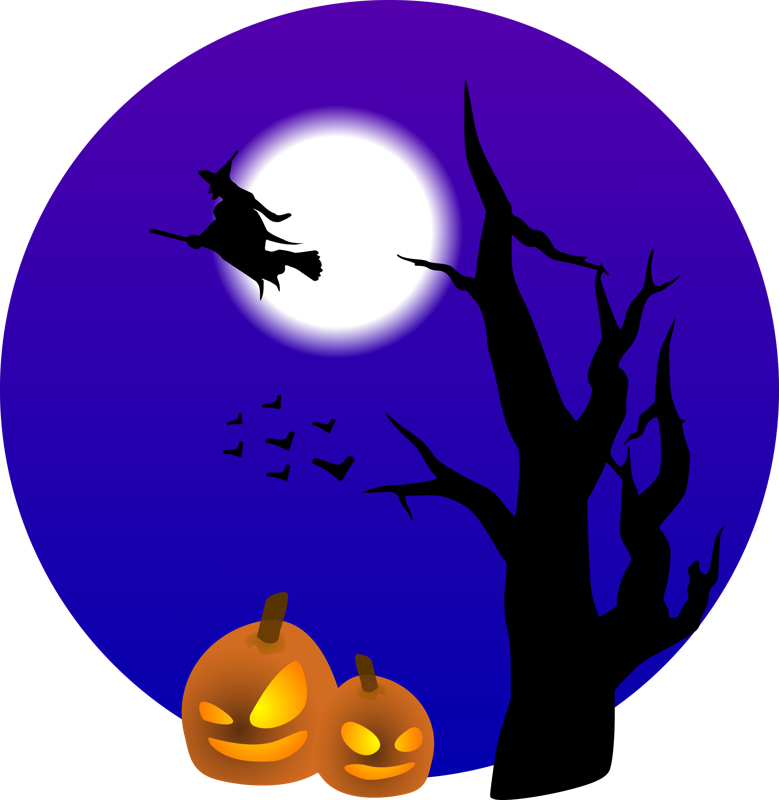 Halloween was my favorite festival when I was in the US. As far as I was concerned, it was a festival celebrating creativity, role playing, and out of the box thinking. I loved coming up with an unusual idea for a Halloween costume, that best represented my interests. Making the costume and playing the part, were almost as much fun. Being a physicist then, one year I chose to be Maxwell's demon, wearing a demon costume, and carrying a door permitting only the passage of hot bodies. The next year I was married, and so my husband dressed up as Schroedinger and I went as a Schroedinger's cat, complete with poison vile. I had a ball combining Physics ideas, with traditional Halloween costumes.

This year my daughter started painting, and when she pestered me for ideas, I suggested she do a Halloween painting. When I was talking to my daughter about Halloween, I realised, it could have an equally fun, yet different meaning for kids. Later, I wrote a poem for every painting she did, and I particularly enjoyed writing a poem, that captured the essence of my new perspective on Halloween. Eventually, we put our paintings and poems together as book. The free ebook as well as the paperback are available here.

But I would like to share the Halloween painting, done by my 5 year old daughter, Pell G, and the poem I wrote to accompany it, with you on this occasion. 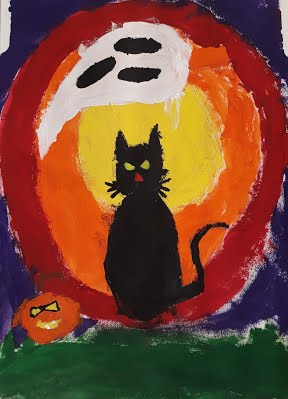 A pirate, a zombie,

a demon, a bat

A monster, a witch,

or a frightening cat

On Halloween it's okay

to be scary and bad

It's okay to be nasty

and evil and mad

On this one day

you don't have to behave

It's okay to shriek, and to howl,

and to rise from a grave

Halloween is a chance

to explore your naughty side

to flaunt it and indulge it

before it must go back to hide.