It's what makes life meaningful.

Death is a part of life.

Death is but the next great adventure. (A certain wise man said this to Harry)

These are some familiar sayings about death and some rationalizations we use to make death palatable, or less terrifying at any rate.

But what if I told you there exists a creature that is immortal? It doesn't need to die. Not only that! When old, or sick, or exposed to environmental stress or physical assault, it transforms into it's sexually immature state, thus regaining it's youth. Wow, no wonder none of them are plastic surgeons!

So, who is this lucky creature?

The turritopsis dohrnii, a type of jelly fish, is the creature I am talking about, and it is indeed biologically immortal. Of course, it can be eaten by a predator or die of disease before it can revert to the polyps state, but really, they shouldn't be getting greedy.

Well, Nana is not. True to his character Nana, has found a flaw in this seemingly flawless cycle of immortal life. Do you agree with him? Tell us what you think after reading the cartoon. 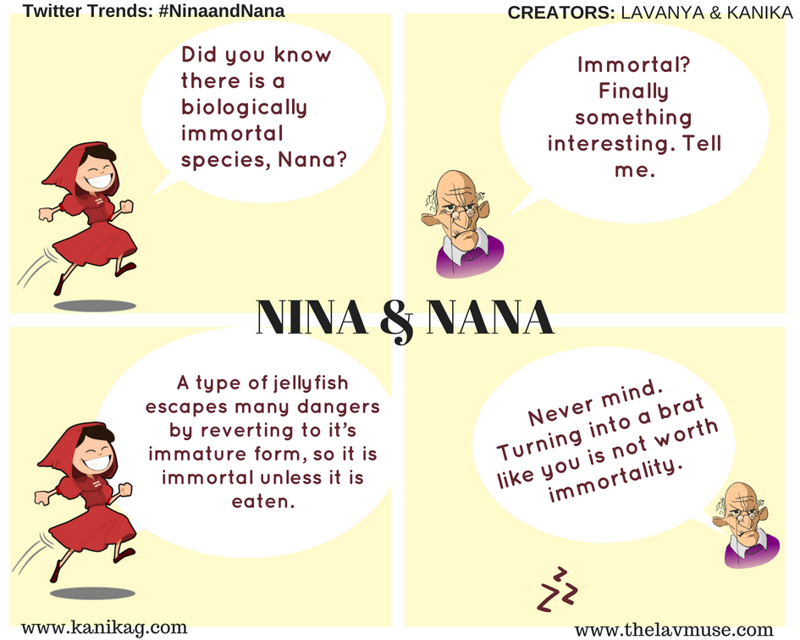