Today is International Asteroid Day. Today, exactly 110 years ago, a meteoroid burst in the earth's atmosphere about 5 to 10 kilometers over an area near the Stony Tunguska river in Russia. The area was sparsely populated and there are no known human casualties but over 2000 sq.km of forest was flattened by the impact. The Tunguska impact event is the largest such event on Earth in recorded history.

Of course, the impact event in Chicxulub, Mexico, which left behind a massive crater and caused the extinction of the dinosaurs was probably more dramatic, but no one recorded it.

There are many near earth asteroids that potentially pose a danger. So the UN has proclaimed the anniversary of the impact event at Tunguska as International Asteroid Day, so we can learn about near earth asteroids and the dangers they pose and find effective ways to counter or deal with asteroid impacts.

NASA has a planetary defense team, that collaborates with many observatories and space agencies across the globe, to collect data about near earth asteroids and their trajectories.

According to experts, the key to organizing a successful space mission to deflect an asteroid before a catastrophic impact, is know about the likelyhood of the event well in advance, by knowing the trajectory of the asteroid. That is why NASA and other space agencies monitor near earth asteroids and comets so carefully.

If the danger is detected too late to be able to deflect the asteroid, at the very least, damage control can be implemented by evacuating the areas that are likely to suffer the worst effects and preparing emergency services to deal with the after effects.

So awareness, data collection and vigilance is the key to keeping us safe. We don't want to go kaput like the dinosaurs now, do we?

Nina and Nana agree that NASA's planetary defense team is doing important work but they disagree on how to support them. 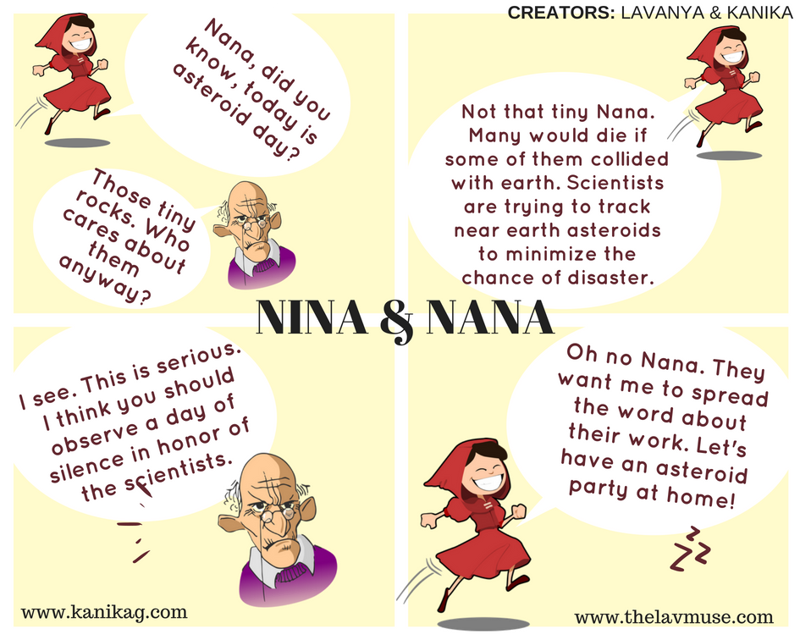 Learn more about the potential dangers posed by near earth asteroids and what can be done to prevent and manage impacts here and learn more about International Asteroid Day here.