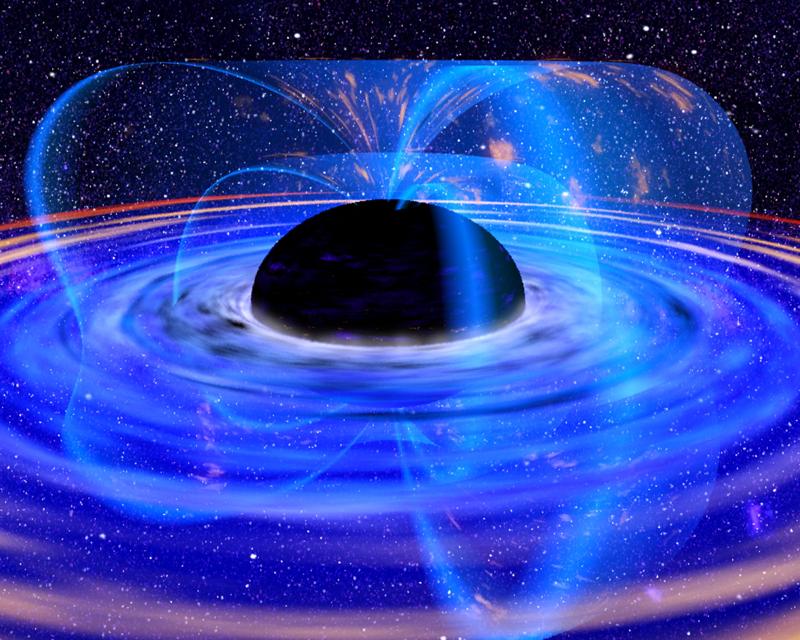 Blackholes have fascinated scientists and science fiction writers for some time now. I remember coming across them for the first time in a cartoon called Fantastic Max on cartoon network, where Max thought he had the perfect solution to our garbage problem. Just dump it all in a blackhole.

In college I was fascinated to learn that with some basic high school knowledge of physics one can derive the radius of the event horizon. Now what's that you ask? Well it's one border you don't want to cross. Once you cross the event horizon, of a blackhole, there is no escape. Even light can't escape a blackhole. Now do you get why they are called blakholes?

But if you are on border patrol, you'll know that there is no fool proof method of stopping sneaky escape artists, who always find a way to circumvent the authorities. That's what Hawking showed. That man defied his death sentence in style, so he should know. Hawking showed that quantum fluctuations around the event horizon result in the blackhole radiating out it's energy. This radiation was called Hawking radiation after him.

For all his brilliance, Hawking was no good at gambling and lost several bets. A well known one is about the information paradox in blackholes.

Eventually, Hawking realized there was a quantum component to Hawking radiation, which wasn't purely thermal, and so the information was indeed not lost. Hawking himself published the paper that confirmed he had lost the bet and presented Preskill with a baseball encyclopedia from which information can be retrieved at will. What a sport!

Now let's see what Nina and Nana have to say on this fascinating subject. 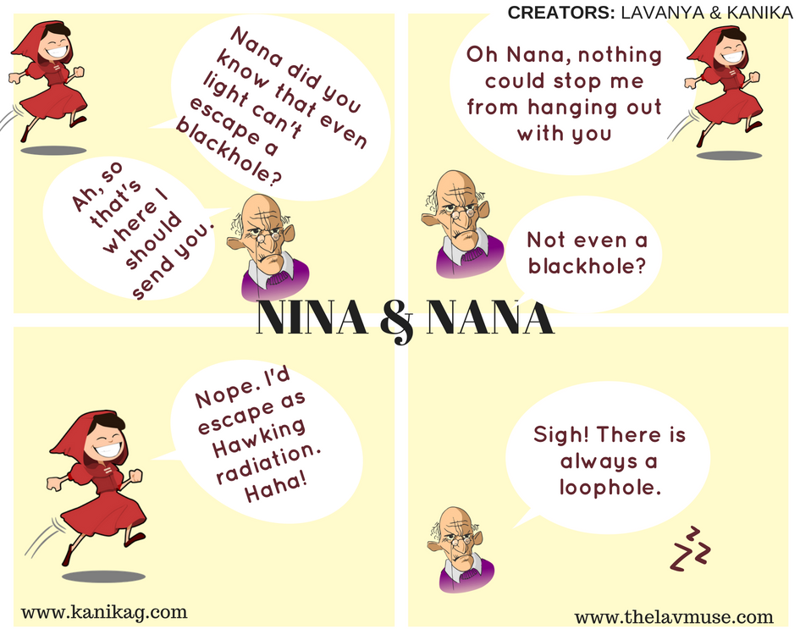