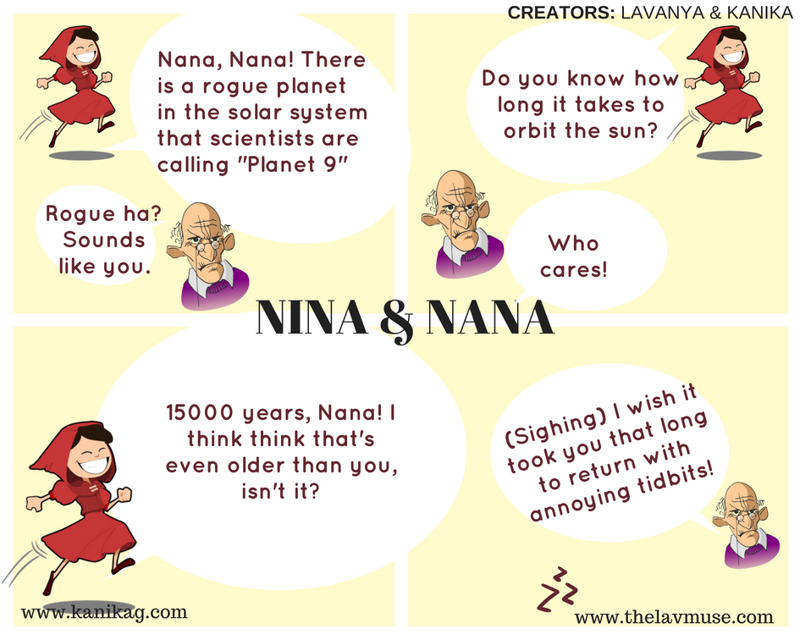 It's been a while since poor Pluto lost it's planet status. So many generations mourned that loss. An extra planet name to learn by route, and all that hardship for nothing! Sigh!

But now scientists believe there may be another planet in the solar system. This one is no dwarf, in fact it could be 10 times the mass of earth, but it is a rogue and scientists are having a hard time spotting this playful planet. All evidence of the existence of this planet is indirect!

This means the planet is theoretically expected to exist, as it could be the only plausible explanation for deviations between real and calculated orbits of other planets in the solar system, but no one has actually seen it.

Scientists are speculating, that the planet may have been captured by the solar system from elsewhere. According to Wikipedia, as Nina says, it's orbit could be as long as 15000 years.

Hide-and-seek and hijacking. These cosmic objects sure know how to have fun!

Wonder if it supports some cool alien life ... 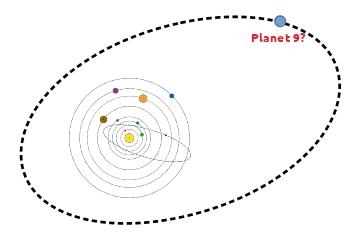