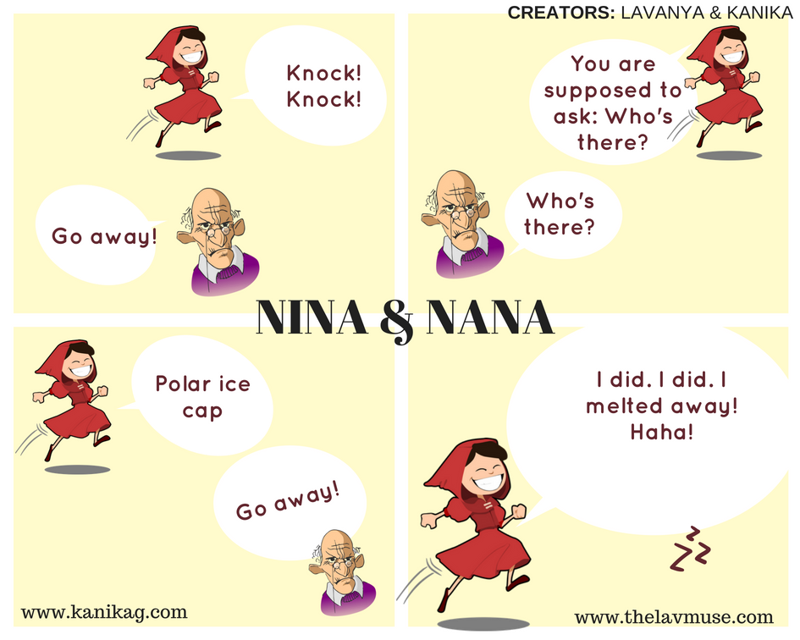 Which kid doesn't get obsessed with knock-knock jokes at some point? There is so much you can do with them. Especially when you have a predictable grumpy old Nana.

We often think of environmental issues as affecting future generations and UNICEF had a lovely advertisement, with the slogan We did not inherit the earth from our ancestors; we rather borrowed it from our children. But it turns out, that we are an inherently selfish species and care little about the planet we will be leaving our children. Unfortunately, these are no longer problems that will only start affecting the next generation. Catastrophe is a lot closer than we think.

The polar ice caps are melting away faster than ever and there is a new threat coming from a most unexpected source. Scientists, believe a lot of eradicated or deadly viruses, that could be lying dormant under the permafrost, could resurface with a vengeance, if the permafrost melts. In addition, the melting permafrost is likely to release trapped green house gases, that will exacerbate the problem of global warming.

It's not enough to knock on ice, er ..., wood, and hope for the best. We need to start taking serious measures now!

Danger Will Robinson Lost In Space GIF from Dangerwillrobinson GIFs