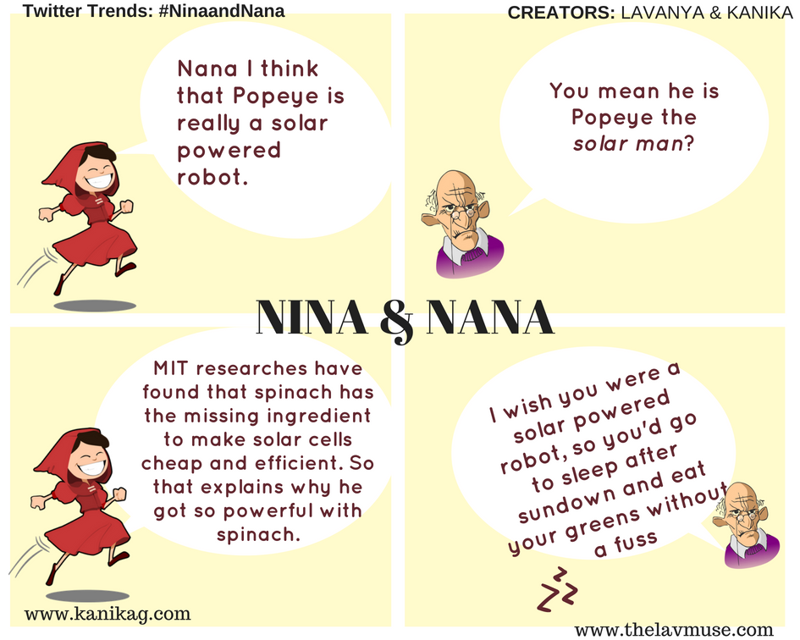 But new research shows that although spinach does a good job, it can't keep up with our rising demands for efficiency. So how about some spinach with blackberry sauce. Now we're talking. That sounds a lot more tasty too. Recent research has shown that adding blackberry dye to the spinach protiens makes the solar cells significantly more efficient. So the new Popeye song should be

Glugging spinach from a can

Makes me strong to the finish

You can find Lavanya's take on the subject, and read about her spinach battles with her mom here.

The following GIF was obtained from here