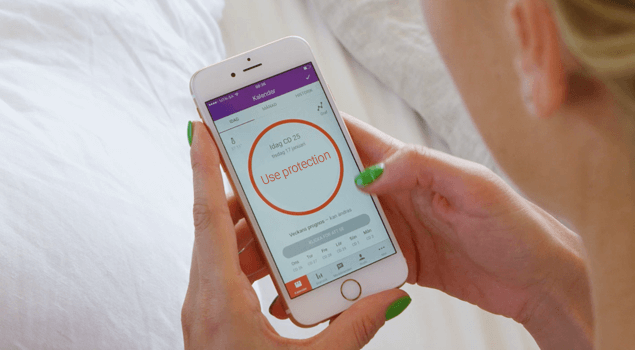 Once 'hum do' had 'hamare do, we are quite satisfied with our contribution to the future of humanity. So over the last couple of years, I have been looking in to different forms of contraception, trying to decide what works best for me.

When I got married, I was still a graduate student, and not ready for babies yet. At that point, Papa and I used the male condom. But after my second baby, I was keen on finding safer, more convenient, long term, solutions. For a while I tried the copper IUD, and while many swear by it, I experienced some problems. So I switched to an app called Natural Cycles, and so far, I am very happy with it.

My research and experiences has led me to the following findings about various forms of contraceptives, that you may find useful.

This is quite popular and easy obtain and use. No doctor visits or prescriptions are required, and it does not mess with hormones. The mechanism is simple and there is no mystery to how it works. It is fine if you have intercourse occasionally, but as you can see from these graphs, the effectiveness over time, is fairly low. So it is not a good long term solution.

If you are worried that one condom may be damaged and are using 2 to be extra safe, you should know that using 2 condoms at once (double bagging as it is called) is less effective than using one since the friction between them can cause tears. The same is true for using a male and female condom simultaneously. Condoms are, however, quite effective against STDs, if properly used.

These usually refer to pills which contain both estrogen and progesterone and are quite effective as long as you remember to take the pills regularly. They are hormonal treatments and require regular check ups and prescriptions.

They are likely to reduce menstrual bleeding and cramps. There are also Progestin-only pills and injections, you can find out about if you are interested. Again there are pros and cons. I don't know if these are available easily in India.

I have written a detailed article about IUDs, what they are, how they work, and what to expect, for Women's Web. Here is the gist.

This is a very popular, long-term reversible form of contraception in India. A T-shaped, copper, device is placed in the uterus that prevents fertilization, since copper acts as a natural spermicide and the copper ions create an environment, hostile to fertilization.

The insertion is usually done on the fifth day of the menstrual cycle.

After having trouble with the IUD, I was looking for an alternative method of contraception. That's when I came across Natural Cycles. It is an app developed by a nuclear physicist (yes that piqued my interest), that is considered a contraceptive in the European union, after it was approved as a medical device by a German based certification organization, and is now awaiting FDA approval.

To be honest, initially, the idea of using an app, made me very uncomfortable. What if my cycle was irregular? But over time, I have come to see, that it does not work like magic. I can see my temperature profiles and how they vary with cycles, and how much my ovulation date changes with cycles, and I can make some broad predictions myself. The app does it far more accurately. Your cycles and ovulation day can vary, and Natural cycles takes that in to account and uses the temperature data to make accurate predictions.

I feel more comfortable with the green days after ovulation, because then there is no egg left to fertilize. Since sperm can survive for about 5 or 6 days, the green days before ovulation, still make me a little uncomfortable, but the app seems to be cautious, in taking in to account sperm survival.

There are some other options like diaphragms, hormonal IUDs, Nuva-ring etc that you can look up. And then there is the permanent option of male or female sterilization too.