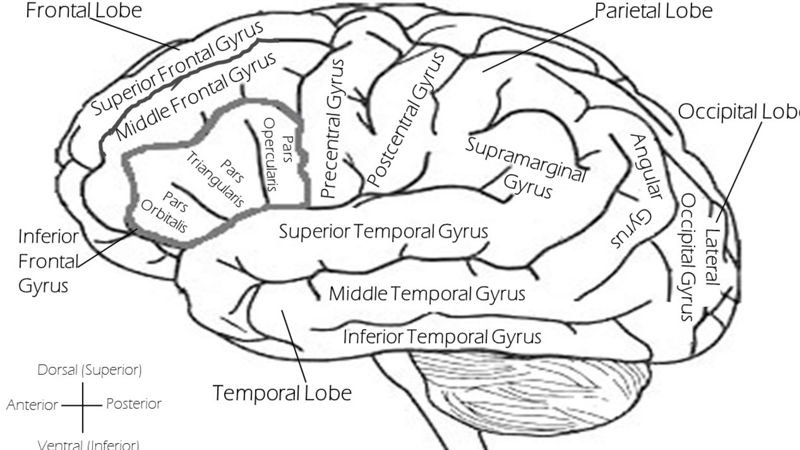 We all know that pregnancy radically affects a woman's body and hormones. But, until recently, very little was known of the effects of pregnancy on a woman's brain.

Changes during pregnancy are extensive, but it was considered to be limited to the reproductive system and hormones. However recent research shows that pregnancy affects the brain, in not only a significant, but also a systematic and predictable way, to the extent that, by comparing a woman's brain scans separated by a few years time, it is possible to reliably tell if the woman became pregnant for the first time or not in that period. Interestingly many of these changes are long-lasting, persisting even after the baby turns two.

A recent study, published in Nature concluded that pregnancy is characterized by changes in the maternal brain that prepare a mother for bonding with her baby and also help improve her recognition of the baby's needs through enhanced emotion and face recognition, thus reducing the chances of post-partum depression.

The study was quite thorough. It was conducted over a period of 5 years and 4 months. Initially 65 women who had never given birth and 56 men without children were scanned. Of these 43 women and 37 of their male partners were looking to become parents soon. Of those who continued to remain in the study, 25 women got pregnant and 20 women, who did not, served as the control group. Among the men, 19 became first time fathers and 17 of them without children served as the control group.

The study recorded brain scans of the pregnant women and their partners around 10 weeks after their baby was born. A second round of brain scans from the control group of men and women were also recorded for comparison.

There was significant reduction in grey matter volume in specific sections of the brain post pregnancy, particularly parts of the cerebral cortex that play a key role in social processes. In fact grey matter volume changes significantly predicted the quality of mother-infant attachment. No similar changes were seen in first time fathers. Also there were no significant changes in cognitive ability of post-partum women in comparison to the control group. The study, however, is not capable of commenting on cognitive abilities of pregnant women as no measurements were taken during the pregnancy.

Grey matter volume changes in the brain were sufficient to accurately predict if a woman had undergone a pregnancy in the interim period. The grey matter volume changes persisted for at least 2 years and probably longer, except for the selective, partial recovery in the hippocampal cluster. The hippocampus is known to effect memory and anxiety. Perhaps mothers get less anxious with time. At least, I hope so ;) Another article claims that the amygdala, which effects memory and emotional responses like fear, grows in the post-partum period, making a mother hypersensitive to her baby's needs.

The study also found that some of the regions of the brain that underwent grey matter volume reduction, were also the ones that showed strong responses when mothers were shown pictures of their own babies. There was significantly diminished response to pictures of babies that were not their own.

It was found that he grey matter volume changes were not affected by nature of birthing (natural or C-sections) or nature of conception (natural or in-vitro using a variety of techniques) or choice of breast feeding (either complete, partial, or total absence of it). This indicates that these changes are fundamental and occur for all pregnancies.

The study concludes that pregnancy modifies the maternal brain to adapt it for pending motherhood. The study also says that these changes that improve the mother's ability to identify her child's needs are important for secure parent-infant attachment and for the development of the child's own social cognitive functions.

In hind sight, it is not surprising that pregnancy not only prepares a woman's body for nourishing her baby, but also her mind, for bonding with it.

Is this fair? I think so. Mothers have to bear the brunt of pregnancy and lactation and it is only fair that nature finally favoured us by making child care a little easier. I believe that the parenting load should be shared, even if it may be a little harder for fathers to adapt to.

This article summarises the research presented in this paper. Please read the paper for a more comprehensive understanding of the subject. Although I have some experience with Physics papers, this subject is new to me.