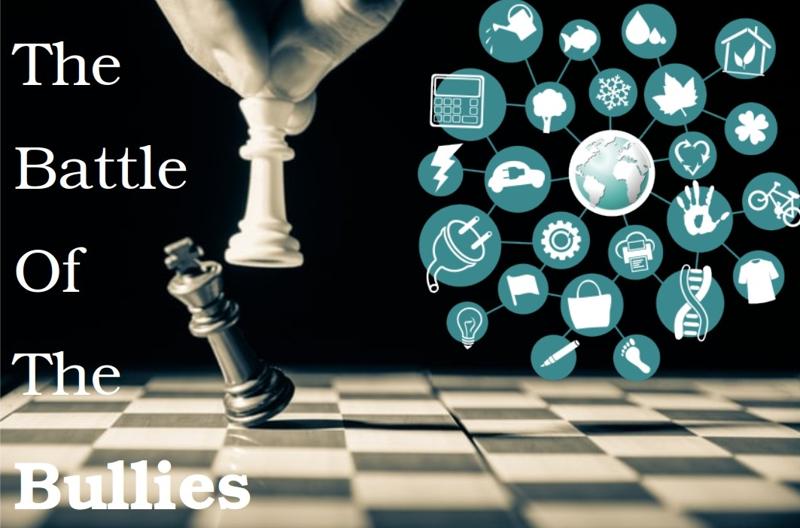 Photo by Rostyslav GR Stocks on Unsplash and this image from OpenClipart.

Private data is the treasure of the information age. Access to information about what you read, what you buy, where you go, how you travel, where you live, what you eat, is invaluable for targeted advertising. Additionally, what illnesses you read up about, what medicines you need, what ideas and philosophies interest you, what news websites you frequent, what you debate and discuss with your friends and family, is data you might want to keep private. All such information is aggressively collected through cookies and like buttons by many websites. Apps and services are happy to remain free, as long as they can mine such information out of you.

Facebook even tried to launch Free Basics in violation of net neutrality. Thankfully, informative campaigns launched by various organizations educating the public as to the dangers of permitting such programs led to a public outcry and protests, that steered the government to ban Free Basics.

Recently, the Indian government and various social media platforms have once again been at logger heads.

The Indian government has criticicized WhatsApp for its updated to a more invasive privacy policy in India, something it could not implement in Europe, where it would violate existing laws.

On the other hand, the Indian government has implemented new IT regulations, that has in turn caused WhatsApp to sue the government for trying to curtail free speech. The government was also in battle with twitter over IT laws which twitter believed to be detrimental to free speech.

All this would be very amusing, if it wasn’t for the fact that it’s the Indian people who are being exploited by both entities, neither of who care about the people, but shout out principles they hardly believe in, to gain the upper hand. It’s a battle of money v/s power, in which the internet, supposed to be the great equalizer, facilitating communication, paving the road to equality, smoothing the path to opportunity, is being crippled.

No, worse! It is being turned against the very people it was supposed to empower, used as a tool of surveillance, for profit or power. The concerns involving rules imposed on digital media makes one dizzy trying to figure out how the internet took a U-turn from being the great liberator to the great muzzler.

Although the particular cases mentioned here pertain to India, this is a global conundrum. When it comes to internet usage, we stand at crossroads. The decisions we make now, will set the course for the future. Law makers, NGOs, technological experts, internet freedom activists, and international organisations must come together to figure out how we can all make the most of this valuable resource.

The following is a poem inspired by these thoughts.

The Battle of the Bullies

the treasures of the information age

Controlling it is all the rage,

but who’s to have the key to the cage?

Silicon valley has no soul.

Growing is it’s only goal.

they destroy that which

raised them to prosperity.

The internet was to be

the messenger of liberty,

realizing the utopic dream of

But too good to be true,

it was monopolized by a select few

Governments though a little slow,

soon realized what a blow

the power of the internet,

could be to their flimsy show.

But not if they took control,

and manned the booths of toll

to the information superhighway,

enslaving it to amplify their say.

leeching of the foundation

of idealism and innovation.

No one recognizes better

the value of innovation,

than money and power.

They who feed on

the labors of the idealist and

the ingenuity of the innovator.

In spite of these