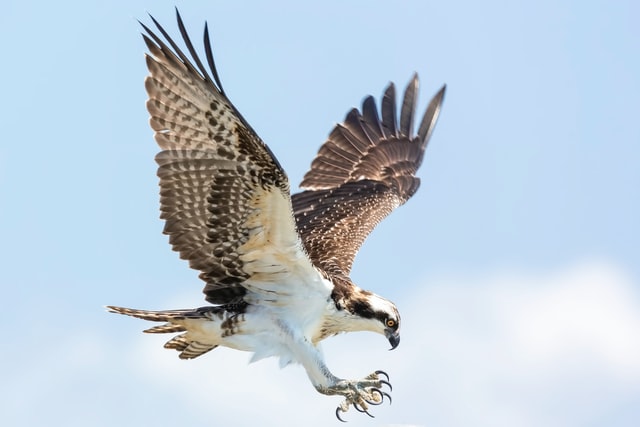 A little less than a decade ago, the pendulum began to swing the other way. The dove culture had overreached. No matter how productive the dove culture may be for society as a whole, it is unstable and therefore doomed. At least, that is the case for mindless genes. But are we mindless? Perhaps not as individuals. But as a collective, that is how we seem to be behaving, thus ushering in The Age of the Hawks.

Of Hawks and Doves

Richard Dawkins, in his book, The Selfish Gene, works out some simplistic toy examples of Evolutionary Stable States (ESS) with hawk and dove attitudes towards contests. As defined in this framework, a hawk attitude is actively aggressive, while a dove attitude is passive, in a confrontation and has nothing to do with the nature of the actual birds.

So when an individual employing hawk strategy is engaged in a contest with another hawk, the confrontation continues until one of them wins and the other loses. While the winner gains control of some resource, the loser is severely injured and pays a very heavy price being excessively vulnerable and losing out on future opportunities of food gathering as it needs to recuperate. They also both pay in time wasted on confrontation, which could have been employed in gathering resources elsewhere.

When two individuals employing dove strategy confront each other, they engage in a non-violent face-off, standing their ground until one of them tires of the confrontation and backs off. The other is the winner and gains a resource. Both waste time, but neither is severely injured.

When a hawk and dove confront each other, the dove backs out, and the hawk automatically wins, and no time is wasted and no one incurs injury.

If the penalty of injury is significantly more than value of the resource gained, the dove strategy is optimum for the population as a whole as worked out in the book using an example with numerical values awarded for each outcome. So the entire population should opt to be doves. However such a strategy is also unstable, as a single hawk in a population of doves will thrive leading to existence of more hawks. An ESS involves a mixed population of hawks and doves, their relative ratio determined by the risks weighed against the rewards.

As far as I remember, although Dawkins does extend the analogy of genes to idea memes to explain some aspects of social evolution, I believe the following extrapolations are quite simplistic and he might frown upon them. Besides, the hawk-dove model is the simplest of the the ESS examples proposed by Maynard Smith that he explores. The more sophisticated ones include other strategies, like retaliators and prober-retaliators in addition to hawks and doves to generate more meaningful ESS. However, I am going to use the simplistic hawk-dove model to gain just a little insight into overall social trends and how they have changed in the years since independence.

In the post colonial, post world war two (WW2) era, humanity became conscious of the overwhelming and tragic cost of aggressive conflict and oppression. Locally too, the carnage of partition etched into our hearts and minds, just how destructive giving into anger and hostility could be. This resulted in a dove attitude being widely appreciated. Diplomacy and negotiations were valued over the use of force. Even in everyday life people came to value of vigorous debate, constructive criticism and multiple perspectives, but violence and aggression were frowned upon. Did governments and society ever live up to these ideals? Far from it, but these were the ideals society worked towards and made some headway in the direction.

But after a while, as expected in a dove ideals dominated society, hawks began to thrive and their success was infectious. The aggression originating from a few spread like ripples in a pond with far reaching effects.

Today the world seems polarized. Energetic debate, has been replaced with mudslinging matches and caustic criticism, with protests and violence cropping up everywhere in democracies. Why is everyone so angry, and upset these days? Is it a result of the thriving hawk attitude?

I am forced to wonder about a famous quote:

Never underestimate the power of a few committed people to change the world. Indeed, it is the only thing that ever has.

Problem is, I don't think it is true. It seems to me, that the course of history is determined by complex mesh of unfathomable interconnected factors we can't even begin to decode, and its progress is slowed down to a glacial pace by massive social inertia. I think it is more accurate to say, that when a small group of committed people happen to be at the right place at the right time advocating the inevitable, they bring about dramatic change. Perhaps that is why the uprising of 1857 failed but satyagraha worked. Possibly, it wasn’t the method or the leaders that mattered, but simply the time. Some changes may seem dramatic or rapid, but it is usually because invisible forces or erosion have been chipping away at to effect the change for a very long time. Eventually, beyond a certain threshold of weakening, suddenly a large chunk rock seems to cleave away creating the illusion of rapid change, but it might just be the straw that breaks the camel's back.

That is not to say that we cannot influence change, but only that, change is effective in frustratingly small incremental steps with barely visible progress, unless the efforts of individuals happen to resonate with the sweeping currents of history. So in most cases, we should not be disappointed by the absence of results, but be humble enough to accept that our contribution is only a tiny drop in the ocean, and yet, without so many drops, there would be no ocean at all.

Maybe, we can't effect change as quickly as we would like to, but that is no reason to lose hope and give up. Nor is it an acceptable excuse to not give it our best shot.