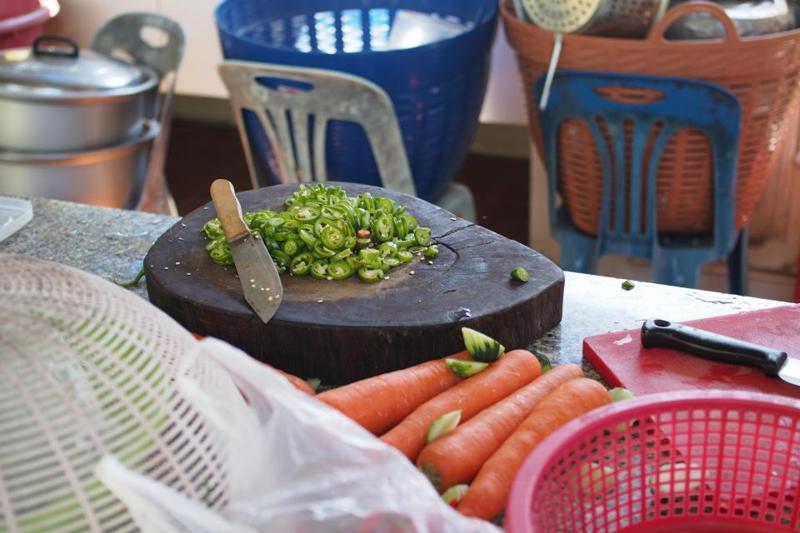 Many of us rely on cooks, maids, nannies and drivers who are a part of the informal sector. They do not have formal employment with job contracts and benefits. However they provide valuable services and their earnings are vital to their survival.

Just because there are no formal contracts about salaries and dates and they do not have the option of taking legal action, does not mean we should take advantage of them. Not adhering to a verbal contract, is not just a matter of not being a compassionate person, but is downright deceitful.

I usually pay my cook on the 12th of each month, while at all her other jobs she gets paid on the first. The reason is she started working for us on the 12th and it was easier to just pay her on that day every month. She too appreciated a bit of money coming in during the middle of the month rather than getting it all at once in the beginning, so we have stuck with it for 6 years.

A few of days ago (on the 6th), when she asked for an advance, I wondered if everything was okay. It is rare she asks for an advance or takes a loan, so it seemed to me that something must be wrong if she needed money so soon after she had got most of her monthly salary from 3 other employers. I gave her the advance but asked her if there were any problems.

She had started a couple of new jobs a year or so ago, when her old employers moved. She complained that although the new employers committed to paying her salary at the first of each month they never do. She starts reminding them on the 3rd and then they finally end up paying her on the 10th and sometimes even the 12th after repeated reminders. Apparently the maids who work there also get paid late every month and have to ask for their wages several times each month.

It seems completely senseless and cruel to me. As a single mother working as domestic help, she lives from pay check to pay check. So why would anyone delay her salary for work that she has already done? It is human to forget, and I am not particularly good with dates either, but surely one or two reminders should suffice to rectify such a problem.

Sometime ago, when my maid went to the village, she sent a replacement. The replacement was concerned about when I would pay her. I usually pay the replacement of the last day of their stint and they have usually been happy with this arrangement.

This particular replacement, however was twitchy about the deal, because once before, when she had started what she believed was a permanent position and worked for three days she, was told not to come back, as they had decided to go with someone else and they refused to pay her for the 3 days of work saying that it was just a trial. Later she found out that their regular maid had taken time off for 3 days and the employers had used her as a replacement for free.

But as far as the informal sector goes, maids and cooks are relatively better off. My cook’s 19 year son has been looking for a job for a year. He has tried doing a few off jobs like delivery, repair work etc and each of the times the pay he eventually receives is only a small fraction of what he was promised and each time he is told he will get the full pay later if her continues to work. The first time he worked for two months in a repair shop hoping the promised pay would eventually come, but then he quit and they refused to pay him at all for the work he had done. He was even hired short term for distributing fliers at a mall by some company, but never paid for it.

We have no formal contracts with maids, drivers and cooks, and they have no legal recourse, if we choose not to pay them for work we have extracted, and even if they did, they probably don’t have the time or money for it. We can usually get a another maid, as there are many of them looking for jobs, but how anyone can justify to themselves, delaying or depriving people, who live from pay check to pay check, of their hard earned wages, is what I wonder.