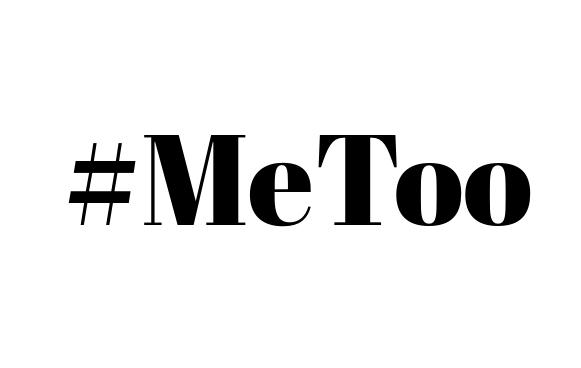 Everyday new stories of #MeToo are pouring out of every direction. The dam has burst and the stories are coming out from everywhere. Interestingly, the stories that garner the most attention are ones in which the perpetrators are celebrities.

It seems like people are more enraged by bad behavior from celebrities than regular mortals. It’s the same people, who put these celebrities on a pedestal and decided to worship them. The people feel betrayed by their gods. And this made me think more deeply about something that has irked me for a long time, hero-worship.

Ours is an authoritarian culture, and celebrities are gods. Many people literally fall at their feet and worship them. Then when these flawed regular human beings fail to live up to their god-like status, a desperate attempt is made by their fanatic followers, or those who live off their reflected glory, to cover up their failings and short comings. For a while this goes on, and innocent people are trampled upon in the process. This leads to celebrities living in a bubble where they can do no wrong. But who created this bubble?

Eventually, in some cases, as a result of the social conditions being ripe and in other cases because some one has reached the end of their tether, the failings can no longer be kept under wraps. Then people take just as much pleasure in exposing these godlike celebrities and then express surprise that someone so great could be so vile.

It’s we who put them on a pedestal, it is we who cover up, rationalize or dismiss their transgressions, and then much later, it is we who are surprised by their sense of entitlement, much like parents of spoilt kids, who simply can’t figure out where they went wrong in child rearing.

As a huge fan of Asimov’s scifi, I was horrified to learn about his proclivity for groping women. I was so very disappointed. As a former physicist, I thought the world of Einstein so this account of how he treated his first wife, a fellow academic, was even more upsetting. But then I finally understood why my husband was so against the idea of role models and heroes.

Role models and heroes are perfection personified and yet they are merely human with failings and flaws.

In the wake of the #MeToo movement gathering momentum there is much discussion about appreciating the great works of celebrities who my have committed some heinous crimes or not lived up to the principles they seem to value in their works. Should one separate the art from the artist, is a question I have come across in many social media posts.

I think yes. Not only is it important to separate the art from the artist, but also evaluate each work of art or product of creativity on it’s own merit. A painting can be beautiful, a theory can be elegant, a poem can strike a chord, a story can tear your heart or make you giggle. But why do these products of creative genius have to define a whole person?

No person, no matter how well they do somethings, is perfect. So why must we force this burden of perfection on them and then be disappointed with them for not living up to it.

Our kids don’t need role models. They need exposure to art, literature, science and music. They need opportunities and encouragement to exercise their creativity and take initiative. They can learn and draw their own conclusions about what they see. They can think about the content they are exposed to, without being overwhelmed by the greatness of the creator, which might impede them from improving or correcting the content with new ideas and a fresh perspective. Our kids deserve a chance to appreciate works of art or scientific theories without being star struck by the artists and scientists and thereby considering themselves somehow inferior.

Our kids do need inspiration, but that should not come from scientists, artists and writers. The inspiration must come directly from theories, paintings, poetry, literature, music and such, no matter who created it. Why mix up the personality of the creator with the creation itself? The creation can be divine and timeless, but the creator will be just mortal with all the limitations of being mortal and we will do well to teach our kids just that.

Parenting advice always tells us that we must appreciate or condemn our children’s actions but not them, so the same should be true of other people. Their is no need for role models and heroes. Their great contributions should be the inspiration we motivate our kids with.

This way our kids learn that greatness cannot be achieved by worshiping people who have done great things. It is achieved by doing or creating something great.