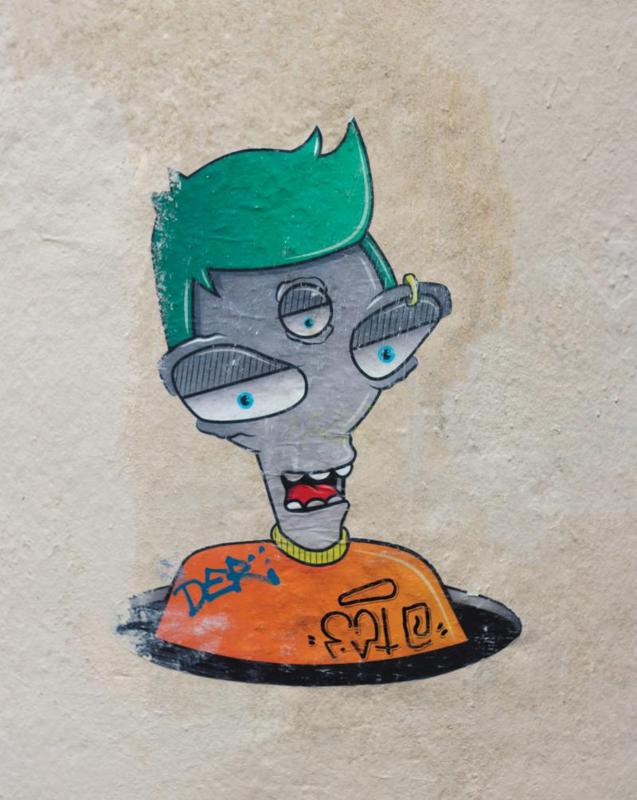 Photo by Thiébaud Faix on Unsplash

I have always been terrified of insects, moths and butterflies, in particular. Intellectually knowing how harmless they are, hasn’t helped me overcome the fear. Cockroaches, grasshoppers, dragonflies, moths all throw me into a state of panic if they come too close. And of course, in case of bees, wasps, etc the fear of being stung makes things worse.

I used to fear all non-human life forms, barring ants, mosquitoes and flies. In grad school, I became close friends with a girl who had, not one, but two pet cats. I had to put up with them whenever I visited her ,for she would never consider locking them away just for my comfort. Over time, my fear gradually ebbed. Eventually, I grew fond of the cats, and a few years later, I got a pet cat of my own!

That’s when I realized that my fear of animals was basically a fear of the unknown and unfamiliar. It explained why I did not fear ants, mosquitoes and flies, which I was exposed to in abundance as a child. I don’t know what to expect of animals and insects. So my cautious response is to expect the worst and react defensively.

When it comes to insects, instead of friendly curiosity, I have always exhibited fear, and as a result, hostility. They instill in me a sense of revulsion that stems from irrational but intense fear. In response, I often beg someone (usually my husband these days) to get rid of them, and my fear is so extreme that I would rather he killed even harmless insects, than let them get near me.

The fear is genuine. Though the goal is not to be vicious to insects per se, I will do absolutely anything to stop them from approaching me, even if that means, resorting to violence, but as Asimov once said, violence is the last refuge of the incompetent.

Last year when I read Frankenstein by Mary Shelley, I finally recognized my fear of insects to be a form of xenophobia. I have never been a fan of horror and gore, but to my surprise I learned that this classic has little to do with stitched up body parts and Frankenstein’s monster isn’t the being he created. No, the monster he created was not the artificial life form, but himself!

And the book, is about a profound and haunting ethical dilemma pertaining to extreme xenophobia and the maturity of thought exhibited by an 18 year old is astounding. Wikipedia defines xenophobia as fear or hatred of that which is perceived to be foreign or strange.

The day Frankenstein artificially infused life into his creation, he himself turned in to a monster whose cruelty was driven by fear. He despised and abandoned the intelligent but naive life form he had created. Why? Simply because it was different. So different, that the creation seemed like an abomination so abhorrent to the great scholar, that he could not even bear to look at it.

Abandoned, alone and helpless the being tries to educate itself. His gentle naivety, incessant curiosity, raw intelligence and his ability to grasp, analyze and develop complex theories should excite and impress any scholar or philosopher. The depth of his emotions, his yearning for love and his intense suffering from loneliness should arouse sympathy in the coldest hearts. Yet human beings are unable to see past his appearance, and he is abused and subjected to violence wherever he goes. Finally he pleads with his creator to be compassionate towards him. Try as his may, Frankenstein is unable to overcome his fear and repulsion towards his own creation, and once again shuns him. It is absolutely heartbreaking and monstrous, yet one can identify with it. It is exactly how I feel about harmless insects.

The story is heart wrenching and truly horrifying, for it reveals one of the deepest flaws in human beings, that try as they might, they are often helpless to fight off a fear that can turn them into monsters.

Think of every war and genocide we have witnessed through history. It is almost always because some group of people feared or felt an irrational revulsion towards another group. Xenophobia, fear of those different from us, is too often the root of much evil.

Star Trek TNG has many flaws when it comes to stereotyping races of aliens, but it has some beautiful principles at their core. In many episodes the crew of the Enterprise encounters a variety of very interesting life forms differing in appearance, physical abilities, physiology, social structure, societal norms, forms of communication etc.

The crew tries to explore each new life-form and society with an open mind, but being human they are often hampered by their preconceived notions. Yet the show tries to introduce their viewers to a wide variety of imaginable intelligent life-forms from gaseous entities like the Calamarain to sentient spaceships like Tin Man and feel empathy for them. Star Trek Voyager too follows a similar approach introducing a whole other host of life forms from another quadrant of the galaxy.

The shows highlight the similarities and differences in values and principles across civilizations, and try to explore what values are so fundamental that they can transcend differences in physiology and apply to all intelligent life-form, natural, artificial, microscopic, gigantic, gaseous, crystalline or otherwise. The shows encourages co-operation and mutual respect among vastly different species, while acknowledging the difficulties of practically implementing these lofty ideals.

One would imagine that a deadly virus, that makes no distinction based on religion, nationality, culture, or race and is uniformly decimating the human population would motivate people to come together to fight a common enemy and therefore reduce xenophobia. But ironically, according to some theories the origins of xenophobia can be traced to an evolutionary response to fear of disease.

According to an article in The Atlantic:

The mechanism, called the behavioral immune system, tells us to avoid things that are unfamiliar because they might harbor harmful pathogens.

Now the actual immune system, the one that fights the germs by creating antibodies, is obviously best at dealing with familiar germs. A long time in the past, interactions with foreigners resulting in exposure to unfamiliar pathogens could have devastating effects, as was seen in case of the Native Americans who were exposed to Europeans carrying a host of unfamiliar microbes.

While modern medicine and the shrinking world has made the rationale behind this fear obsolete, the instinct still persists for biological evolution is a slow process that cannot keep up with scientific, social and technological evolution. So perhaps, it’s no surprise that many today resent China where the pandemic originated.

Parenting in a Pandemic

Recently, I overheard a part of a discussion in my daughter's zoom class, where the teacher was asking the kids what they would do if they had super powers. An innocent question that would normally spark a lively, creative and constructive discussion, but in these troubled times it resulted in expressions of vengeance and hatred.

Some of the kids wanted to completely destroy China and felt intense hatred for all Chinese people. Now feeling some resentment towards China in the current situation is quite natural, and even more so for the denizens of nations that have been victims of Chinese aggression.

Yet, one must remember that China is a country of over a billion people, all unique individuals, many of whom may not even agree with their government policies.

Many of us rightly disapprove of the tyrannical policies of the authoritarian Chinese government and its aggressive interactions with many nations, and would like to take reasonable measures to put a stop to at least the latter. However, hating all Chinese people or wanting to destroy the nation, is in my opinion not the answer, and is a particularly distressing idea when such expressions of violence come from little kids.

When kids have intensely vengeful and violent thoughts about wanting to obliterate an entire nation, it’s time we talk to them and help them understand the situation better. Our kids notice our anger, resentment and frustrations, and however justified our emotions may be, we need to explain ourselves, and put these things in perspective, to help our kids cope with these disturbing feelings and steer them towards finding constructive solutions.