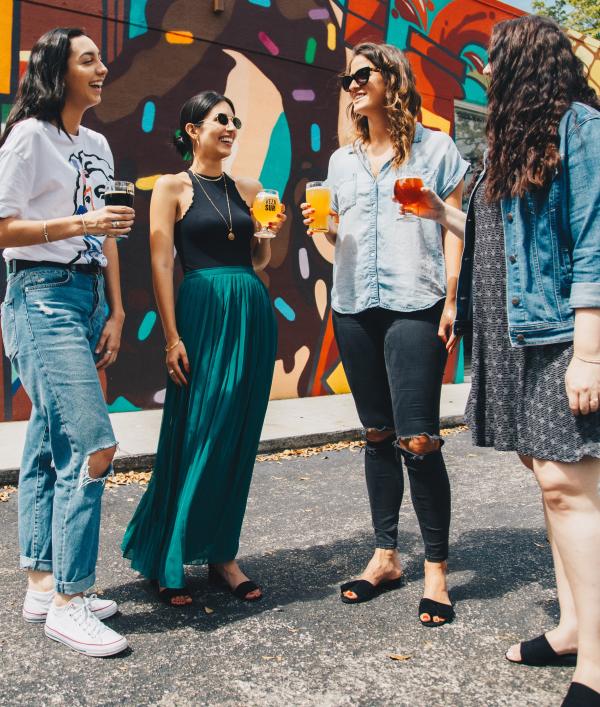 Photo by Elevate on Unsplash

The soldiers of humanity were drafted by evolution. They love what they do and often find it fulfilling, but they deserve compassion and respect as they battle pain, fatigue and a host of physiological problems.

Women bear the brunt of the burden of procreation. We take on most of the cost or perpetuation of the species.

We create a new home for possible life in our bodies every month. And when such life does develop, we house it, and sustain it for nine months within our bodies, sometimes at severe cost to our own health and well being.

Morning sickness, ectopic pregnancies, pre-clampsia, gestational diabetes are only a few of the complications that arise. The nine month long stressful journey often culminates in hours of painful labor, and ever so much more painful child birth. In many cases tears and stitches follow. In some cases women have to endure surgery for safe and successful childbirth.

In the months that follow, hormones wreak havoc on our already stressed and sleep deprived systems, so we can nurture the new life we have birthed. A woman’s brain goes through significant changes during pregnancy and in the first few months after childbirth. Some suffer from psychological conditions like postpartum depression.

Are any of these a sign of weakness? I think not. The fact that the human species thrives, indicates that these stand testament to the endurance and strength of women.

Childbirth in humans is more difficult and painful than in most other species and human babies are far more helpless and for far longer than newborns of other species. This is the price we pay for human intelligence.

And of all of this, women endure quite happily for the most part, for it is all natural, and we all like our intelligence and other abilities.

Now let’s talk about the unnatural.

What is unnatural is, after women assume the lion share of the work involved in perpetuating the species, instead of being compensated for it, they are punished for it, in one way or another.

Compensating women does not mean making decisions for them. They neither need to be locked away, deprived of opportunities for being dirty or fragile, nor should they be forced to work through excruciating pain or discomfort. Every woman needs to be recognized as an individual allowed to choose how she wishes to balance her physiological, emotional, intellectual, physical priorities. As intelligent adults, they are quite capable of making optimal decisions that work best for their own particular circumstances and bodies.

It is not for men or society, or offices or organizations or governments to tell women what to do during periods or pregnancy or childbirth. It is for them to listen to what women need and respond with compassion flexibility and humanity, keeping in mind that evolution has already drafted women in to doing their share for society. Yes, women are the drafted soldiers that keep humanity going. It’s now society’s turn to ask what it can do in return.

No Shame in Owning What You Earn

So that is why there is absolutely no shame in needing period leave or maternity leave. Those who want to avail of it should be able to do so without guilt or shame, and it should not be forced upon those who wish to do without. Period leave is not charity, but painfully earned for our unconscious everyday toils.

Women do their bit for society everyday from building wombs to destroying them to recreating them to growing and nurturing life. So women’s needs don’t make them a financial burden on either society or work places. Women enable humanity to function and thrive. For that they deserve the right to follow their dreams and pursue their passions, and it is the duty of organizations, work places and society in general to smooth the path for them, in compensation for relentless duty these soldiers cheerfully and diligently perform for the human race itself.

Women neither need to be idolized nor demonized, simply given their due.