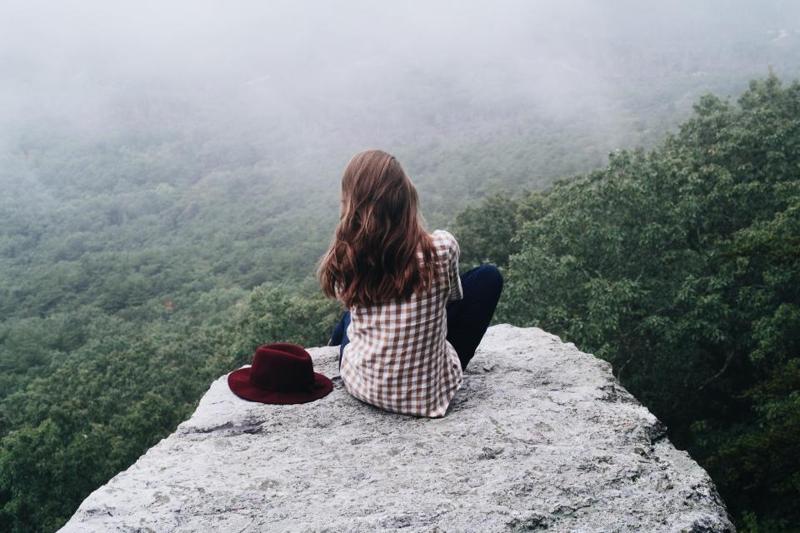 I have a weakness for the wrong type of man. The type who lives dangerously, on the edge of a cliff, thriving on adrenaline. Nothing wrong with that I suppose, but it’s not good for me. I, who thrive on order and planning, often find myself magnetically attracted to the opposite kind, but I have learned the hard way, that a relationship like that is too volatile.

I have been heartbroken several times, and now I know better. So this is where I come, when I need a reminder. This time it’s Dave. He is new in the neighborhood. We met last night, when we happened to be taking out the trash at the same time. We chatted. He started up his own firm. It seems to be working well for him, but he is already jonesing for a new risk. White water rafting, bungee jumping, motorcycle racing, he has already tried these. But the rush never lasts. Next on his list is skydiving.

I could feel the attraction pulsing through my body. The flirting came naturally. He invited me for dinner tonight. That’s why I am here.

This place reminds me, that some things are best appreciated from a safe distance. The enthralling beauty of this gorge for example is delightful, so long as you are not falling headlong on to it. Well one dinner could do no harm could it? I’d be careful. He is my neighbor after all. It would be rude not to go, wouldn’t it?

Okay! I told myself sternly, just one dinner and that’s it. I got up to leave. Just then a gust of wind blew my hat over the ledge. Forgetting where I was, I stretched my hand out to get it and almost stepped off the cliff. I remembered just in time to keep my balance and just about managed. That was close. I watched, still frozen in fear, as my hat fell to the depths of the gorge and disappeared.

“Okay, I get the message, no dinner. I’ll find a polite excuse.” I shouted out loud to the vast valley, still shaking with fright.

This story was inspired by this photo.