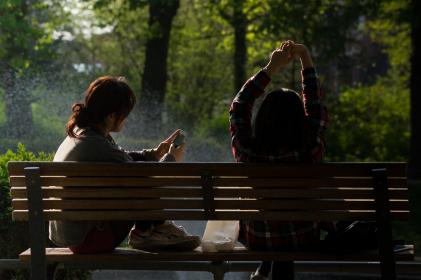 Nikki was feeling exhausted. Her best friend Deepa was visiting after almost a year. Nikki should have been elated. But she could not muster the enthusiasm. She was emotionally spent.

She remembered how optimistic she was during Deepa’s last visit. Deepa was a month pregnant, and Nikki after years of trying to conceive, had decided to try invitro fertilization (IVF). She had felt hopeful. The best friends looked forward to supporting and helping each other through the challenges of motherhood. Being in different cities wasn’t a big deal. With WhatsApp, Facetime and what not, they had always remained close.

But the last year had been the most harrowing of Nikki’s life. The havoc wreaked by the injected hormones on her emotions was the least of her daunting challenges. Trying to stay positive and upbeat each day to maximize her chances of a pregnancy, only to be disappointed by failure and then trying yet again was stressful. She had already been through two failed cycles of IVF, and on this third cycle, she had dared to hope, when the implantation worked, but then, a a few days ago, in her eleventh week, she had a miscarriage.

The whole experience had left her physically and emotionally drained, but she still felt restless and now Deepa would be arriving any moment with her cherubic two month old son. The friends hadn’t had much time to talk in the last few months, and Nikki was worried she would sound as bitter as she felt. She hoped Deepa would not be nauseatingly euphoric.

But as soon as she opened the door and saw Deepa, she knew something was terribly wrong. Her bitterness was immediately replaced by concern. Deepa had dark circles under her eyes. She looked haggard, as if she had aged several years.

Nikki hugged Deepa and then cuddled baby Amit. He was a delightful bundle of joy and Nikki couldn’t help feeling jealous, but she decided to make the most of her time with a baby.

“Wow Deeps, he is so adorable.” Nikki gushed.

“Yes he is perfect.” Deepa smiled, but Nikki noticed her smile was strained. Just then the baby started crying and Deepa grimaced. “He needs a feed.” Deepa said fumbling through her bag and pulling out a bottle.

“Oh. I thought you wanted to breastfeed.” Nikki was surprised.

“I could not make it work.” Deepa said. Nikki did not press further. Clearly this was a sore subject.

“So how is Ravi? Does he like being a dad?” Nikki asked wondering if Deepa was having marital problems.

Deepa’s face genuinely lit up. “He loves it. I was worried about how I would manage this trip without him. Initially he took a month of paternity leave from work, but now he takes charge of Amit in the evenings for a few hours cooing and gurgling like I never knew he could.” Amit had fallen asleep, so Deepa burped him, and set him on a mat on the divan and sat next to him. “But Amit reminded me that you were there to help, and I really needed a break. So tell me what’s going on with you? How is the pregnancy coming along?”

Nikki’s face fell as she told Deepa about the miscarriage. Deepa walked up to her and hugged her. “I am so sorry Niks. I am so sorry.” The friends continued hugging for a minute. It felt really good.

“Deeps, whats going on with you? Something is wrong. I know it. Please tell me.”

Deepa sat down on the sofa next to Nikki and sighed. “I am suffering from postpartum depression (PPD). I don’t know why or how. Ravi suspected it and begged me to see a doctor. He was right. I feel like I can’t bond with Amit. I don’t feel a strong connection with him. The doctor says I am overcompensating. I am perpetually tired. Amit wakes up for a feed every couple of hours in the night, and I can’t go back to sleep after feeding him. I started expressing milk, so Ravi could do some of the feeding. I managed to hurt my nipples really badly both because something is wrong with his latch and the expressing is uncomfortable. Finally I gave up and switched to bottle feeding.”

Deepa collapsed on the couch, as if she was finally giving in to her exhaustion. Nikki was consumed by a mixture of pity and anger. Here she was trying so hard to have a baby, and all Deepa could do was complain about the baby she was blessed with. Did she know how lucky she was? But seeing the physical changes in Deepa made her realize that Deepa’s problems were just as real as her own.

“Can you promise not to be angry Niks, if I ask you something?” Deepa ventured.

Nikki was wary. “Okay. Go ahead. Ask.” She replied reluctantly.

“Why wont you adopt Niks? Is Vivek, or one of your families against it?”

“No. They are all actually for it. Vivek has been very supportive with the IVF and my mood swings, but he has also told me that he is open to adoption. I am against it. I know the emotional stress of IVF treatments has taken it’s toll on Vivek too. But I don’t want to give up yet. I want to go through pregnancy, grow my baby in my womb and then raise him or her. I want that experience. I have read that pregnancy changes the maternal brain, and helps mother and baby bond.” She stopped abruptly remembering Deepa’s PPD.

There was an awkward silence. “Niks, I know you don’t want to hear this, but the pregnancy does not guarantee anything. Look at me. Besides if fathers can manage ...”

“Pregnancy guarantees that the baby will be a part of me and Vivek for that matter. Besides, if it can be so hard when it’s your own, how much harder must it be with adoption?” Nikki replied defiantly.

Just then Amit woke up crying. Deepa was about to get up, but Nikki already had. She was walking around the room whispering sweet nonsense in to his pink years and bouncing a little to calm him down. Soon Amit started cooing. A strange feeling of contentment spread through Nikki, as she felt herself bond with Amit. She could not believe how easy it was to like this strange baby. Only then did she realize how much she was craving the love of a baby, any baby.

Deepa shot her an annoying, I told you so look mingled with envy. Nikki suddenly had an idea. “Deeps. I think we can help each other out.” She said. “Let’s use this weekend to tackle our problems for real Deeps. Let’s help each other out like we always have. I will look after Amit tomorrow. You can give me all the instructions you want and I promise to follow them to the letter, but I want you to trust me with him. Opposite my building is a day spa. Leave Amit with me, take a book along, and spend the whole day there relaxing. I will take care of Amit and may be I can convince myself that an adopted baby and I will be able to love each other.”

“Leave Amit with you? Are you crazy Niks? You have never looked after a baby.”

“Yes, but I have never let you down in 25 years and I promise I won’t start now. Please trust me, and give me this chance.” Nikki pleaded and Deepa finally nodded.

In the evening Deepa genuinely longed for Amit, having been away from him all day.

When Vivek returned from work, Nikki told him she was ready to try adoption. She had rested, overcome her deepest fears, and now she was ready for a new and different kind of challenge. Then she turned to Deepa. “But Deeps, I am hoping to adopt a new born, so can I practice with Amit some more?”

“Be my guest. I have a kindle full of books here.” Deepa replied waving her Kindle in her right hand as she tickled Amit’s tummy with her left, eliciting a heart warming giggle from him.